The following three images were the winners of the 2016 NSS Roadmap to Space Settlement Student Art Contest, followed by three Honorable Mentions. 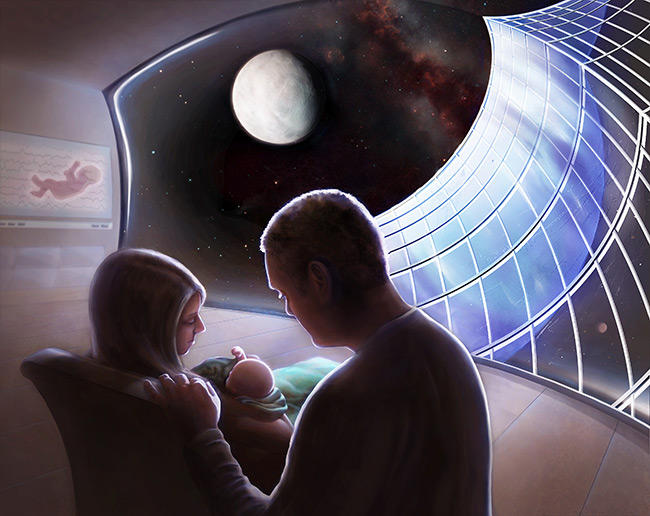 Description: Pioneers of the Cosmos paints a picture of hope for the future of humanity. Successful habitation of an orbital space settlement and propagation of the human species in space has been accomplished. The foreground of this image reveals an intimate family setting after the birth of a new baby. Neptune, reflected in a light sail, and its moon Triton are visible in the background through the large window of the birthing room. Tools used: Pioneers of the Cosmos is a digital painting created in Photoshop. 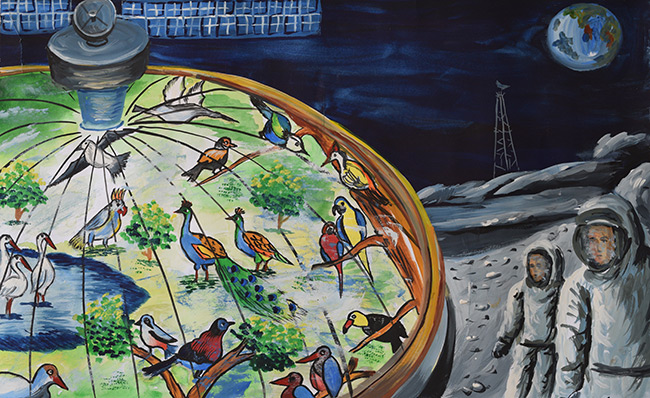 Description:This artwork displays the pleasures enjoyed by astronauts in a lunar settlement. They will get an opportunity to appreciate the beauty of one of the greatest marvels from the Earth: the Aves. Tools Used: Poster colors, Adobe Photoshop. 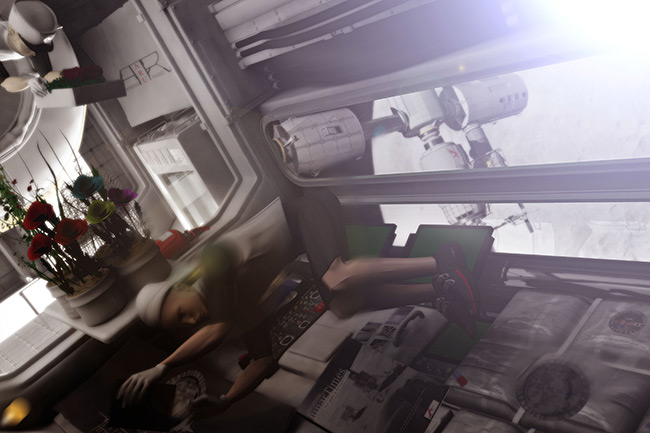 Description: A geneticist working on new types of plants that are genetically modified to adapt to the micro-gravity environment in conjunction with private aerospace corporations that are working hard toward the new frontier of lunar colonization. The research is conducted in one of the modules that formed the “International Lunar Orbit Station Apollo.” The space station was named “Apollo” to honor the memories of first human missions to the Moon from 1968 through 1972. Tools Used: Autodesk 3dsmax 2009 and Zbrush 4 for modelmaking and rendering. Post production, final editing and color correction with Photoshop. 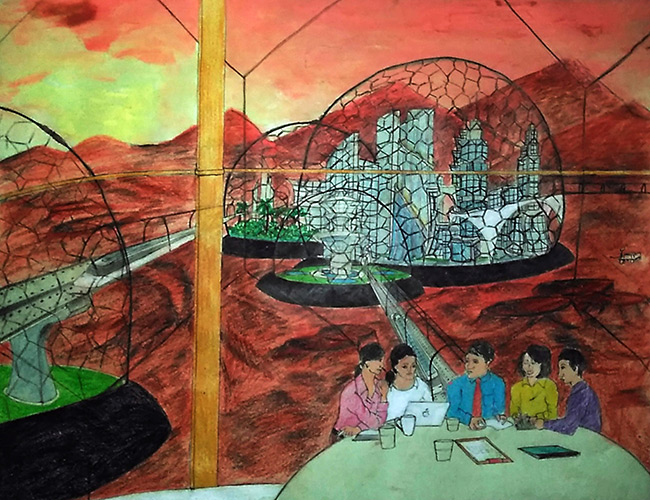 Description: This picture depicts a possible human settlement in the future. Mars has been a center of attraction for human settlement and is a good destination to provide the necessary requirements to build a civilization. Tools Used: The art work has been done with the help of crayons, water color, and water based sketch. 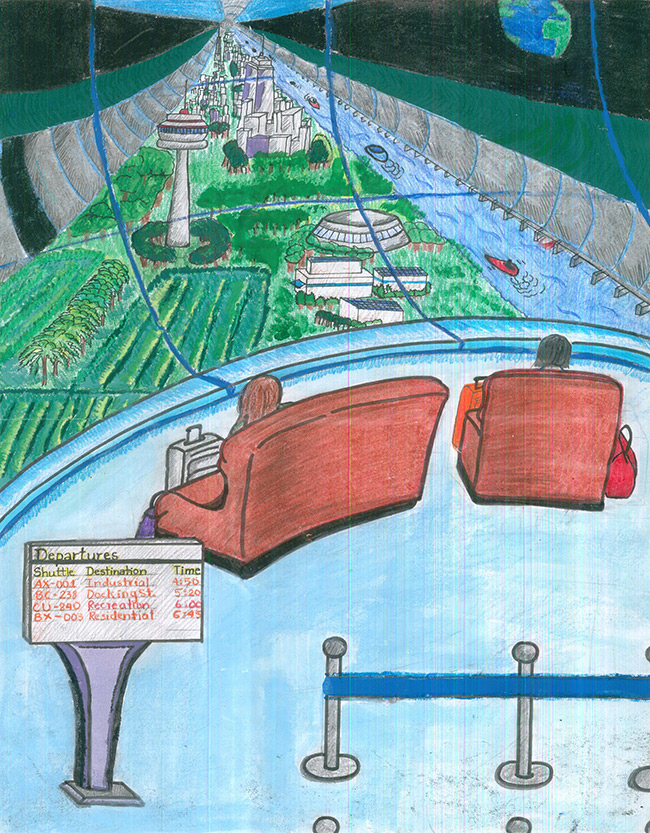 Description: In my art, people look down upon the vast structure of an agricultural torus from inside a shuttle port which is an internal transport facility. Tools Used: Water colors, crayons.