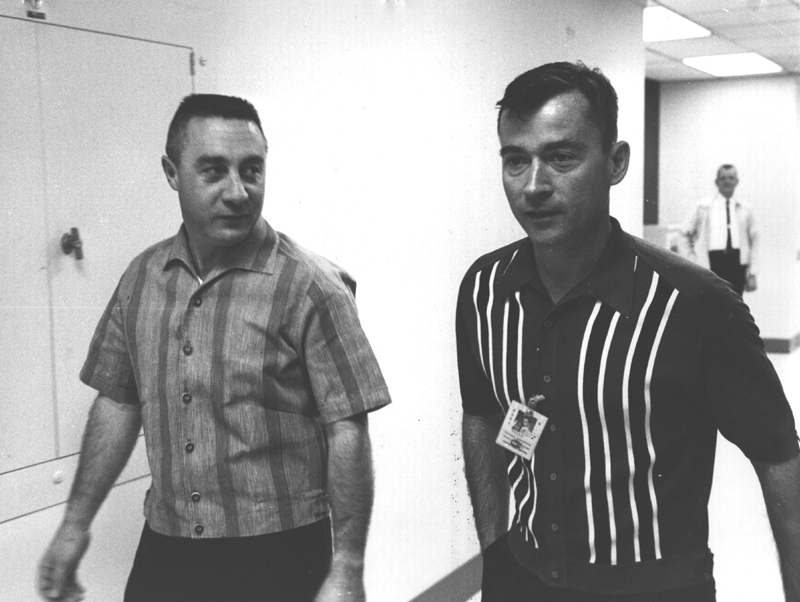 “Dang Gus. Ah hope they have some bacon n’ cheese grits at the pre-flight breakfast.” Gus Grissom is probably bewildered by John Young’s Orlando ways prior to Gemini 3, March 1965. 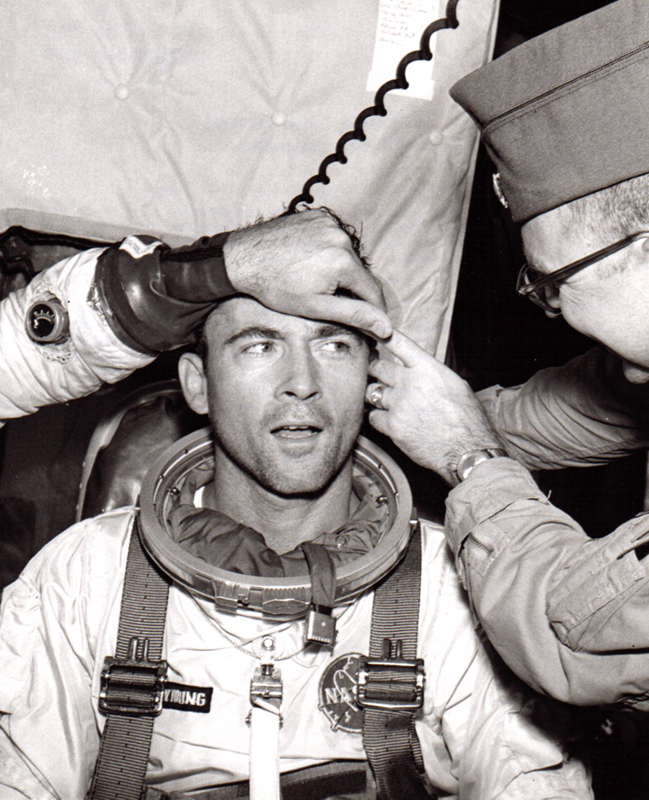 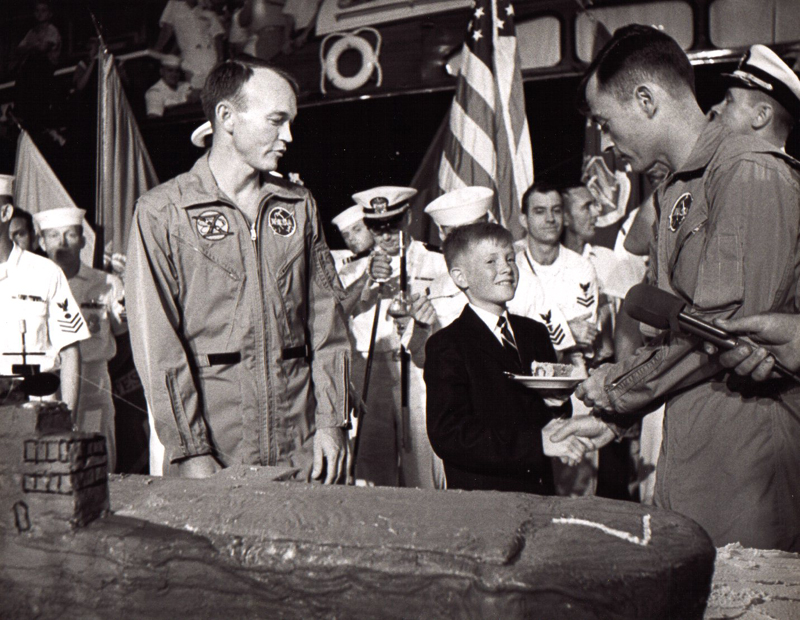 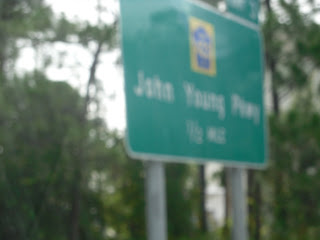 “Whut? They made a parkway out of meh? Aw shucks. Ah ain’t dead yet. Nope. Far from it.” John Young Parkway exit sign near Orlando, Florida. 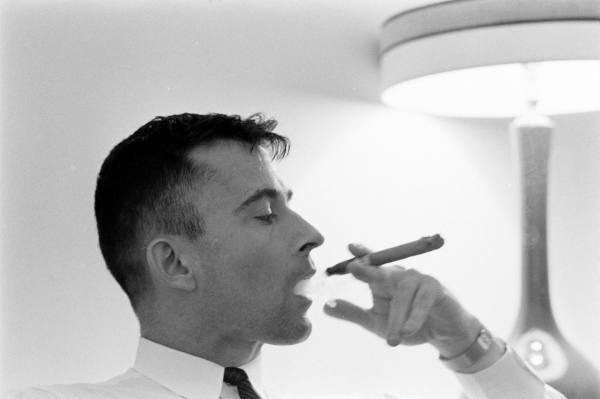