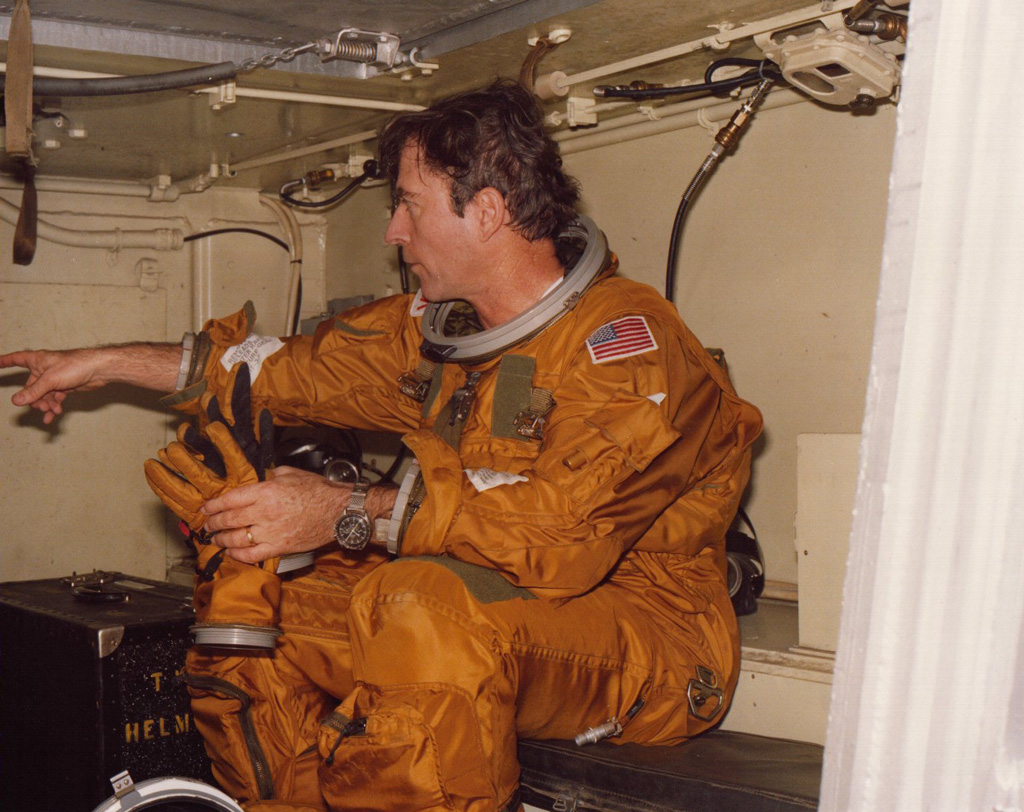 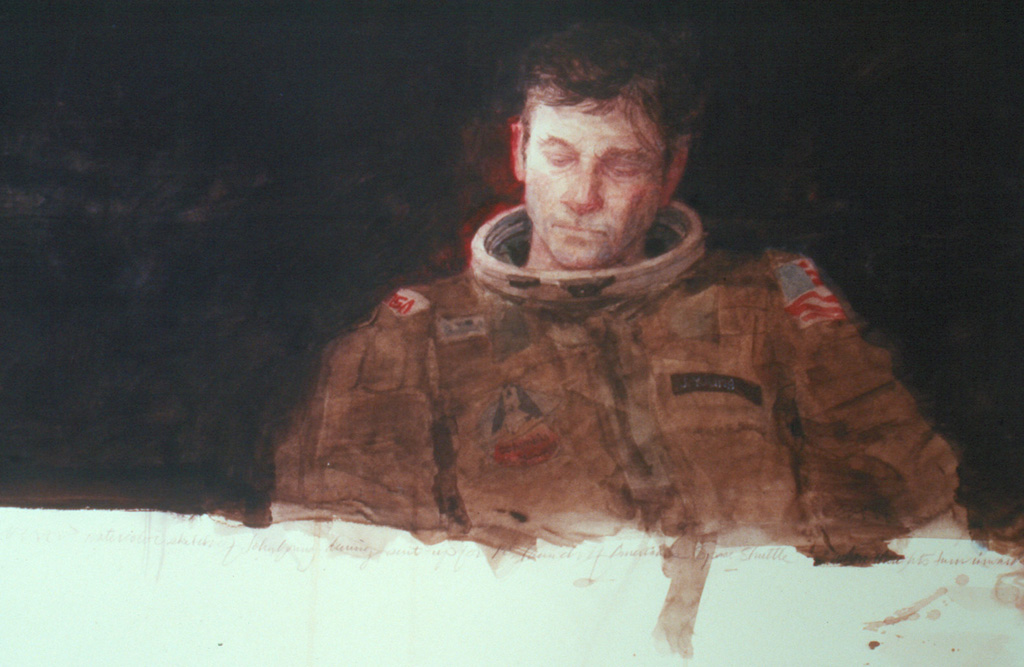 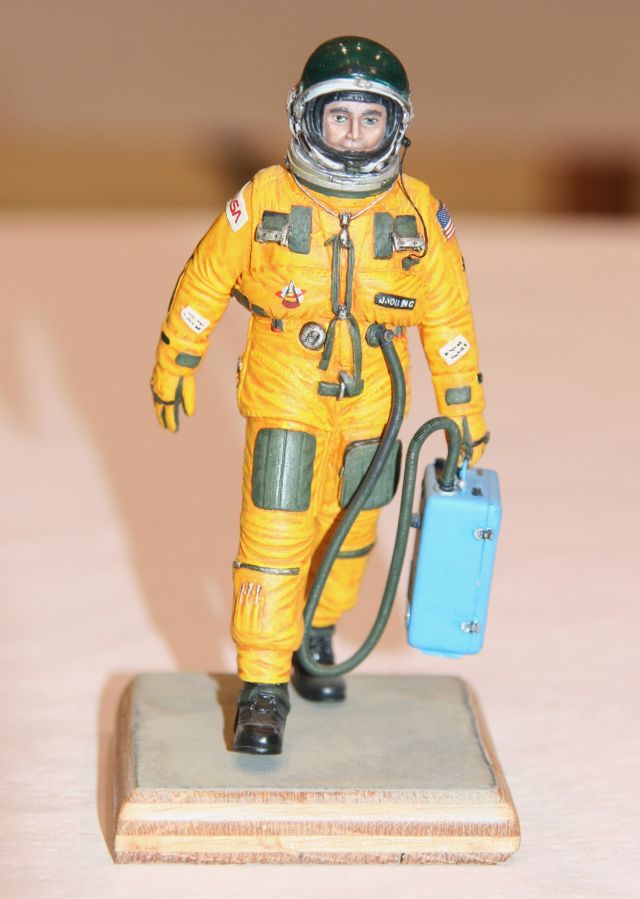 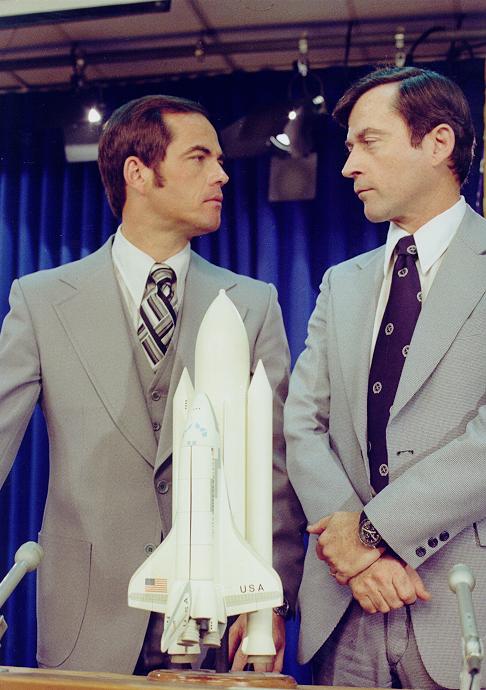 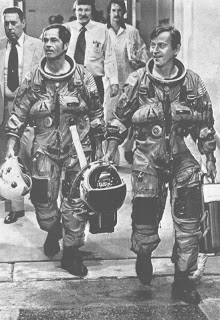 “Imma gonna fly the hell out of this shuttle rascal.” Crippen and Young swagger their way into spaceflight history, April 12, 1981.
All photos (save for painted figurine) courtesy of NASA; painting by Henry Casselli.