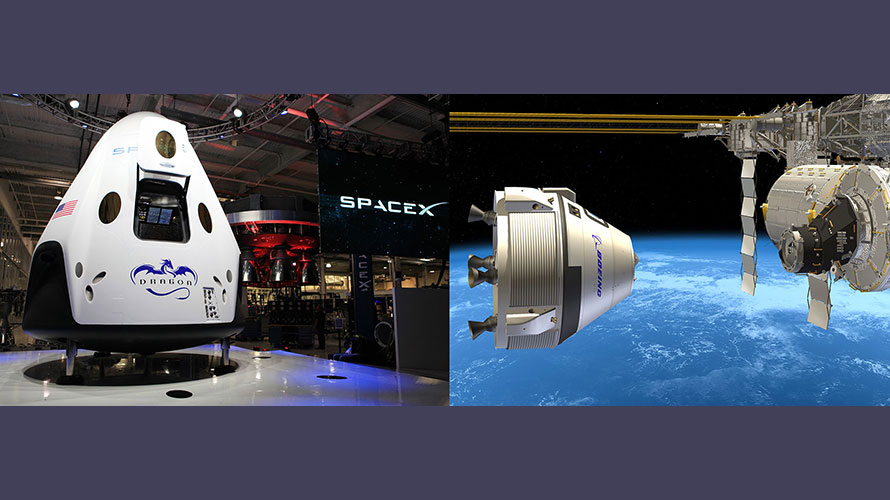 The Alliance for Space Development (ASD) has had remarkable success lobbying Congress to adopt space development and settlement objectives including:

All this with very little money and a rather small number of volunteers.

ASD consists of a number of pro-space non-profits lead by the National Space Society (NSS) and the Space Frontier Foundation (SFF). ASD establishes three to four objectives each year to focus on, and has two campaigns each year where volunteers visit Congressional offices. While it is possible that the objectives may have been met regardless of ASD activities, timing suggests that ASD played a positive role in adopting these objectives. Analysis of the successes and the not-yet-successful suggest that the objectives most likely to succeed involve existing government programs that just require some attention or, most often, are starved for resources.

In 2014 senior leadership in NSS and SFF decided to join forces to lobby Congress and the executive branch to adopt policies that support space development and settlement, including commercialization and industrialization of space and, eventually, large numbers of people living and working throughout the solar system. ASD was created to advance this vision.

ASD’s members are pro-space nonprofit organizations. Most of the day-to-day business of ASD is conducted by a four-person board, two each from NSS and SFF, and an executive coordinator, all volunteers. ASD is involved in a number of lobbying activities:

1. March Storm: Volunteers travel to Washington DC to meet with Congressional staffers and members. The meetings are pre-arranged by a coordinator. Every attempt is made to target space-related committee members and districts that the volunteers vote in. This activity takes place over a few days and generally involves roughly 30 volunteers.

2. Fall Fury: This is similar to March Storm except that it takes place in the home district and meetings are timed, when possible, when Congressional members are at home. This activity takes place over a few months and generally involves roughly 40 or more volunteers.

3. From time to time ASD asks its member non-profits to ask their own memberships to contact Congress on space development or settlement issues.

4. This year (2019), ASD has worked with an independent contractor who lobbies full time and creates lasting relationships with members and staffers. This individual is a former ASD board member.

Each year the ASD board selects three or four objectives to focus on and creates powerpoint slides and legislative language to describe and support the objectives. The slides are given to March Storm and Fall Fury volunteers to talk to and leave at congressional offices they visit. These objectives and reports of the results may be found on the ASD web site at http://allianceforspacedevelopment.org/about-us/

In the following sections we examine all of the objectives that were adopted over these five years. The first objectives listed were successful in that they were adopted as policy. This does not necessarily mean that ASD was responsible for the adoption decisions; it could be that adoption would have taken place regardless of ASD intervention.

The commercial crew program is developing launchers to take astronauts to the ISS (International Space Station). The program was chronically underfunded until May 5, 2017, when the president signed a law fully funding Commercial Crew at $1.185 billion for that year. The program has been fully funded up to the present day and is currently in the final test phase.

When ASD was formed there was a wide-spread assumption that the ISS would be deorbited in 2024. Since then the date has been pushed back, but more important is that NASA is expected to operate the station until commercial alternatives are available. Again, one cannot prove that ASD made the difference, but the associated documents use language similar in meaning to ‘gapless transition,’ the term ASD used.

After the successful flight of SpaceShip One to win the Xprize—$10 million to fly a suborbital human-capable launcher into space twice within a week—there were attempts to build a similar vehicle to take tourists into space. Congress and the administration made regulatory changes to accommodate reusable launch vehicles. However, these regulations were made under the assumption that development would be faster than was the case and revision was needed. In particular, ASD pushed the following changes:

2. Allow RLVs to switch the applicable regulation between amateur, experimental, and operational. In particular, this provides flexibility to experimentally modify operational RLVs and test them under more appropriate regulation.

Only the first of these were written into legislation that became law.

NEOCam was a project to build an infra-red space telescope dedicated to finding asteroids and comets, particularly those that may someday strike Earth. For many years NEOCam was not approved as a project to fund and execute, in part because it was competing with science missions. While NEOCam should be able to do excellent science the primary purpose of the mission is to protect Earth from massive destruction.

In the fall of 2019 NEOSM was earmarked for full funding, the NASA administrator announced that the name was changed to NEOSM, and NASA created a new entity focused on planetary defense which included the NEOSM and DART missions (DART is an asteroid deflection mission). This was significantly more than ASD had hoped for or requested.

Not surprisingly, not all ASD objectives have become executive policy or legislative law. In this section we examine the objectives that have not yet been accepted and acted upon. It should be noted that the objective for commercializing cis-lunar space actually represents a number of related objectives ASD has adopted over the years. If the objectives here listed in the Successful and Not Yet Successful categories are combined, most of ASD’s objectives are represented.

The biggest barrier to space development and settlement is the high cost of launch. ULCATS (Ultra-Low Cost Access To Space) is intended to spark an order of magnitude or greater reduction in launch cost. Achieving ULCATS almost certainly requires fully, or near fully, reusable vehicles.

While ASD has had very little success moving the ULCATS ball forward with government dollars, SpaceX is developing a pair of vehicles, Starship and Super Heavy, that, if they hit or nearly hit their performance targets, will satisfy the ULCATS ASD objective.

ASD has pushed legislative language establishing enabling space settlement as an additional goal not only for NASA but also for the space activities of the Commerce and Transportation Departments. Previous laws indicated support for the concept of space settlement, but this is frequently overlooked. ASD would like to have the language added to the foundational NASA law that created NASA, and similar language added to the laws governing the Department of Transportation and Department of Commerce, both of which have important roles for commercial space.

At one point there was overt resistance by an influential staffer and this objective was left out (2018), but the staffer’s member left Congress and the attempt was made yet again in 2019. As this is a core value of ASD we will continue to support legislative language along these lines until successful.

Given the minimal resources at ASD’s command, it is not surprising that a convincing argument and show of interest is the only real power ASD has. There is no money for campaign contributions and no power that can be brought to bear on opponents. However, space development is not particularly expensive by federal government standards and space development and settlement is, in fact, a good idea with major benefits to the taxpayer.

It is interesting to note that all of the successful objectives (Commercial Crew, ISS gapless transition, RLV regulation, and NEOSM) were changes to existing projects, whereas all of the not-yet-successful objectives are new projects. It is, of course, not surprising that it is easier to influence existing program resources than to start projects that are entirely new to Congress.

When ASD is choosing a year’s objectives it might be wise to choose existing programs that are starved for resources when choosing between two objectives that are otherwise about equal.

With very minimal resources ASD appears to have played a positive role in re-directing federal policy to favor space development, particularly for existing projects starved of resources. ASD has not been able to play a similar role for space settlement. Perhaps because we have not yet established settlement as an official federal goal as Earth observation, exploration, and space science are. That over half of all ASD objectives have been accomplished is a remarkable feat given the sparse resources available. Some might have been accomplished without ASD, but the timing of success suggests that ASD played an important role in at least some cases.

Why has ASD been so effective? It’s not resources, there aren’t many. While the board is strong, it is not head and shoulders more capable or intelligent than others seeking to influence government policy. The reason may be the intrinsic rightness of the goal of space development and settlement. This leads to two forces: Congressional members and staffers want to help because it’s a worthy goal and there is little opposition. Therefore, a four-person board and a few hundred volunteers is enough to tip the scales of government to favor space development at ever increasing levels.

In the words of NSS’s Mark Hopkins: We are winning!

Thanks to Aaron Oesterle, NSS Washington Representative, for reviewing this document. Thanks to David Brandt-Erichsen and Judy Tippett for copy editing.