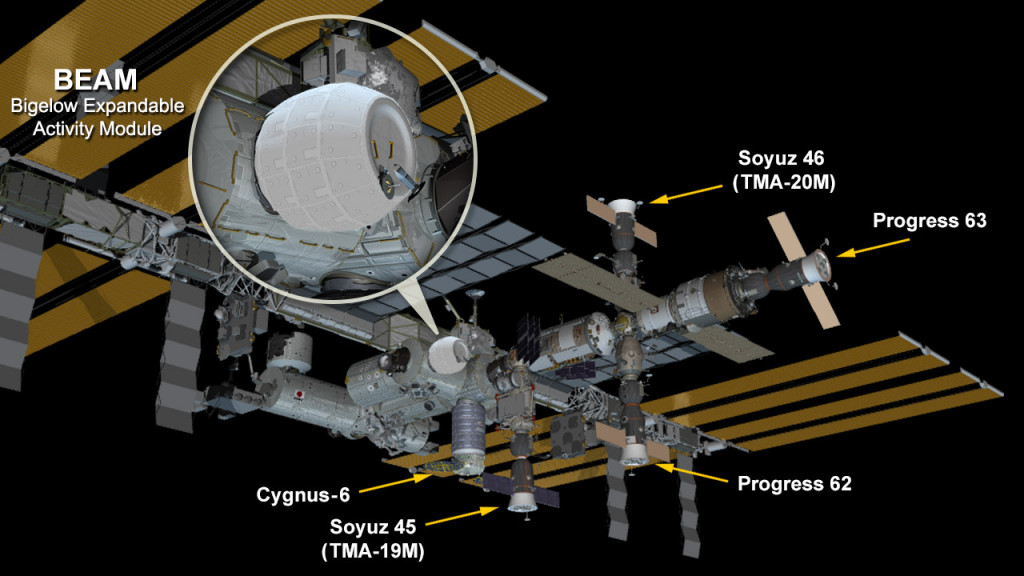 BEAM was pressurized May 28 on the International Space Station, where it will remain attached for a two-year test period.

Leak checks are being performed on BEAM to ensure its structural integrity. Hatch opening and NASA astronaut Jeff Williams’ first entrance into BEAM will take place about a week after leak checks are complete.

BEAM is an example of NASA’s increased commitment to partnering with industry to enable the growth of the commercial use of space. The project is co-sponsored by NASA’s Advanced Exploration Systems Division and Bigelow Aerospace.

Expandable habitats are designed to take up less room on launch but provide greater volume for living and working in space once expanded. This first test of an expandable module will allow investigators to gauge how well the habitat performs and specifically, how well it protects against solar radiation, space debris and the temperature extremes of space.