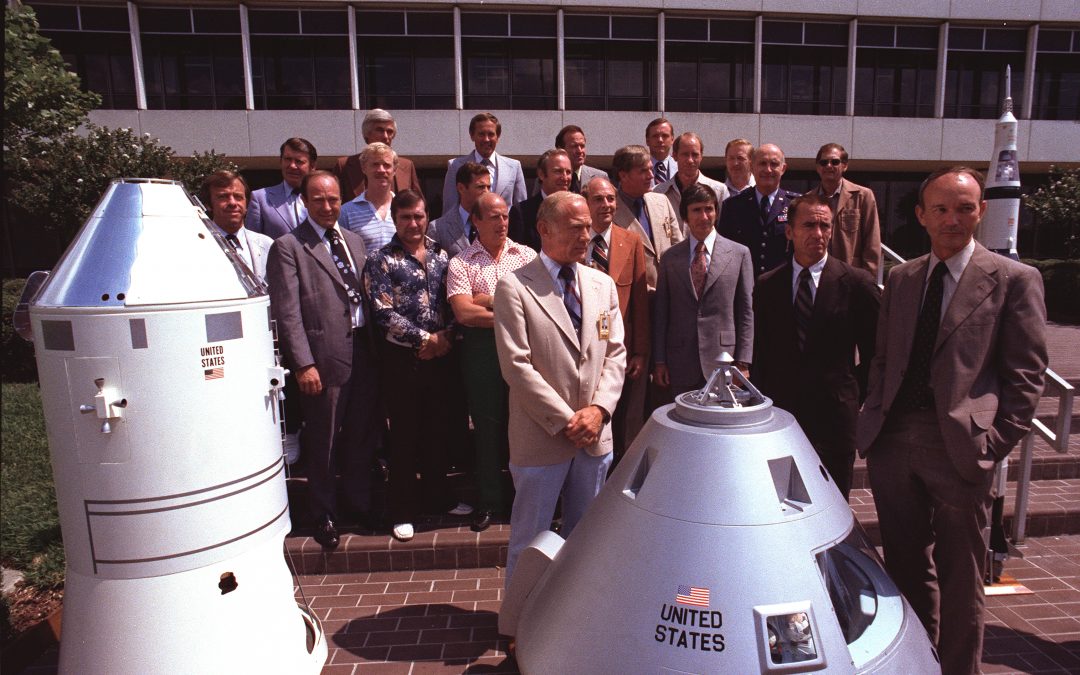 The last two years have seen an influx of media involving Apollo 11 and, in turn, its enigmatic mission commander, Neil A. Armstrong. In October 2018, his life and career received the big screen treatment in First Man, a masterful Russian nesting doll of a film starring Ryan Gosling as the titular astronaut, and directed by Damien Chazelle. The film was based upon the 2015 biography of Armstrong bearing the same title, which was written by Dr. James R. Hansen. Hansen based the book upon copious interviews with a previously interview-shy Armstrong, and Armstrong’s colleagues, friends, and family. It remains the definitive article concerning Armstrong’s life.

Last year, Hansen published Dear Neil Armstrong: Letters to the First Man from All Mankind, which compiled correspondence received by and sent from Armstrong in the years following the mission that would come to define much of his professional life, even though he was most at ease discussing his years as a test pilot and aviation aficionado. A second volume of letters, A Reluctant Icon: Letters to Neil Armstrong, is Hansen’s latest contribution to Armstrong scholarship, and lives up to its title; it shows a First Man who, while being unfailingly modest and polite, is more at ease turning down public appearances and entreaties to reveal more about his personal beliefs and peccadilloes than making splashy celebrity cameos. In turn, the less-than-revealing Armstrong reveals a lot about his personality, and his values – even by his silence.

This latest volume of letters, perhaps even more than the first volume, reveals the incredible burden of fame Armstrong was forced to endure following Apollo 11. He received letters concerning spirituality and religion (spoiler: he was not interested in discussing these topics), and a surprising volume of angry, bratty letters from autograph seekers and people pushing him to make “star” appearances at all sorts of events (another spoiler: he was less than enthusiastic about these things, too). He also was the unfortunate recipient of a great many letters from conspiracy theorists, UFO obsessives, and various crackpots. These chapters underscore why he chose to recede from the spotlight versus embrace it like some of his colleagues; indeed, a 1978 NASA photo of an Apollo astronauts reunion shows Armstrong sequestered in the back row, unsurprisingly not wanting to draw attention to himself.

In this photograph Armstrong is standing behind Al Worden, Apollo 15’s command module pilot, and a recipient of one of the First Man’s letters, which appears in the chapter “Fellow Astronauts and the World of Flight.” The 1978 letter from Armstrong to Worden is wonderfully warm, and shines a brief light into what was a good relationship between two former colleagues. Notably, Armstrong was very welcoming to Worden despite a much publicized stamp scandal that ended the latter astronaut’s spaceflight career, even though many years later it was revealed he had nothing to do with this scandal. This brief but chatty letter shows how Armstrong didn’t judge his tarnished colleague, and his remarkable humanity. (Notably, there are no such letters in this volume from or to Dave Scott, Apollo 15’s commander, and Armstrong’s Gemini 8 crew mate.)

There are also a great many letters from Jim Irwin, Apollo 15’s lunar module pilot, who was leading the High Flight Foundation while fighting what would ultimately become terminal heart disease. While Armstrong declines Irwin’s multiple entreaties to work with his foundation, he provides a master class in how to politely turn down opportunities that don’t necessarily reflect his image or interests. In a later letter from Mary Irwin, Jim’s widow, to Armstrong, she urges Armstrong to take care of his own heart following a 1991 heart attack. This letter darkly foreshadows how Armstrong’s own life would come to what we now know was a needless end, due to complications following what should have been routine heart surgery in August 2012.

The final chapter serves as a big reveal for Armstrong completists, and Hansen does not shy away from revealing who and what killed him. While this information may be traumatizing for some of Armstrong’s longtime fans and followers, its brutal honesty should be appreciated; while the essay preceding the final batch of letters is hardly an easy read, it emphasizes how a man who survived so, so much – from the agonizing death of a toddler child, to a harrowing few seconds before settling down upon Tranquility Base – could have his light extinguished so easily by a simple medical mistake.

While some may criticize Hansen for including this horrifying information in A Reluctant Icon, here we see a truly complete account of Armstrong’s life – and death. The book, despite revealing the terrible circumstances surrounding Armstrong’s final days, does have a positive, uplifting ending; the spate of condolence letters received by his family shows how loved and missed this reluctant, unlikeliest of heroes really is.

Featured Photo Credit: S78-34135 (21 Aug 1978) — “A number of former NASA astronauts assemble for a 1978 reunion near the Johnson Space Center’s Project Management Building. Astronaut Charles Conrad Jr. is fourth from the left on the row of astronauts on the stairs’ first step.” A full list of astronauts’ names can be accessed via this link; Neil Armstrong is at back right, behind Alfred Worden.