The NSS publishes a variety of content including our award-winning ad Astra magazine, our peer-reviewed Space Settlement Journal, and our e-newsletter.

Please use our NSS Amazon links! ANY purchase (books, electronics, etc.) earns a credit for NSS at no cost to you. Bookmark THIS LINK for ALL your Amazon shopping.

Opinions expressed are those of the reviewers and do not necessarily reflect the views of the National Space Society. To get a book reviewed by NSS: send query with book description to [email protected] Do NOT send attached files with your query. Do NOT mail books to the NSS address. We usually respond to queries within 10 days. Note: review copies must be provided free. They can be electronic, but books must also be available in print. We are ONLY interested in books about human exploration and settlement of space. 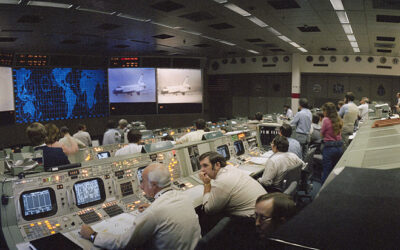 This Space Available by Emily Carney. The shuttle program, once a symbol of America’s technological might, is frequently a subject of think pieces that depict it as an overly-ambitious step back after the Apollo lunar missions. Enter Marianne J. Dyson, one of the first women flight controllers during the early days of STS, and author of the newly-released Shuttle Mission Control: Flight Controller Stories and Photos, 1981 – 1992. Her newest book is a fascinating, energizing look at the program’s early history, technology, and personalities.

END_OF_DOCUMENT_TOKEN_TO_BE_REPLACED

Homer Hickam, author of Rocket Boys which became the movie October Sky, summed it up this way: “This is as important a book on space as has ever been written and it’s a riveting page-turner, too.” Required reading for understanding what is currently going on in space. The road to Mars begins here!

A potential Earth-destroying disaster looms, so humanity must establish a colony on Mars soon. This is the premise driving Arcadia Mars. Though fiction, this story portrays a thoroughly detailed and plausible program for settlement based on a realistic extrapolation of technology into the near future.

END_OF_DOCUMENT_TOKEN_TO_BE_REPLACED 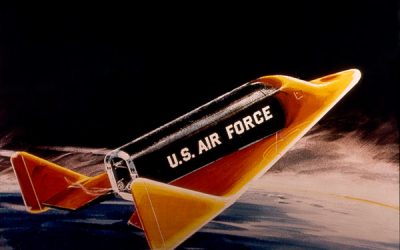 Sometimes, young adult novels from the past define the desired values and “pulse” of an entire era. One book series, very aggressively marketed to teenage boys in the early 1960s, is the “Mike Mars” series written by science fiction author Donald A. Wollheim, and published by Doubleday.

Countdown: 2979 Days to the Moon, by Suzanne Slade. Reviewed by Clifford R. McMurray. Especially wonderful about this children’s book about Apollo are the illustrations by Thomas Gonzales that adorn almost every page—some of the finest space art I’ve ever seen. For the beauty of the story and the artwork, Countdown has won a number of well-deserved awards, including the National Science Teachers Association award for best STEM book of 2019.