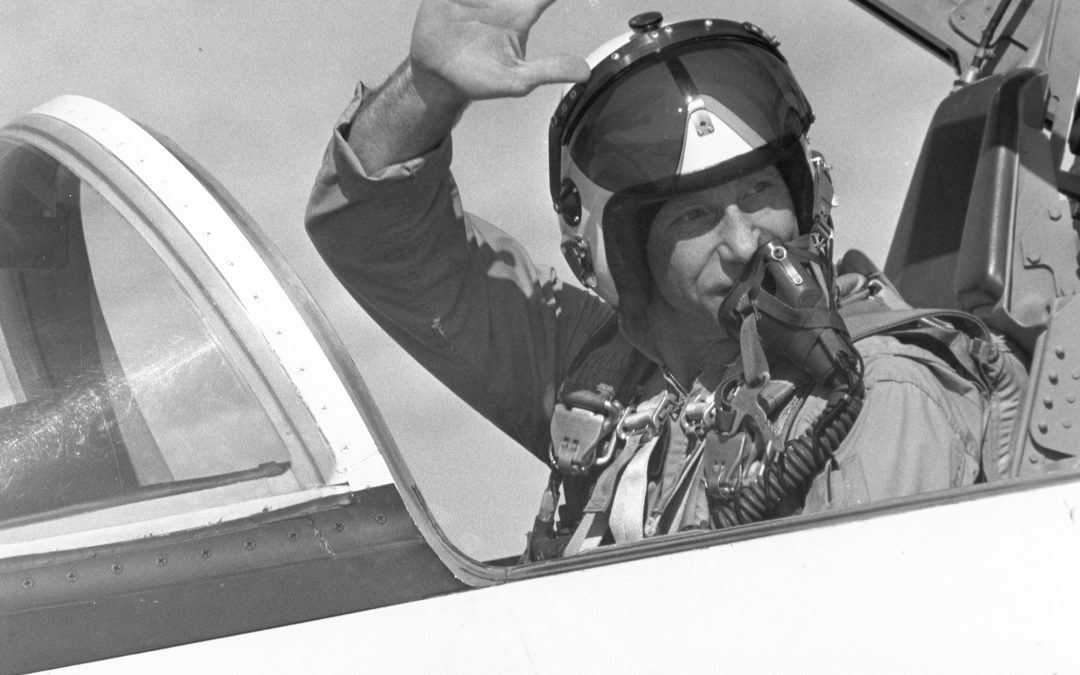 I was very fortunate to be friends with Al Worden during his last decade on this planet, before he finally made the last 60 miles to Hadley Rille this week at age 88. I have a lot of Al stories, and someday when his loss hurts a little less deeply, I’ll get all of them down on paper. But for now, I’ll share one of my many vivid memories – unfortunately, it’s one of the last, since it was from one of his final public appearances at last July’s Astronaut Scholarship Foundation Apollo 11 50th anniversary celebrations.

During the weekend event, there was a show featuring Edison’s Children and Alan Parsons Project, and a group of us – including Al – were waiting for a bus headed en route to the concert in the lobby of the Marriott Courtyard Cocoa Beach. I was standing next to a child of an Apollo astronaut – out of respect for the person’s privacy and famous last name, I won’t put the name out there – who came across as very friendly, but understandably press shy. (The “press shy” part is important to remember.)

We were chatting about various minutiae, as you do, and suddenly I hear this loud, familiar voice. Al never had an “inside voice,” for those of you who did, or didn’t know him – he was 100% life and bold colors. He appeared out of nowhere and said, “YOU BETTER BE CAREFUL. This is my friend, be nice. This woman [points at me] is a journalist, and if you make her mad, she will write a lot of bad things about you.” The astronaut’s offspring suddenly stopped chatting with me, and skittered away from me like a cockroach on a light switch.

The entire time, out of the corner of my right eye, I saw Al crossing his arms over the waist of his Hawaiian shirt with a smirk plastered on his face, and I could feel his eyeballs burning on me as I attempted to get my way out of this. “Your move, Emily,” his body language said.

I backtracked as best as I could. “Oh, I am sorry, I am not here to write about this event…I am only here to have fun! No worries,” I blabbered. It was already too late. This backtracking did not work at all, because right after I said this, Al doubled down: “REMEMBER, SHE’S A JOURNALIST!” Check mate. I just gave up, shrugged, and got on the bus. I may have said under my breath, “Here’s a scoop: Worden’s deaf.” (Owing to his complete lack of volume control.) This story has a happy ending, though; by the end of the night, I think I had mended my relationship with the astronaut’s offspring (well, at least we were talking again).

Now, Al wasn’t doing this to be mean, or difficult. This exchange revealed two key things about his character: A). If Al loved you, he would defend you to the end of the Moon and back (sorry to use a trite cliché, but it’s true), and B). Also, if he loved you, he’d troll you to equal ends of the Moon as well. He knew I sometimes liked to throw “truth grenades” into conversations to get a rise out of people, and on that day, he enacted karmic justice by getting me good with one of his.

Like I stated earlier, someday I hope to get more of my Al memories down as I get older, and my own time starts running out. But I am very happy this was one of my last moments with him, even though I was, well, squirming somewhat. He was a tireless supporter of my work, and of the work my Facebook group, Space Hipsters, has done throughout the last decade; through his own space activism, he kept the memory of Apollo alive for generations past, and generations to come. And he still will: he has a wealth of books and other media to enjoy, and unfinished works as well.

While I am grateful he was active and vibrant to the end of his long run, it hurts terribly to know we won’t see him again in this world – his loss leaves a gaping hole in the Universe. I’m not sure who originally said it, but there’s a quote that goes, “Grief is the enormous price we pay for love,” and our community loved him dearly.

Featured Photo Credit, from the Project Apollo Image Gallery: “Alfred Worden waves to ground personnel at Patrick Air Force Base prior to taking off on a training flight in a T-38 aircraft.” Dated July 24, 1971, NASA photo 71-H-1160 by Ed Hengeveld.