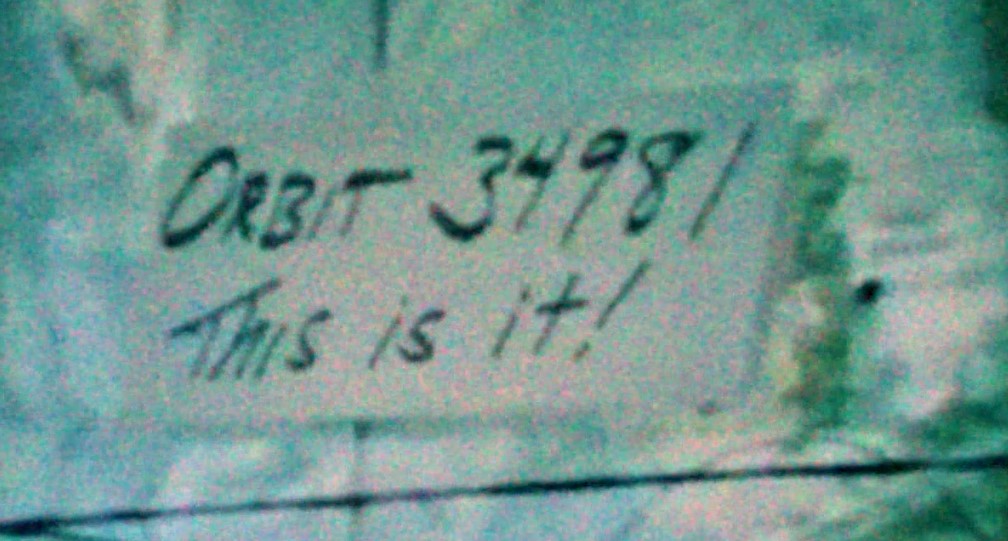 According to a previous blog post by This Space Available, when a proposed reboost mission carried out via Space Shuttle was ruled out as a possibility, NASA began to prepare for the inevitability that Skylab, in orbit since May 14, 1973, was coming down in mid-1979. Skylab’s operations during this period were dependent on the space station’s Apollo Telescope Mount Digital Computer (ATMDC), which was re-activated in March 1978, over four years after its last three-person crew had vacated. The computer system’s role now was to help control the station during its final months in orbit.

The NASA History book Living and Working in Space: The NASA History of Skylab stated that before the final crew had left in February 1974, they had boosted the station’s orbit: “Before undocking from Skylab, [mission commander] Gerald Carr had fired Apollo’s attitude-control thrusters for three minutes, nudging the cluster 11 kilometers higher, into an orbit of 433 by 455 kilometers [269 by 283 miles].” Following this boost, the ground further ensured Skylab was stably hibernating: “After the crew had returned to earth and the end-of-mission engineering tests were finished, flight controllers vented the atmosphere from the workshop, oriented the cluster in a gravity-gradient-stabilized attitude with the docking adapter pointed away from the earth, and shut down most of its systems.”

Skylab spent over four years in this mode, until it became clear that aerodynamic drag on the station needed to be minimized if it was going to “stay up” much longer. By early 1978, as the Solar Maximum year of 1980 approached, Skylab was predicted as coming down sooner than expected thanks to increased solar activity. Ironically, the very object of Skylab’s studies – the Sun – was aiding in its demise.

Enter the long-dormant ATMDC. The 1987 NASA publication Computers in Spaceflight: The NASA Experience related, “The original Skylab mission lasted 272 days with long unmanned periods. The reactivation mission, flown entirely under computer control, lasted 393 days.” During its human-helmed missions Skylab had flown mostly in solar inertial (SI) mode to ensure the best outcome for its battery of solar experiments, and as previously stated, had hibernated mostly in gravity-gradient mode. However, as Computers in Spaceflight explained, “…Engineers devised two new modes, end-on-velocity-vector (EOVV) and torque equilibrium altitude (TEA). EOVV pointed the narrow end of the lab in the direction of flight, minimizing aerodynamic drag on the vehicle. TEA could control the reentry, using the gravity gradient and gyroscopic torques to counterbalance the aerodynamic torque.” 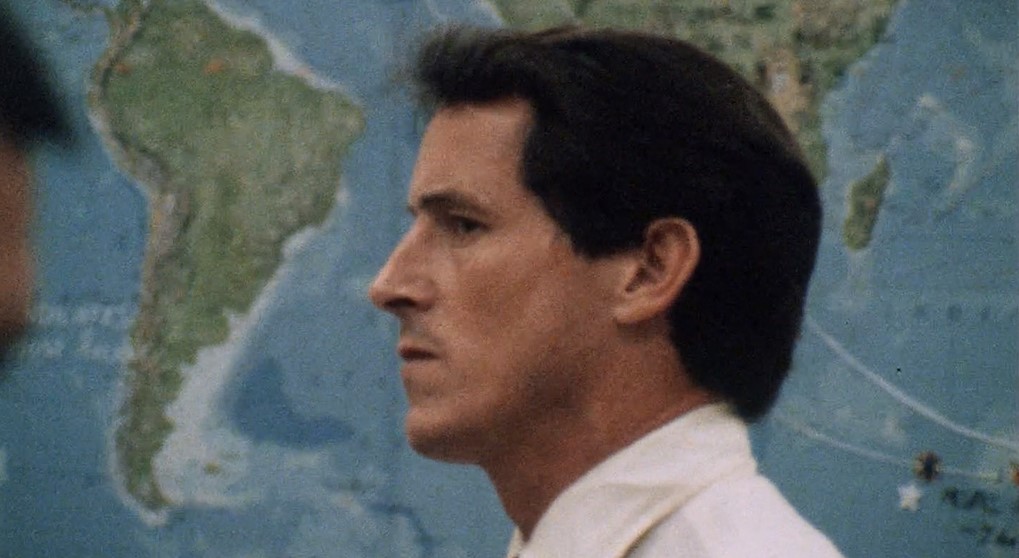 Skylab 4’s Dr. Ed Gibson shortly after it was announced Skylab had reentered, July 11, 1979. Gibson was observing the reentry from the JSC control center in Houston. Screenshot used with permission from the film Searching For Skylab.

The book Homesteading Space establishes a timeline from the day it was apparent there was a problem (March 20, 1978) to the time Skylab entered EOVV (June 11, 1978), thanks to IBM who were responsible for the equations that reprogrammed the ATMDC. It was hoped that this mode could keep Skylab aloft through 1980. For a short time, the EOVV mode helped to minimize the space station’s downward trend, but in early 1979, Skylab would fall under NORAD’s scrutiny.

According to the Honeysuckle Creek website, “Toward the end of April, NASA Headquarters issued its first forecast of a reentry date calculated from NORAD’s model. On the 25th, when the workshop had fallen to about 320 kilometers [approximately 198 miles in altitude], NORAD estimated a probability of 50% that Skylab would come down by 19 June; there was a 90% chance that it would reenter between 13 June and 1 July. This format was used consistently for the rest of the waiting period, because it was impossible to give a more precise estimate until reentry had virtually begun. NASA and NORAD did exchange information and determined the different ways the two computer models treated data. NORAD made a fairly straightforward extrapolation based on recent observations, while NASA continuously took account of changing atmospheric density and the spacecraft’s drag profile as it came down.”

The website continued that the three-day “Death Watch” for Skylab began on Sunday, July 8, as Charles Harlan’s team in Houston kept a close eye on the station during its last days. With Skylab in TEA mode, it was decided to issue the “tumbling command” when the station was at an altitude of under 80 miles, with hopes it would avoid most landmasses. However, Homesteading Space underscored that the station “held together longer that was calculated, breaking up over the Indian Ocean.”

…And parts of Australia. The Honeysuckle Creek website painted a vivid portrait of the indignities the cluster underwent during its final moments, reporting, “[News bulletins] began 111 kilometers over Ascension Island in the Atlantic when the radar station there spotted the big solar panels begin to tear off as the lifeless hulk spun and twisted out of control. ‘It’s now out of range of all our tracking stations,’ said NASA, ‘The crash line is from Esperance in Western Australia to Cape York in Queensland. The chances of anybody coming to harm are minimal, but people are advised to stay indoors.’” The day was July 11, 1979, with NORAD calculating the impact time as 12:37 p.m. EDT.

Living and Working in Space paints another slightly chaotic scene: “Shortly before 1 p.m., the Washington control center received word that the area southeast of Perth, Australia, had indeed been showered with pieces. Spectacular visual effects were reported and many residents heard sonic booms and whirring noises as the chunks passed overhead in the early morning darkness. Officials waited anxiously for news of injury or property damage, but none came. Skylab was finally down and NASA had managed it without hurting anyone.” To this day, those curious enough to search can probably still find bits of Skylab lodged in parts of Western Australia.

One former Skylab resident observed its final moments with mixed emotions. As Skylab came down after making 34,981 revolutions, many with his presence aboard, Dr. Ed Gibson watched stoically in Houston’s control center. “Oh gosh!” he exclaimed. “I was unhappy we didn’t boost it [via Shuttle] further so we could use it again…I was unhappy about that. But I was happy I could be in the control room and actually watch it reenter.” Despite his feelings, he was careful to emphasize, “I was very proud of our program’s achievements.” Gibson would retire from his post at NASA in 1981, and the next long-duration American space station increment wouldn’t take place until 1995.