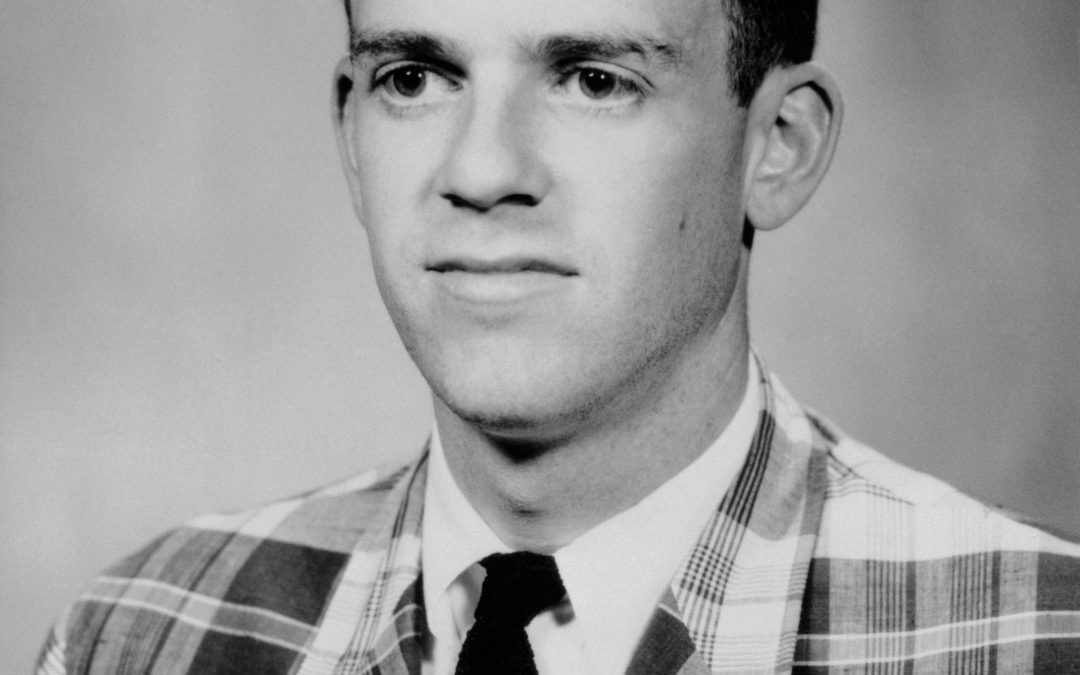 “That is no ship. That is no forest. That is no arrow. We just imagine the arrows because we fear them.” Okello, Aguirre, the Wrath of God (Werner Herzog, 1972)

In the last article in this series, Dr. Gerard K. O’Neill’s final years were discussed. After receiving a diagnosis of chronic lymphocytic leukemia in 1985, O’Neill kept on keeping on despite the illness he was facing, attempting to save his flagging Geostar venture, teaching at Princeton, and still promoting his ideas about long-term space settlement. Around the same period in his life, O’Neill’s former colleague and friend Dr. Brian O’Leary faced health challenges of his own – but his approach to treating them was much different. In addition, O’Leary was no stranger to controversy during this time…and in 2001, he would face one that ended any goodwill with his former NASA colleagues once and for all.

Here’s an author’s note: I usually don’t discuss public figures’ health struggles unless they are open about them, as I consider health issues very personal (from what I gather, O’Neill’s diagnosis was not secret, and friends and colleagues knew about what he was facing). The reason why I am stating this is because from the late 1980s to the end of his life in 2011, O’Leary’s health deteriorated precipitously, and instead of receiving treatment from, say, a doctor or a hospital, he often sought holistic remedies, and/or no remedies at all. Because O’Leary is gone, I can’t email him and ask him why he chose this route over conventional therapies; perhaps it was a rebellious reaction of sorts to the medical community that, despite all of its innovations, couldn’t save someone like O’Neill (note: the prognosis for O’Neill’s type of leukemia is actually quite good at present time, with a high five-year survival rate, and O’Neill’s dedication to treatment likely extended his life). As we know from previous posts, O’Leary wasn’t a stranger to rebellion.

O’Leary’s manifesto-as-literature from 1989, Exploring Inner and Outer Space, boasts a chapter called “My Own Healing.” He describes his scrapes with various injuries and illnesses, and how they were cured without the aid of conventional medicine – one example he discussed detailed a knee injury suffered during a trip to Peru, and another example involved a chronic, embarrassing cough. O’Leary did go to an orthopedic doctor, who diagnosed severe arthritis in the knee (by this time, O’Leary would’ve been 48, so it’s not surprising he would’ve had some joint pain).

However, instead of receiving an operation that likely would have fixed the knee, O’Leary stated that he quit conventional treatments, and instead “bathed the knee with ‘inner’ light and touched it with care. I did this by closing my eyes, relaxing, breathing deeply, and imagining a healing white light passing through my knee. I asked others to do this to me also.” Within a month, he claimed he was healed completely, and was even hiking in the Colorado Rockies. The cough, he claimed, was cured by increased dilutions of a substance called “Sticta Pulmonaria” (pages 152-153: “The doctor selected this particular remedy based on the electrical properties of my skin measured by a machine called a dermatron”).

Who knows – maybe O’Leary’s arthritis temporarily flared and then calmed down, and maybe the cough signaled a brief spell of seasonal allergies. Maybe the temporary nature of these issues along with a powerful placebo effect were contributors to his relief. However, these two occasions were offered up in O’Leary’s book as evidence that holistic cures worked, and this belief would convince the former astronomer that any illness could be aided by these types of therapies. This belief would likely contribute to the rather early end of his days on Earth.

Fast-forward to 2001: O’Leary made the decision to be interviewed for a Fox News program titled “Conspiracy Theory: Did We Land on the Moon?” According to a piece written by O’Leary friend Wade Frazier linked here that is the closest thing to a Brian O’Leary biography in existence, the former astronaut did believe “the moon landings could have been faked, but that the possibility was remote.” In this special, he publicly stated these beliefs in a few seconds of TV time. O’Leary had done plenty of television work, and had expounded on controversial topics before, such as free energy and extraterrestrials (he believed in both).

However, this TV appearance – to O’Leary’s former colleagues and supporters – was analogous to Jane Fonda, the blonde 1960s symbol of American sexual availability, amiably sitting on anti-aircraft guns in North Vietnam. To them, former astronaut and symbol of American manliness O’Leary seemed intent on shooting down the mere existence of the Apollo lunar landings, and this transgression was unforgivable. Astronaut John W. Young, who walked on the Moon during April 1972’s Apollo 16 mission, would poke fun at this program frequently during his lectures. At the International Lunar Conference in November 2003, Young was quoted as saying, “Contrary to the Fox Network report, we did land on the Moon.”

O’Leary tried to go back and forth concerning this topic, but any statements he made were of little to no avail in clearing his name of this particular controversy. He claimed the ten seconds of footage was taken out of context by the network, but he’d also release statements such as, “To set the record straight, there is no doubt in my mind that the capsules went into orbit around the Moon, because of the photographs, signals received on Earth, and the capabilities of the enormous Saturn V rocket booster. It is conceivable but highly doubtful that the lunar landings didn’t take place. Who am I to say for sure one way or the other, since I wasn’t there?” (Author’s note: O’Leary did do some work in Apollo experiments during the late 1960s, so in a sense, he was there.) Months before his death, he would release a “final word” concerning his views about the lunar landings. You can read them here, but they did little to assure the reader he believed or didn’t believe in Moon landings. If you want to disappear even further down the proverbial rabbit hole, I suggest you read this biography in its entirety.

O’Leary left the United States during his last decade, and settled down in Vilcabamba, Ecuador, which further stressed his limited income. Publishing opportunities had all but dried up. According to Frazier, he openly discussed substance abuse issues; O’Leary “only quit alcohol a couple of years before he died, and an ayahuasca ceremony precipitated his second heart attack.” In 2010, at age 70, he suffered the aforementioned second heart attack, and on July 24, 2011, he announced to friends via email that he was suffering from an aggressive duodenum cancer. The email read in part:

“The tumor has almost completely plugged the duodenum, and according to the surgeons, would have to [be] removed within a week and the operation itself would be extremely highly risky, because of its unfortunate location. We’ve chosen nevertheless to go the natural path with two basic approaches, the first using a potent herbal tonic (stuff that cured my skin cancer of three years ago) and the protocols of an Ecuadorian medicine man – as well as asking for your prayers. There is much pain and sleepless involved. I’ll need to stay away from the computer now as well as receiving most all but the most urgent messages and phone calls, as time is of the essence. I get lots of treatment ideas, many thanks, but we really need to focus now the current protocols and be quiet, in the next few days to weeks. Please send your prayers, I’m optimistic in spite of the physical odds and loved ones are around us….”

Apparently his friends would send “alternative cancer therapies” and treatment suggestions, but within days, any suggestion would be a moot point. Dr. Brian O’Leary, astronomer turned ex-astronaut turned political protester turned space settlement champion turned New Age guru, died either on July 28 or July 29, 2011. The reason for the differing dates is because the footnotes in the closest thing to an official biography state, “I am also well aware that the prominent accounts have him dying on July 28, when it was the morning of the 29th. I am still working to rectify that issue.” Even in death, O’Leary couldn’t quite make up his mind on an ending.

The next installment of this series on Dr. Brian O’Leary and Dr. Gerard K. O’Neill will focus on O’Neill’s posthumous existence, and the legacies of both scientists.