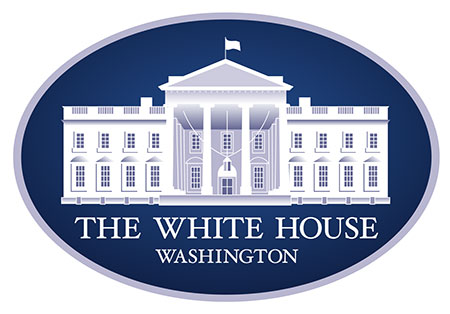 By the authority vested in me as President by the Constitution and the laws of the United States of America, including title IV of the U.S. Commercial Space Launch Competitiveness Act (Public Law 114-90), it is hereby ordered as follows:

Section 1. Policy. Space Policy Directive-1 of December 11, 2017 (Reinvigorating America’s Human Space Exploration Program), provides that commercial partners will participate in an “innovative and sustainable program” headed by the United States to “lead the return of humans to the Moon for long-term exploration and utilization, followed by human missions to Mars and other destinations.” Successful long-term exploration and scientific discovery of the Moon, Mars, and other celestial bodies will require partnership with commercial entities to recover and use resources, including water and certain minerals, in outer space.

Sec. 4. Report on Efforts to Encourage International Support for the Recovery and Use of Space Resources. No later than 180 days after the date of this order, the Secretary of State shall report to the President, through the Chair of the National Space Council and the Assistant to the President for National Security Affairs, regarding activities carried out under section 3 of this order.

Sec. 5. General Provisions. (a) Nothing in this order shall be construed to impair or otherwise affect:

(i) the authority granted by law to an executive department or agency, or the head thereof; or

(ii) the functions of the Director of the Office of Management and Budget relating to budgetary, administrative, or legislative proposals.

(b) This order shall be implemented consistent with applicable law and subject to the availability of appropriations.

(c) This order is not intended to, and does not, create any right or benefit, substantive or procedural, enforceable at law or in equity by any party against the United States, its departments, agencies, or entities, its officers, employees, or agents, or any other person.

President Donald J. Trump is Encouraging International Support for the Recovery and Use of Space Resources

“After braving the vast unknown and discovering the new world, our forefathers did not only merely sail home—and, in some cases, never to return. They stayed, they explored, they built, they guided, and through that pioneering spirit, they imagined all of the possibilities that few dared to dream.” —President Donald J. Trump

The Executive Order on “Encouraging International Support for the Recovery and Use of Space Resources” addresses U.S. policy regarding the recovery and use of resources in outer space, including the Moon and other celestial bodies.

Supportive policy regarding the recovery and use of space resources is important to the creation of a stable and predictable investment environment for commercial space innovators and entrepreneurs,and it is vital to the long-term sustainability of human exploration and development of the Moon, Mars, and other destinations.

As part of further implementing Space Policy Directive 1, “Reinvigorating America’s Human Space Exploration Program,” President Trump underscores our commitment to the 1967 Outer Space Treaty, which has provided a foundational set of rules for the successful use of outer space for more than fifty years.

The Executive Order also affirms Congress’ intent that Americans should have the right to engage in commercial exploration, recovery, and use of resources in outer space, consistent with applicable law.

Outer space is a legally and physically unique domain of human activity, and the United States does not view space as a global commons.

This Executive Order directs the Secretary of State to lead a U.S. Government effort to develop joint statements, bilateral agreements, and multilateral instruments with like-minded foreign states to enable safe and sustainable operations for the commercial recovery and use of space resources, and to object to any attempt to treat the 1979 Moon Agreement as expressing customary international law.

Nevertheless, in seeking international support, the United States may draw on legal precedents and examples from other domains to promote the recovery and use of space resources.

American industry and the industries of like-minded countries will benefit from the establishment of stable international practices by which private citizens, companies and the economy will benefit from expanding the economic sphere of human activity beyond the Earth.