How significant is the flight of Starship SN5? 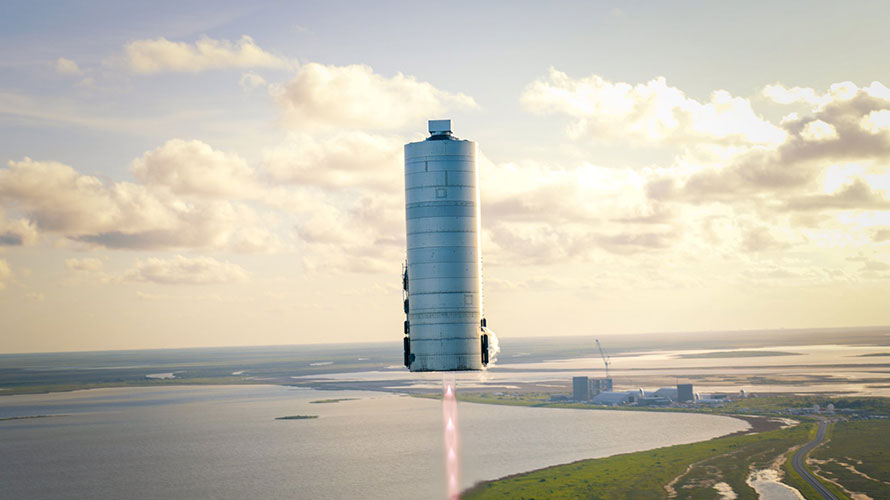 SpaceX has had a great week. Early on the morning of August 7, a Falcon 9 launched a batch of Starlink satellites, all with sun visors to reduce visibility to astronomers, and two Earth observation satellites for BlackSky. Earlier in the week on August 2, NASA Astronauts Bob Behnken and Doug Hurley splashed down with their Dragon 2 capsule in the Gulf of Mexico, bringing to a successful close the first crewed mission on a privately owned craft under the Commercial Crew program.

In between these significant milestones, on August 3, Starship SN5 successfully completed a 150-meter hop in Boca Chica Texas. This was not the long-promised flight to 20 kilometers, nor did it feature a fully equipped Starship, leading to some skeptical reporting that focused on Musk’s tendency to set aspirational goals that are not achieved. Since there is some confusion about this event, it makes sense to take a closer look at how it differed from the “Starhopper” 150m test last year, and how it might compare to a future 20,000-foot flight. For easier understanding, I have presented the facts to the extent they are available in a table:

It is readily apparent that although superficially, SN5 is a lot like Starhopper, there are significant advances, notably that the tanks are full size, and more functional landing legs have been added. Additionally, there have been less apparent but real advances in construction techniques implied by the smoother skin of SN5. A quick glance at the videos of SN5 rising and landing smoothly while flying with a slight tilt suggests a mastery of spacecraft control. The clean blue “mach diamonds” in the Raptor exhaust demonstrate advances in the reliability of the engine, and it is rumored that thrust is up 30% over Starhopper. 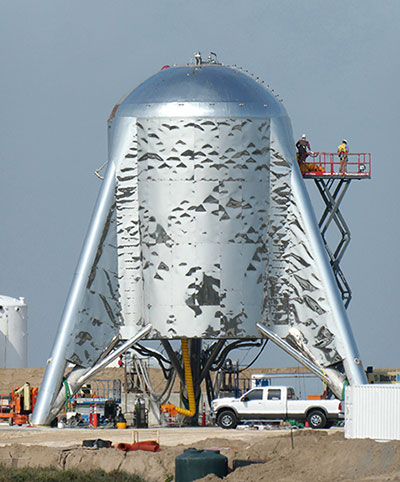 A good test program moves systematically from one advance to the next, and seems a bit dull day to day. It is only looking back that progress becomes apparent. Failures are lessons learned, not obstacles. Although SN5 may fly several more times, and may in fact end in a fiery crash, the first Starship capable of reaching high altitudes and returning, SN8, is visibly far along in construction. Sometime over the next few months we can expect to see it on the pad for an initial flight. Eventually some version of Starship will reach the 20,000-foot altitude, and the question will become, “what next?”  As described, SN8 mainly lacks three additional Raptor engines needed to reach orbit, although no doubt a good bit of internal work is needed as well. Certainly, a major challenge will be getting the heat shield to work properly. It was observed that some panels of the experimental heat shield on SN5 fell off during the 150m hop.

Another big step is the construction and testing of the “Superheavy” first stage. The infrastructure for the SH is already under construction at Boca Chica, with a “High Bay” for stacking and a nearby launch pad growing day by day.

In conclusion, asking how important the 150m hop of SN5 was is a bit like asking the value of a particular link in a strong chain. Every link matters. However, nothing changes the fact that it is immensely cool seeing a “grain silo” flying on a blue torch, and landing like a feather on six spindly legs.