‘How We Got To The Moon’ Illustrates, Illuminates First Moon Journey, and Beyond 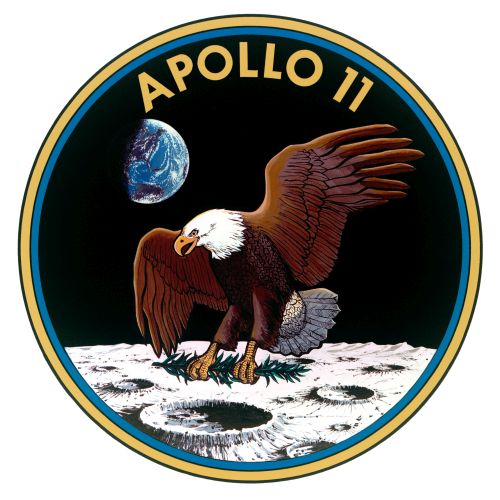 The last two years have brought us several Apollo 50th anniversaries and celebrations (some in person and, during the last year, strictly online). In July, we will celebrate 50 years since Apollo 15, a mission that revealed three mod-ish, side-burned astronauts to be lunar scientists as well as rock collectors and pilots. Moreover, a great many books have been published about Apollo 11’s first Moon landing during this time, some more memorable than others.

A recent addition to the Apollo library, John Rocco’s How We Got to the Moon: The People, Technology, and Daring Feats of Science Behind Humanity’s Greatest Adventure, is exceptional in that while it may seem geared towards middle grade students, it beautifully illustrates – and illuminates – the role of unsung heroes throughout the space program, from its beginnings with rocket scientists just trying to get rudimentary rockets off the ground, to one of the greatest exploration efforts of humankind.

It would have been easy for Rocco to assemble existing NASA oral histories and free, public domain NASA photos into a book for young students, but he took a completely different path in putting together How We Got to the Moon. Rocco interviewed a variety of living Apollo-era legends such as (but not limited to) Saverio “Sonny” Morea, Don Eyles, Dr. Farouk El-Baz, Gene Kranz, and Stephen Coester. Women of Apollo are well-represented, with more than passing references to significant figures such as Katherine Johnson, JoAnn Morgan (first woman in Kennedy Space Center’s Launch Control Center), Poppy Northcutt, and food scientist Rita Rapp. Roles of each critical part of Apollo are explained, from the enormous Saturn V to the tiny food packages that kept Armstrong, Aldrin, and Collins well-fed.

This author was particularly impressed with how Rocco broke down the chain of command in Mission Control from flight controllers to the Flight Director to CAPCOM, and did not neglect lesser-known Apollo 11 Flight Directors such as Cliff Charlesworth (many books and/or documentaries identify Gene Kranz as that mission’s Flight Director, overlooking the others). Even Robert “Bob” Pearson, a Lunar Module Simulator Lead Instructor who, in his words, “…landed on the Moon more times than anybody in the world,” is profiled. Through Rocco’s research, the reader truly gets a sense of how huge of an undertaking Apollo was (indeed, NASA and its contractors employed over 400,000 people to get humankind to the Moon’s surface).

However, I’m leaving out what might be the best aspect of the book. As mentioned previously, it would have been easy for Rocco to download a bunch of public domain photos for an Apollo 11 book, and slap them together haphazardly – job finished. However, How We Got to the Moon is stunningly illustrated, and takes the reader inside Columbia and Eagle so we get a holistic view of Apollo 11. The reader gets the sense through the detailed illustrations and profiles of personnel that every small piece of Apollo and preceding programs was vital – no, essential – to its success.

While NASA’s Artemis Moon landing program still has yet to leave Earth’s surface, we can only hope it – and other otherworldly programs, such as JPL’s current Mars Perseverance rover and Ingenuity helicopter – will get the Rocco treatment. While this book is identified as appealing to middle school-age students, adult space enthusiasts and space novices alike will want to grab a copy of How We Got to the Moon. It is essential reading.

John Rocco’s How We Got to the Moon: The People, Technology, and Daring Feats of Science Behind Humanity’s Greatest Adventure was published by Crown Books for Young Readers in October 2020, and is available for purchase via this link.

Featured Image Credit: Apollo 11’s patch featured no names because it was meant to represent humanity’s effort to reach another world. NASA image.