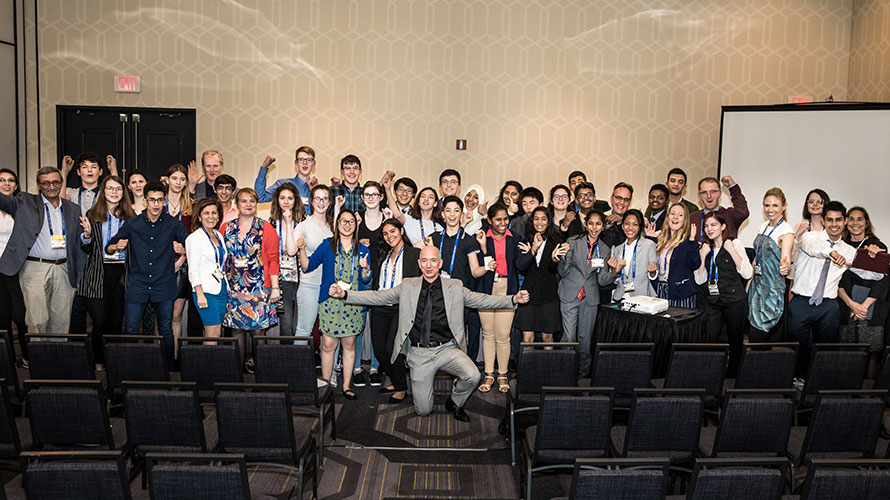 by Dave Dressler and Rod Pyle

ISDC 2018 was seen by many as the “Best ISDC ever!” The conference kicked off with a colorful ceremony called Felicitation performed by Avinash Shirode, President of the NSS-Nashik India Chapter.

After this unique welcoming ceremony, Tom Mueller, Chief Technical Officer for SpaceX, made a rare appearance as our opening keynote. Tom shared his perspective of rapid developments from the origins of SpaceX, with just a handful of employees and a vision, to a busy Falcon 9 launch schedule and recent flight of the Falcon Heavy.

In a rousing youth plenary session, NSS Governor Geoff Notkin inspired hundreds of students to take risks and live an adventurous life. At the Thursday lunch session, Dr. Michael Watkins, Director of NASA’s Jet Propulsion Laboratory, graciously shared his view of discoveries made by the Voyager probes after 41 years, as they continue to communicate from the edge of the solar system.

And guess who came to dinner? Freeman Dyson, Frank Drake, Kathryn Sullivan and Jeff Bezos! Before dinner, people huddled around Bezos, and he talked with as many as time allowed. When asked if he was okay with the enthusiastic crowd, Bezos said he loves people and is grateful for the opportunity to talk with so many. As he later began his fireside chat with Alan Boyle, he took time to address the cast and crew of the SyFy TV hit The Expanse, which had recently been cancelled, to let them know that Amazon Prime would be picking up the series. The crowd went wild, and NSS and the ISDC was a hot press item in hundreds of papers and websites overnight. If that wasn’t enough, Bezos has also decided to save our planet. 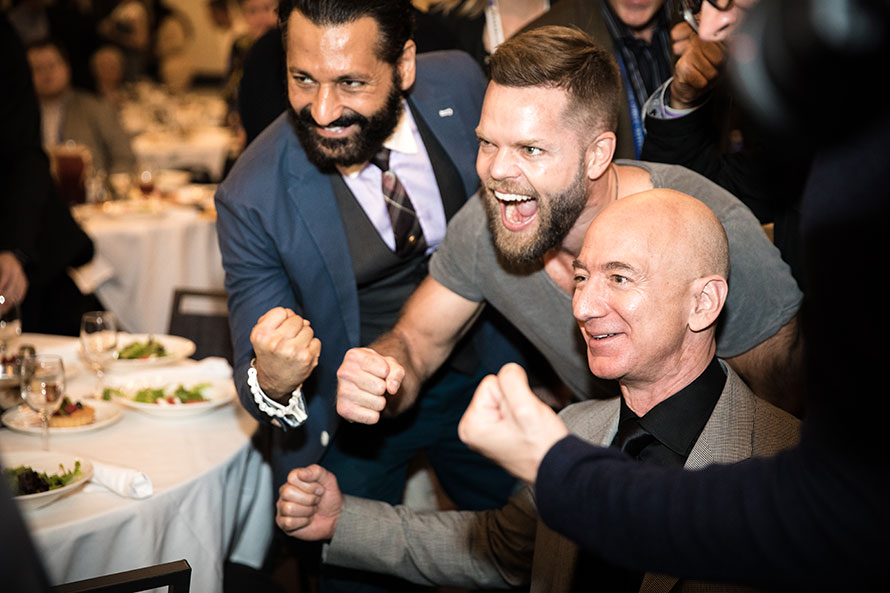 Image: Jeff Bezos with cast members of The Expanse upon hearing the news that Amazon will sponsor a fourth season for the series. Credit: Keith Zacharski, National Space Society.

To our membership that could not be there, you missed a great ISDC, but next year will be another one for the books, so block out your calendar for the week of June 6-9 for ISDC 2019 in Arlington, Virginia! Planning is well underway and we will do our best to continue the upward trend of what is ISDC. Ad astra my friends. We hope to see you there. 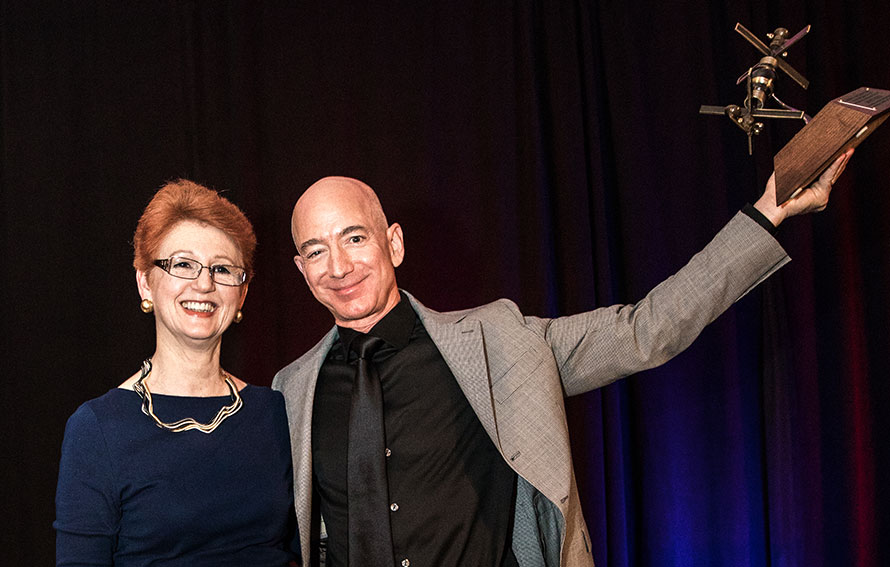 The National Space Society’s highest awards were presented to Jeff Bezos and Freeman Dyson at the conference. 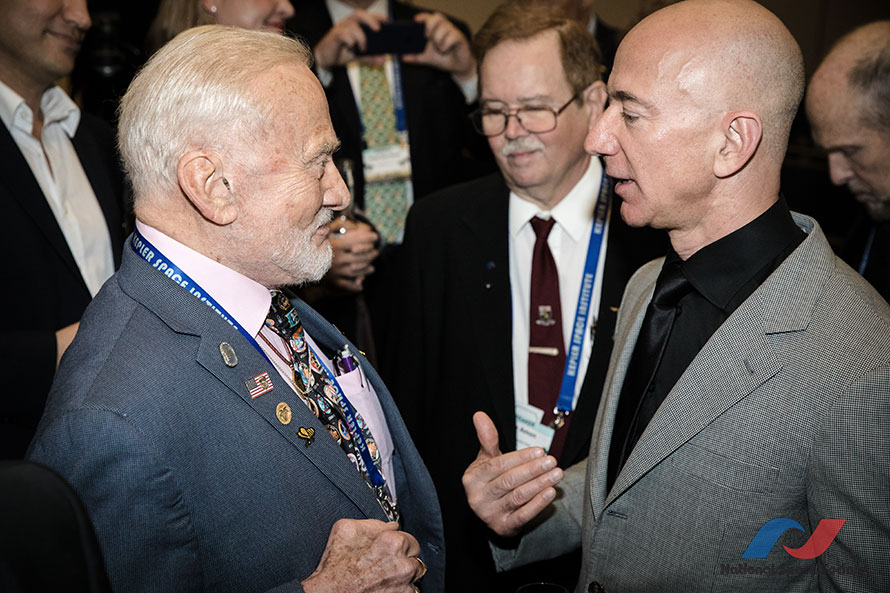 Jeff Bezos talks with Buzz Aldrin at the 2018 ISDC.