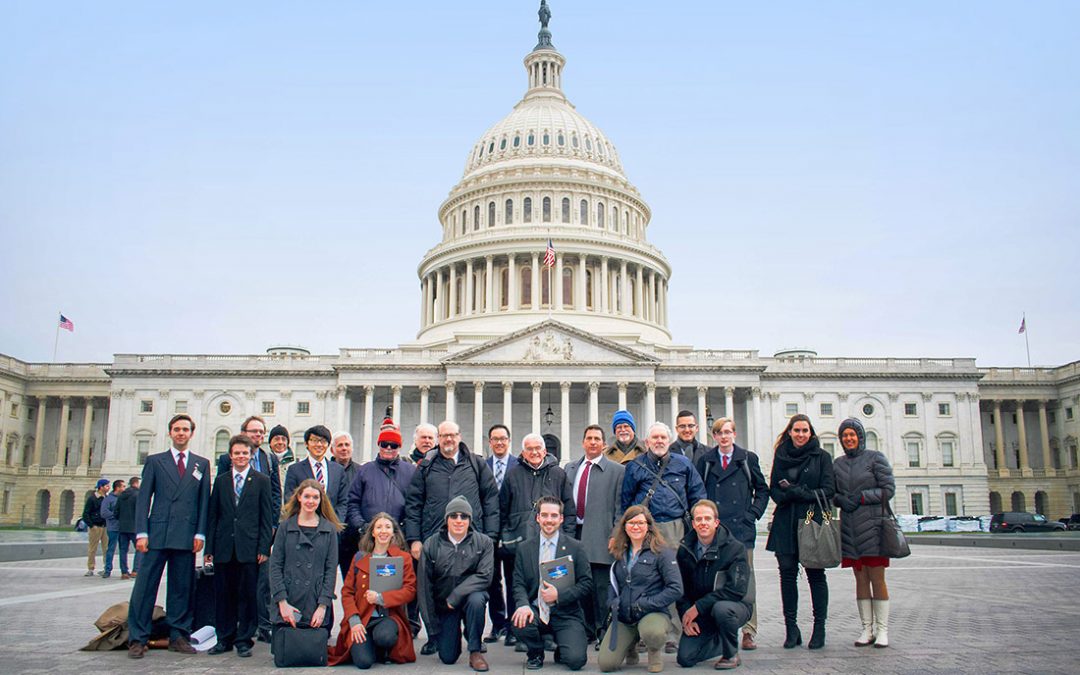 March Storm is the primary Washington, D.C., legislative blitz for the Alliance for Space Development (ASD) and its two founding member organizations, the National Space Society (NSS) and the Space Frontier Foundation (SFF). During the month of March, a group of unpaid volunteers met in Washington, D.C. to advocate for policies and legislation that support the development and settlement of space. The advocates focused on the ASD’s agenda for the year, and met with as many congressional offices, committee staffers, and other relevant agencies as possible in a four-day period.

March Storm 2017 took place from Sunday, March 12 through Thursday, March 16. On Sunday March 12, volunteers participated in an intensive training session from 9 a.m.-5 p.m., where they were introduced to ASD, SFF, and NSS leadership, briefed on the ASD agenda and talking points, coached on conducting meetings with legislators, and engaged in role play scenarios.  Over 90 meetings supported by 30 participants were held March 13-16, 2017, but all meetings the morning of Tuesday, March 14 were canceled due to a snowstorm.

The ASD 2017 campaign has the following goals:

The primary area of focus for March Storm is meetings with congressional offices. Teams of volunteers—typically between two and five people—hold meetings with as many offices as can be managed over the space of four days to advocate for the ASD agenda. Most of these meetings are with a congressional staffer, preferably one focused on space, science, and/or technology. In some instances, a meeting with the actual legislator can occur. Notably, meetings were held with Rep. Dana Rohrabacher (R-CA) this year, who is the primary sponsor of the Space Exploration, Development, and Settlement Act (SEDS), and with Rep. John Lewis (D-GA). 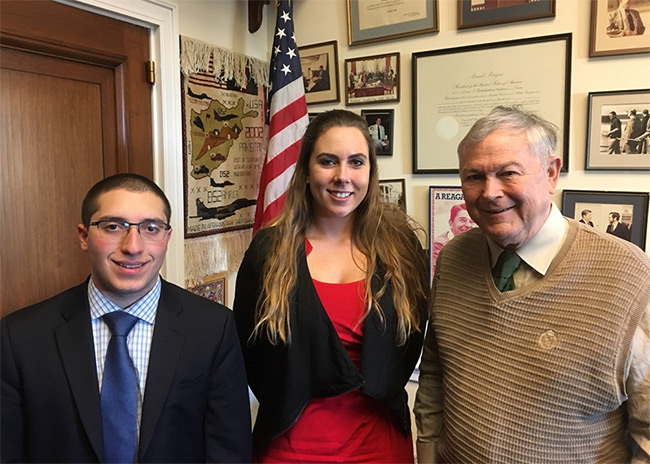 March Storm attempts to meet with the staffers specifically assigned to committees of relevance to the ASD agenda. Meetings were held with majority staffers for the following committees:

The area of focus this year was the House Subcommittee on Space. A group of March Storm advocates met with the four majority staffers for the committee. The meeting was also joined by Dr. Scott Pace, director of the Space Policy Institute at The George Washington University and member of the NSS Board of Governors, and lasted nearly two hours. 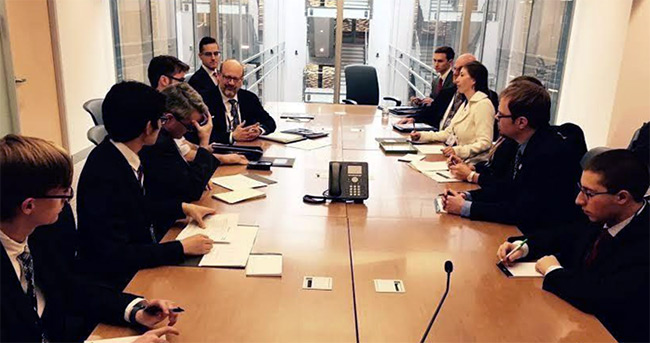 Prior to March Storm, NSS distributed petitions supporting the annual ASD campaign to its membership. They were asked to sign and date the petition, and then mail it back to NSS headquarters to be distributed to the representatives and senators for each member. These petitions were sorted and grouped at NSS headquarters, and then distributed during March Storm. Petitions addressed to representatives and senators with whom there were scheduled meetings were delivered at the same time. Petitions for those who were not scheduled were delivered in brief drop-offs, some of which resulted in impromptu meetings with staffers. This activity was a great success during the 2017 March Storm, with very close to 100 percent petition delivery, and a large number of business cards for space staffers were collected. 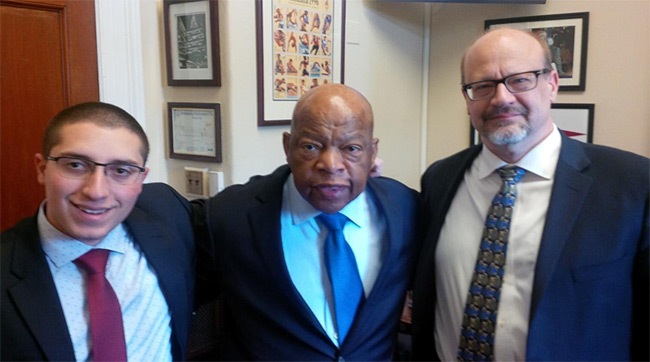