The National Space Society is pleased to announce NASA Administrator Charles Bolden as the Keynote speaker for the Opening Plenary Session at this year’s International Space Development Conference (ISDC), being held at the Grand Hyatt Washington (DC) Hotel May 25th. In addition, NASA Deputy Administrator Lori Garver is confirmed as the Keynote speaker for NSS’s Annual Awards Dinner on Sunday evening, May 27th. 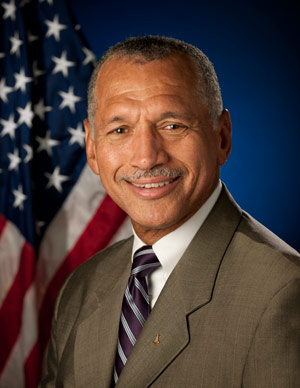 Retired Marine Corps Maj. Gen. Charles Frank Bolden, Jr., began his duties as the twelfth Administrator of the National Aeronautics and Space Administration on July 17, 2009. Gen. Bolden’s 34-year career with the Marine Corps included 14 years as a member of NASA’s Astronaut Office. He traveled to orbit four times aboard the space shuttle between 1986 and 1994, commanding two of the missions. His flights included deployment of the Hubble SpaceTelescope and the first joint U.S.-Russian shuttle mission, which featured a cosmonaut as a member of his crew. 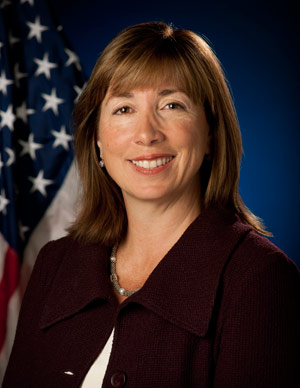 As Deputy Administrator, Ms. Garver is NASA’s second in command and this is the second time she has worked for the agency. During her first period of service (1996 to 2001), she served as a special assistant to the NASA Administrator and senior policy analyst for the Office of Policy and Plans, where she was later named Associate Administrator. Reporting to the NASA Administrator in the latter position, she oversaw the analysis, development and integration of policies and long-range plans, the NASA Strategic Management System, and the NASA Advisory Council.

Ms. Garver, who also worked for NSS from 1984 through 1996 and served as the Society’s Executive Director for a number of years, will also participate in a panel exploring NSS’s heritage during a plenary session the same morning, as part of the Society’s celebration of its 25th Anniversary year.

About ISDC: The International Space Development Conference is the annual conference of the National Space Society. ISDC 2012 will take place at the Grand Hyatt Hotel in Washington, DC from May 24 through 28, 2012. ISDC brings together a diverse group of NASA officials, aerospace industry leaders and interested private citizens to engage in discussions about today’s prevalent space issues in order to stimulate innovation and overcome the obstacles that hinder human advancement off the Earth.