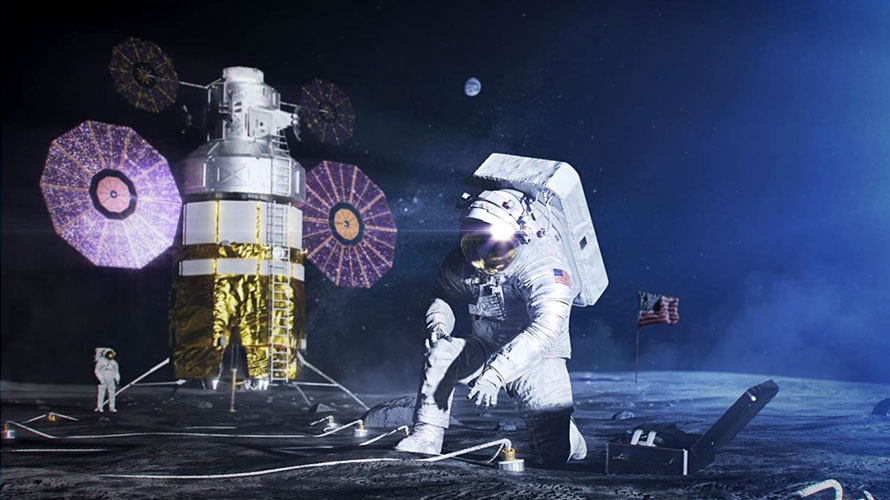 WASHINGTON, DC — April 6, 2020: The National Space Society commends NASA for its updated Artemis mission plan for returning humans to the Moon. The new roadmap, called “NASA’s Plan for Sustained Lunar Exploration and Development,” was released on April 2. This bold vision combines the best of government, commercial and international capabilities to accomplish long-term activities on the Moon efficiently and affordably, while establishing a foothold for journeys onward to Mars and beyond. It also provides an opportunity to leverage resources found on the Moon to further affordable and sustainable development of space.

The plan leverages commercial space operators via programs such as NASA’s Commercial Lunar Payload Services (CLPS) to bring scientific packages and cargo to the lunar surface as well as to the Lunar Gateway. The Gateway, a lunar orbiting outpost which was reaffirmed in the updated plan, will assist NASA in its goal to establish a permanent station at the lunar south pole called Artemis Base Camp.

Dale Skran, the Chair of the NSS’s Executive Committee added, “NASA’s updated plan for the Artemis Base Camp includes developing lunar resources, new lunar power systems, excavation and construction techniques, and the mitigation of lunar dust and extreme environments. This kind of open-ended and evolvable planning will provide U.S. leadership toward a sustainable human presence on the Moon and ultimately beyond.”

Notably, the extraction and refining of water from ice on the Moon allows for the manufacture of breathable air, drinkable water, and rocket fuel. Since it currently costs a minimum of about $1000 per pound launched to low Earth orbit, in the long term this capability will allow for much more affordable and sustained development of space. The same holds true for metals extracted from lunar soil, which can be made into a variety of useful items.