The National Space Society (NSS) is very pleased to announce that the team it has been actively supporting in NASA’s Cube Quest Challenge, Cornell University’s Cislunar Explorers has placed first and won one of the three Cube Quest Challenge flight slots on NASA’s Space Launch System (SLS) scheduled for launch in 2019. The team is led by Dr. Mason Peck and their spacecraft are planned for lunar orbit.

“We at NSS are very excited that the Cislunar Explorers team will be given an opportunity for the first-time in-space demonstration of electrolyzed water propulsion and an autonomous optical space navigation technology,” said Dr. Dean Larson, NSS Director and volunteer member of the team. “These groundbreaking technologies will prove to be very important in opening and settling space and are to be made available open-source to the space community,” he said. 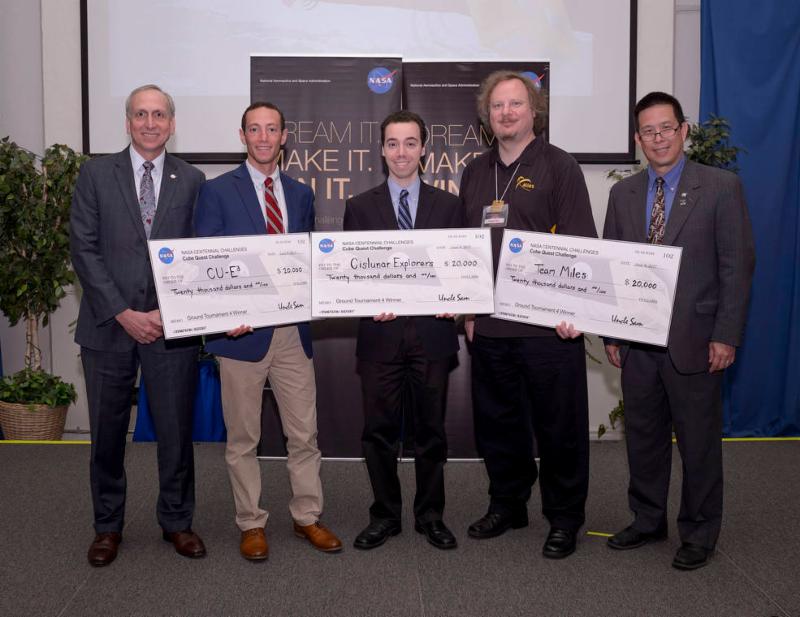 “We’re thrilled to be selected for launch on SLS,” said Dr. Mason Peck.”This spacecraft represents a step toward democratizing space exploration. NASA’s support here marks an important difference between the agency’s contemporary approach to human space and what we saw during the Apollo era: NASA is embracing collaboration, inviting perspectives and technical solutions from all across the nation–private companies or universities exploring on their own terms. We’re all in it together,” he said.

In addition to the rides, NASA’s Space Technology Mission Directorate (STMD) has awarded $20,000 each in prize money, to the winning teams of citizen solvers competing in the fourth and final ground-test round of the agency’s Cube Quest Challenge.

As part of their involvement in the team, NSS has designed an integrated test and evaluation plan and software verification guidance that will be used to help ensure correct functioning of spacecraft systems. NSS has also coordinated a space act agreement with NASA Wallops Flight Facility in Virginia and is helping to coordinate an agreement with the Goohilly Earth Station in Cornwall, England to verify our spacecraft will have achieved lunar orbit. 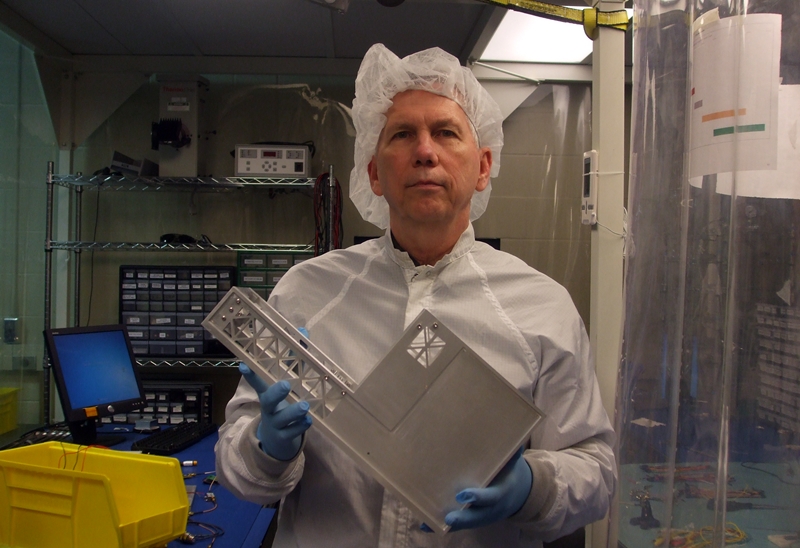 The unique aspects of the spacecraft are summarized on the team website as: “The Cislunar Explorers spacecraft leverage simple physics and symbiosis between several subsystems. The concept is a single rectangular 6U structure that splits into two L-shaped spinning spacecraft with a spring loaded separation mechanism. Each Explorer has a tank of water in the bottom of the “L,” off-center from the spin axis. That water is electrolyzed, using power generated from solar panels, into a mixture of hydrogen and oxygen gas–excellent rocket propellant. The spacecraft spin helps separate the combustible gas from the inert water like a centrifuge.” See the Cislunar Explorers website for more details about the spacecraft. (http://cislunarexplorers.wordpress.com)

According to NASA, once deployed from SLS, the CubeSats will vie for a share of a $5 million prize in the first-ever competition in cislunar and deep space. The three Cube Quest Challenge teams launching on SLS are:

“We are delighted in the profound achievements of these teams,” said Steve Jurczyk, STMD associate administrator. “Each team has pushed the boundaries of technology and innovation. Now, it’s time to take this competition into space – and may the best CubeSat win.”

Also from NASA: “The final phase of the Cube Quest Challenge comprises two segments: the Deep Space Derby and the Lunar Derby. In the Deep Space Derby, teams must demonstrate communications capabilities from a range of at least four million kilometers from Earth – more than 10 times the distance to the Moon – while the Lunar Derby requires teams to achieve a lunar orbit where they will compete for near-Earth communications and longevity achievements. Prizes will be awarded for orbiting the Moon, communicating the fastest and farthest, and surviving the longest.

The Cube Quest Challenge offers a total of $5 million, NASA’s largest-ever competition prize purse, to teams that meet the challenge objectives of designing, building and delivering flight-qualified, small satellites capable of advanced operations near and beyond the Moon.”

NSS will provide updates as the project completes its milestones towards flight. Congratulations to our Cislunar Explorers!