The International Space Development Conference® (ISDC® 2017) gathered people from all around the world to St. Louis, MO, to connect and share the latest breakthroughs in space development. ISDC 2017 is over, but the effect of the conference will continue for months to come. 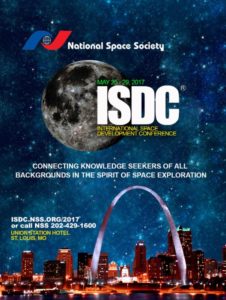 With over 800 attendees, and an unprecedented number of international and youth participants, our message will have an important and meaningful impact on the space advocacy community and beyond. Our message focuses on how we can impact the future with people living and working in thriving communities beyond Earth, and using the vast resources of space for the dramatic betterment of humanity.

There were a number of major figures from the space community present, including many that our members have come to know well through the pages of Ad Astra and the NSS newsletters. Notable among our keynote speakers were Bill Gerstenmaier, NASA’s associate administrator for Human Exploration Operations Directorate; Johann-Dietrich Wörner, Director General of the European Space Agency; Natalie Batalha, Kepler Mission Scientist; Dr. Linda Godwin, retired NASA Astronaut and University of Missouri-Columbia Physics Professor; and Andy Aldrin, Director of the Buzz Aldrin Space Institute.

It is interesting to note that Time magazine named Natlie Batalha, NASA’s Kepler project scientist searching for other worlds, to the Time 100, its annual list of the 100 most influential people on Earth.

The rostrum also hosted two Lieutenant Generals with stellar spaceflight credentials: Tom Stafford, Gemini and Apollo astronaut, and Steven Kwast, Commander and President, Air University, Maxwell Air Force Base, Alabama. Their messages may have come from a military perspective, but spoke of a future beneficial to all involved.

Stafford delivered a rousing talk on his perspectives as an astronaut and his take on our future in the final frontier. Stafford was emphatic about what our country can do when challenged. During the space race, Launch Complex 39, the Vehicle Assembly Building, the Saturn V Moon rocket, Apollo Command Module, and Lunar Module were all created from whole cloth in less than six years. These machines, and the people who designed and built them, enabled the greatest journeys of exploration in human history. Stafford advocated strongly for the maintenance of American supremacy in space.

The second blue-suiter, General Steven Kwast, provided similarly inspirational testimony about the imperative for our nation to maintain the high ground—not for war, but to maintain peace. Kwast’s moving speech inspired attendees to look towards maintaining a leadership position in the protection of our precious planet, currently challenged not just politically but environmentally as well. His speech was a voice of restraint and stability in an age of great uncertainty. Representing the old and new guard of Air Force leadership, both men are emblematic of the continued strong and enlightened command of the United States Air Force and its continuing quest to ensure the peaceful exploration and utilization of space for the betterment of all humanity. One of the most rewarding activities was the networking between adult attendees and the pre-university students participating in the the NSS/NASA Ames Space Settlement Contest. Worldwide student teams came to ISDC 2017 to showcase their concepts for orbital space settlements and they brought visionary ideas on how future populations might live and work in space. Attendees were able to engage with the students at their poster presentations and many were impressed with the students’ understanding of the challenges and the innovative ideas they had in order to conquer space settlement. 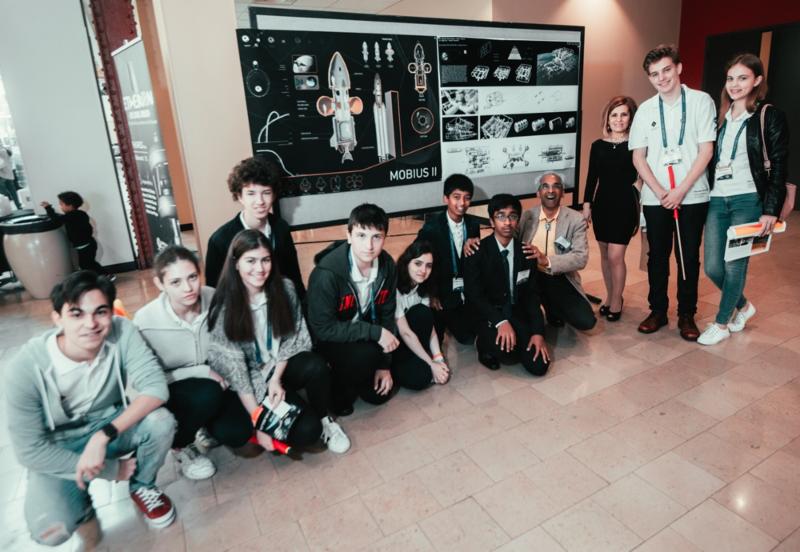 Many of the students also brought models, several made using 3D printing, to highlight their concepts. Teams from China, India, Japan, Romania, Bulgaria and more shared their enthusiasm for space and the enthusiasm was contagious.

We at NSS feel that ISDC 2017 and the passion of our attendees will make a difference to achieving space development and settlement. NSS extends a huge thank you to everyone who helped make ISDC 2017 a success! Everyone had a fabulous time, met new friends, and learned new things.
NSS is pleased to announce that our exciting ISDC programming will not end with the conclusion of ISDC 2017 as the National Space Society is looking forward to the Space Settlement Summit to take place in Los Angeles, October 24-28. At this invitation-only summit, NSS will bring together space leaders to discuss living and working in space in a thriving space economy.