On October 5, 2016, for the fifth time, Blue Origin’s New Shepard rocket successfully flew to the edge of space and returned to its West Texas launch site intact. National Space Society Executive Vice President Dale Skran said, “Blue Origin is to be congratulated for putting together a systematic test program to demonstrate all the features of the New Shepard sub-orbital system. NSS members look forward to the first crewed flight of the New Shepard, and to sub-orbital tourist flights once New Shepard is operational. Additionally, New Shepard will provide expanded low-cost access to micro-gravity for researchers.” 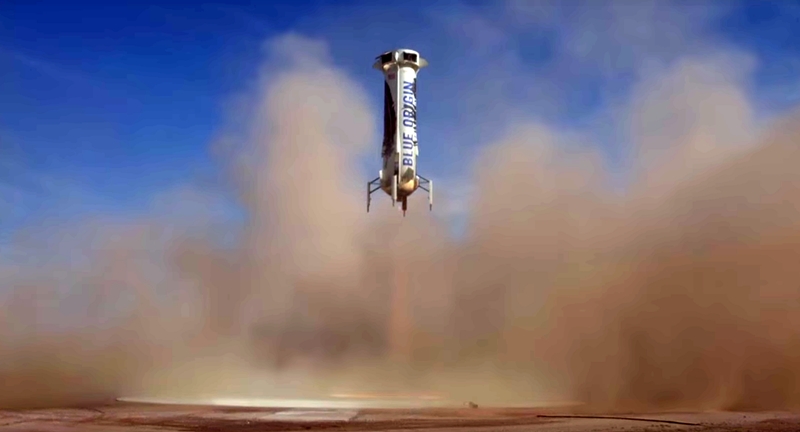 Blue Origin again made history by successfully demonstrating the operation of the capsule’s in-flight escape system. About 45 seconds into the flight, the 70,000 pounds of thrust New Shepard solid fuel escape motor pushed the capsule away from the booster and toward a parachute assisted landing in Texas. 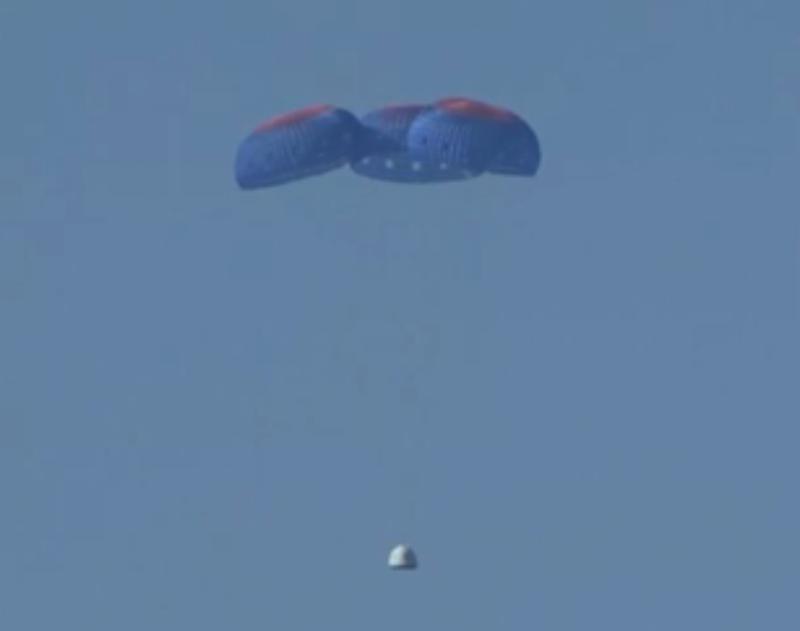 In a remarkable achievement, the New Shepard booster was not destroyed by the firing of the escape motor, and continued a nominal flight first to the edge of space and then back to the launch site. Blue Origin has announced that following this fifth test flight, both the capsule and the booster will be retired and put on public display. (See a replay of the 1.25-hour flight webcast.)

Jeff Bezos, Blue Origin CEO said, “Like Mercury, Apollo, and Soyuz, New Shepard has an escape system that can quickly propel the crew capsule to safety if a problem is detected with the booster. Our escape system, however, is configured differently from those earlier designs.” The New Shepard is a “pusher” rather than the old tower “pull” system used by Apollo, allowing the escape system to be re-used. Bezos continued, stating that “Expending an escape motor on every flight drives up costs significantly. Further, the jettison operation is itself safety critical. Failure to jettison the tower is catastrophic.”