The National Space Society congratulates SpaceX on the return to flight of the Falcon 9 on January 14, 2017, at 12:54 pm EST, successfully lofting ten Iridium NEXT communications satellites manufactured by Thales Alenia into polar orbit from Vandenberg Air Force Base, California. 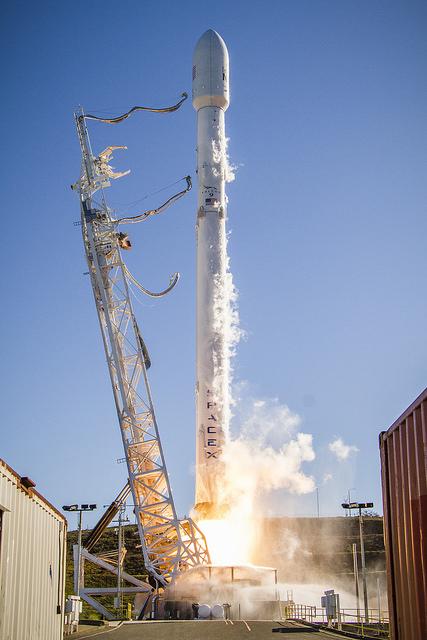 “NSS members are excited to see the F9 return to flight,” said Dale Skran, NSS Executive Vice President. “SpaceX has been pushing the envelope to perfect the use of technologies like sub-cooled rocket fuel and first stage recovery. Companies can only take risks on new technology with the support of customers like Iridium that have the courage to do new things in space. NSS congratulates SpaceX, Iridium, and Thales Alenia Space on a job well done.”

“The use of sub-cooled rocket fuel enables more fuel to fit into the rocket, providing extra thrust to allow for re-use of first stages which should result in lower costs to reach space,” added NSS Chair of the Executive Committee, Mark Hopkins. The re-use of first stages supports Milestone 2: Higher Commercial Launch Rates and Lower Cost to Orbit of the NSS Roadmap to Space Settlement which can be found at: www.nss.org/settlement/roadmap/RoadmapPart2.html. A great way to learn more about the NSS Space Settlement Roadmap is to attend the NSS International Space Development Conference (isdc2017.nss.org) in St. Louis, Missouri, May 25-29, 2017.

“NSS strongly supports the usage of space to provide benefits to people living on the Earth. The Iridium satellites enable first responders to communicate rapidly during an emergency anywhere in the world,” said NSS Senior Vice President Bruce Pittman. The launch of the Iridium NEXT satellites support Milestone 7: Applications of Space Technology on and for Earth of the NSS Roadmap which can be found at:  www.nss.org/settlement/roadmap/RoadmapPart3.html .

This was the first flight for SpaceX since a Falcon 9 exploded on the pad at Cape Canaveral, Florida, on September 1, 2016, destroying an Amos-6 communications satellite. For the first time, SpaceX successfully landed a first stage on the drone ship “Just Read The Instructions” in the Pacific Ocean. This is the 7th time SpaceX has landed a first stage safely after a launch, and the third time SpaceX has launched from Vandenberg. 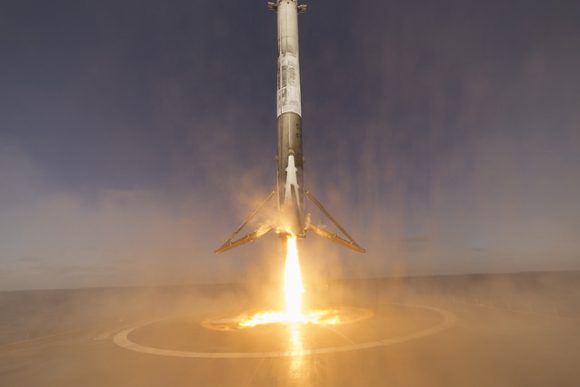 Iridium has a contract with SpaceX for seven Falcon 9 flights to launch a total of 70 Iridium NEXT satellites, including the 10 launched January 14th. When signed in 2010, the SpaceX/Iridium deal was the largest commercial launch contract in history. Since then, this record has been exceeded by a 21-launch order with Arianespace from OneWeb in 2015. The next launch by SpaceX for Iridium is expected in April 2017.