The Washington DC-based National Space Society (NSS) has been a consistent supporter of NASA’s Commercial Crew program to ferry astronauts to the International Space Station (ISS).  In the NSS position paper on the NASA Commercial Crew Program released today, the Society strongly endorses $848 million in the 2015 NASA budget for Commercial Crew, along with the $250 million supplemental Commercial Crew request.  Furthermore, the $171 million “hold” placed on the program last year should be removed.

At a time when the availability of the Russian supplied Soyuz, our current sole method of getting American astronauts to the ISS (at $70 million per seat), is being increasingly questioned and political relations with Russia are deteriorating, we need to move Commercial Crew to the top of NASA’s priority list.

NSS believes, however, that the nature of the Commercial Crew program is as important as the amount of funding.   Commercial Crew must support a minimum of two independent American providers of crewed access to ISS.   Failure to provide this level of capability will lead to rising costs and hinder the growth of a vigorous private commercial launch industry that will lead to a vibrant, sustainable commercial space industry and the high tech jobs growth that it will create.  In addition, NSS believes the Commercial Crew program will have adequate safety, and should proceed without further funding shortfall-based delays.

NSS also endorses the recent decision by the Obama administration to extend the life of the ISS by four years to 2024.  NASA should take additional steps to further extend both the life and the capabilities of the ISS, including using the Commercial Crew vehicles to support a larger ISS crew, creating greater science, technology and commercial output.

NSS Executive Vice President Paul Werbos summed up the situation.  “We face great uncertainty in our ability to access the ISS.  We can develop a competitive, commercially successful American means to do this.  There is little or no benefit to waiting.  Let’s do it.” 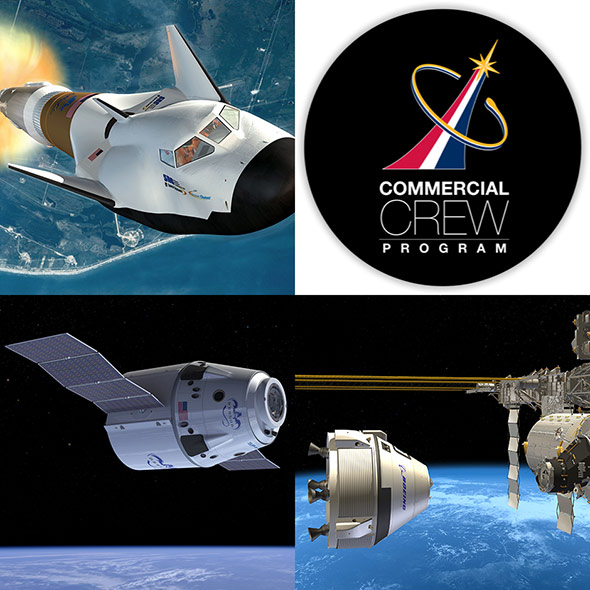