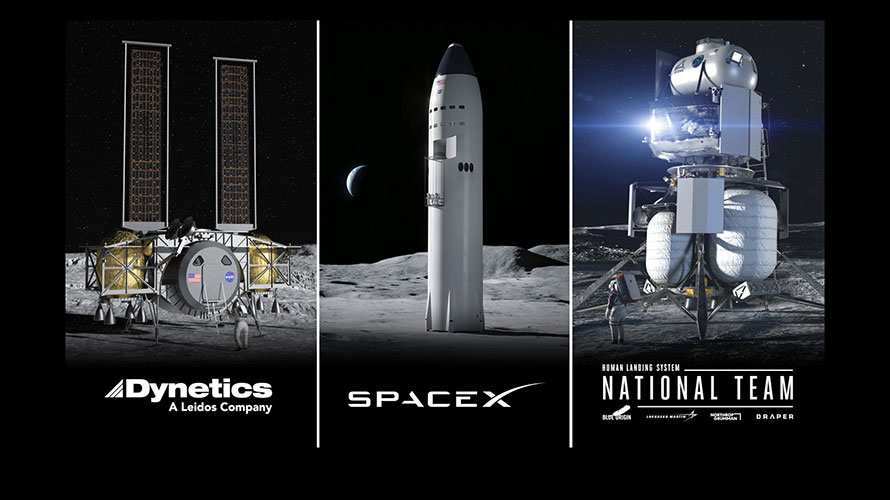 “Many outside NASA do not realize that NASA’s public-private partnerships leverage commercial space services in a way that maximizes the return on precious taxpayer dollars.”

WASHINGTON, D.C., US, May 5, 2020 /EINPresswire.com/ — The National Space Society (NSS) has distributed a letter of public support to NASA administrator Jim Bridenstine supporting the agency’s forward-looking decision to issue contracts to commercial space companies SpaceX, Dynetics, and Blue Origin to provide human landing hardware for NASA’s Artemis missions to the Moon. The three companies, all of which have already made strong investments in their lander designs, are now greenlighted to continue the development of their diverse lunar landing systems. This decision provides a base of robust technologies to accomplish this important national goal at great savings to the taxpayer over more traditional contracting agreements. The letter, which is also addressed to NASA’s Associate Administrator for the Human Exploration and Operations Mission Directorate Doug Loverro, follows.

A Public Letter to:

The National Space Society (NSS) wishes to commend your April 30 announcement concerning NASA’s choice of SpaceX, Dynetics, and Blue Origin’s National Team to provide human landing systems to carry crew to the Moon for Artemis III. We also laud Associate Administrator for Human Exploration and Operations Doug Loverro for his diligence in assuring that commercial companies are key for making sure the Artemis Program is a timely success.

We believe NASA has shown great wisdom in selecting three different architectures for its Human Landing System to increase its chances for success. We also believe that your announcement further enhances NASA’s earlier decisions to leverage commercial companies for its Commercial Lunar Payload Services, Resupply Services and Gateway Logistics Services. Through these actions, NASA demonstrates that it is deeply committed to achieving its goal of sending humans to the Moon, Mars, and beyond in the most cost-effective and sustainable manner possible.

Concerning space development costs, many outside NASA do not realize that NASA’s public-private partnerships leverage commercial space services in a way that maximizes the return on precious taxpayer dollars. We note, for example, that the private companies selected for the HLS have already invested large sums in Artemis Program initiatives. Moreover, the record clearly shows that NASA’s purchase of commercial services with non-cost-plus contracts has already saved many tens of millions in taxpayer dollars when compared with the use of cost-plus contracts to develop government-owned and operated vehicles.

The National Space Society (via policy papers and outreach to the public with articles, press releases, blogs, books, and social media) stands ready to support your policies facilitating the participation of commercial space companies in the Artemis Project and other NASA endeavors. Our 30 chapters, located worldwide, and NSS leadership broadly back commercial space as essential to making space development affordable and sustainable, ultimately leading to humans living and working in space for the benefit of people everywhere, including those on Earth.

In sum, we fully support NASA’s effort to put the first woman and next man on the surface of the Moon by the end of 2024 via the Artemis Program and stand ready to collaborate with NASA to ensure that commercial companies are central to that endeavor.

The letter was signed by:

NASA’s newest actions are in step with the NSS Roadmap to Space Settlement, which lays out an overall plan to increase the human presence in cislunar space, on the Moon and beyond.