When NASA was founded, only a government program could undertake a voyage from the Earth to the Moon. This may not be true in the future. 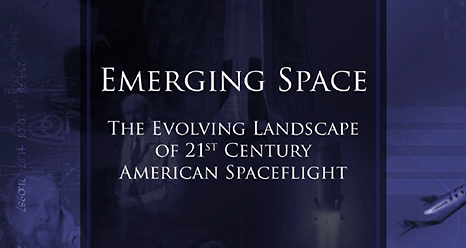 Below are paragraphs from the first and last pages:

The next era of space exploration will see governments pushing technological development and the American private sector using these technologies as they expand their economic activities to new worlds. NASA’s next objectives for exploration—visits to asteroids and Mars—are more complex than any previous space mission attempted. They will happen in the context of relatively smaller NASA budgets and an expanding commercial space economy. Teaming with private sector partners to develop keystone markets like low Earth orbit (LEO) transportation and technological capabilities like asteroid mining will help NASA achieve its mission goals, help the space economy evolve to embrace new ambitions, and provide large economic returns to the taxpayer through the stimulation and growth of new businesses and 21st century American jobs.

Fifty years after the creation of NASA, our goal is no longer just to reach a destination. Our goal is to develop the capabilities that will allow the American people to explore, pioneer, and expand our economic sphere into the solar system. To do this we will build on our long-standing relationships with American industry by embracing new and diverse forms of partnerships. Private-sector leadership in space exploration was the normal state of affairs in America before the foundation of NASA. Today, we have recognized the advantages of that earlier model in terms of private-sector energy and initiative, combined it with NASA’s legacy of technical expertise and programmatic accomplishment, and have helped give rise to the birth of a ‘Second Space Age’. The space economy of the future will come about through the combined efforts of government, private industry, scientists, students and citizens, each playing their own unique and essential role. Together, we will create a new economic ecosystem in space that will hasten our journey into the cosmos.