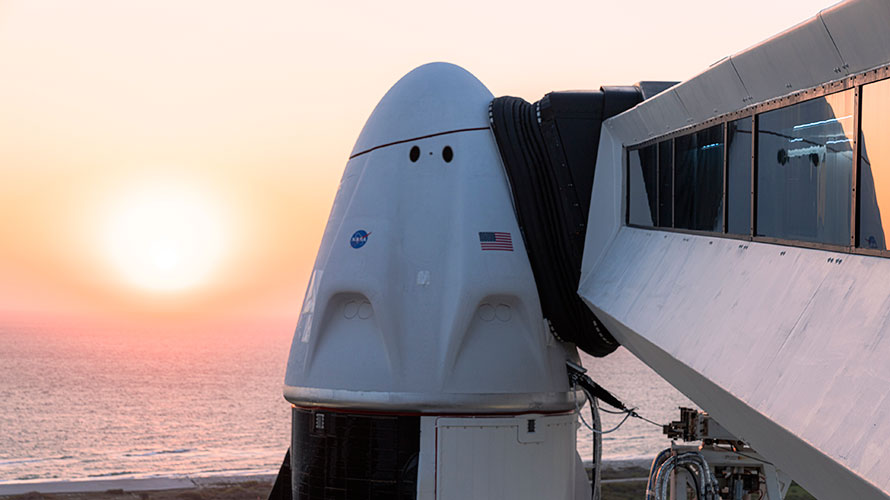 The Robert J. Collier Trophy is awarded annually by the National Aeronautic Association “for the greatest achievement in aeronautics or astronautics in America, with respect to improving the performance, efficiency, and safety of air or space vehicles, the value of which has been thoroughly demonstrated by actual use during the preceding year.”

“We decided to nominate the Falcon 9/Dragon 2 for the Collier Trophy in 2020 since SpaceX has never received the award previously, in spite of a vast array of record-breaking achievements,” said Dale Skran, NSS COO. “I’d like to thank all the volunteers at NSS that worked on assembling the material for the application, creating the video, making donations for video production, and representing the nomination in the final interview session. In particular, great thanks go to Bennett Rutledge, David Cheuvront, Michelle Hanlon (NSS President), Bruce Pittman, Rod Pyle (ad Astra Editor), and Isaac Arthur.”

On March 17, 2021, the National Space Club and Foundation announced the winner of the 2021 Goddard Trophy: the NASA & SpaceX Crew Demo-2 Team. The Goddard Trophy is awarded annually to the individual or team that provided leadership in ground breaking space and aeronautics capability to the USA, according to the website of the National Space Club.

“The Falcon 9/Dragon 2 team has already been recognized by the National Space Club as the leading space achievement of 2020, a well-deserved award,” Skran added. “It would be great to see SpaceX win the Collier Trophy as well since none of their many achievements have been recognized with a Collier since the first successful fourth flight of the Falcon 1 was nominated in 2008 but did not win.”