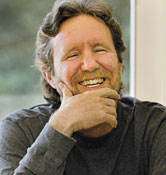 Last year National Space Society Board of Directors member Al Globus released three pre-prints that together suggested a radically easier path to space settlement. A major part of this is the discovery that space settlements in Low Earth Orbit very close to the equator (ELEO) will experience far less radiation than any other location—so little that dedicated shielding may be unnecessary. This massively reduces the mass of space settlement designs (roughly two orders of magnitude).

The paper focused on radiation has now been substantially revised incorporating information from a number of NCRP (National Council on Radiological Protection and Measurement) publications. The bottom line recommendations have not changed, however. This paper can be found at:

These changes are also reflected in:

For completeness, here is the third paper although there have been no revisions: