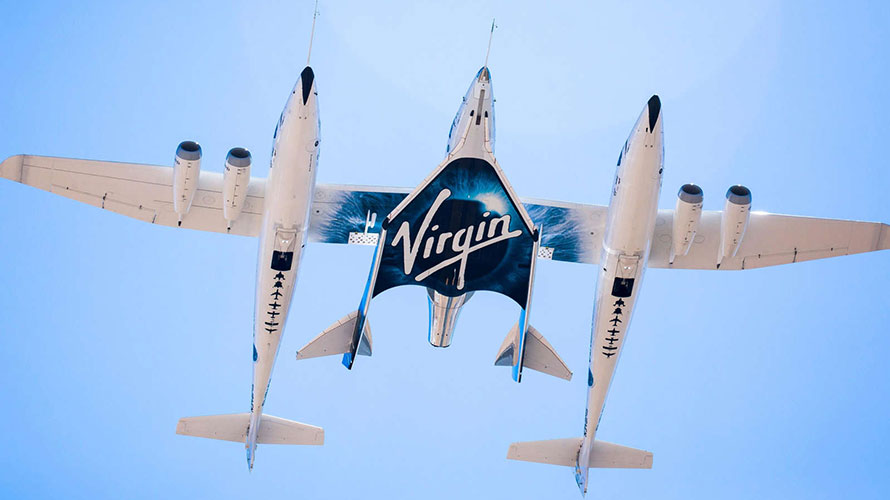 This Flight Is One Step Toward Opening Space to All Humanity

On Sunday, July 11, Virgin Galactic launched the first operational passenger flight of their VSS Unity rocketplane. Departing from the New Mexico’s Spaceport America shortly before 9 a.m. local time, Unity was hauled to over 50,000 feet altitude by its carrier plane, VSS Eve, from which it was released to fly a suborbital arc into history.

On CNN, Neil deGrasse Tyson noted that today’s flight ushers in a new era of utilizing “the vast resources of space” and “solving Earth-based” problems, to address the needs of humanity.

Nearly two decades in the making, today’s flight is the culmination of Virgin Galactic’s efforts since opening its doors in 2004. While initially expecting to begin commercial operations before the end of that decade, taming the challenges of commercial spaceflight proved to be more challenging than expected. It was only after another decade of development and one in-flight accident, which destroyed the first ShaceShipOne prototype, that Virgin Galactic made history today.

“Space is hard,” said Anita Gale, the CEO of NSS. “Virgin Galactic has displayed great tenacity, as has Blue Origin, in demonstrating the technical maturity to begin revenue flights for citizen astronauts soon. This is a watershed moment—when non-professional, non-governmental passengers will begin flying into space. It is the very definition of what the National Space Society has been advocating for, and striving for, since its founding in 1987.”

Unity was released from its carrier plane at 8:35 local time high over the skies of the Southwestern U.S. A few minutes later, the innovative hybrid solid fuel rocket motor shut down, and the four passengers were authorized by the pilots to release their seatbelts, allowing them to float free throughout Unity’s cabin. Unity reached its maximum altitude of 282,000 feet shortly thereafter.

Moments later reentry began, with Unity approaching 2000 miles per hour before producing a trademark twin sonic boom as it approached the Spaceport America runway, where it landed at 9:40 a.m. New Mexico time.

“It’s been the experience of a lifetime,” said Branson as Unity descended, his crewmembers nodding enthusiastically from their seated positions behind him.

This inaugural flight of Branson’s commercial spacecraft came just nine days before the scheduled flight of Blue Origin’s New Shepard rocket and capsule. That flight will carry company founder Jeff Bezos; his brother Mark; a high bidder for one available seat; and Wally Funk, one of the so-called “Mercury 13,” women who were tested for spaceflight at the dawn of the U.S. space program. Blue Origin’s flight will be a bit higher than the Virgin flight, about 62 miles (the internationally recognized boundary of space), rather than about 50 miles (NASA’s and the U.S. Air Force’s defined boundary).

“This is a remarkable moment in spaceflight,” said Rod Pyle, the Editor-in-Chief of the NSS quarterly magazine, Ad Astra. “Commercial spaceflight has been a dream of the American entrepreneurial community since the end of the Space Race, and now, at long last, we have seen this remarkable first step. Blue Origin will follow, as will other companies. The next step is to make access to space—suborbital and beyond—routine and affordable for all of us.” Tickets for Virgin Galactic are currently said to cost about $250,000, with roughly 600 people having secured advanced reservations. 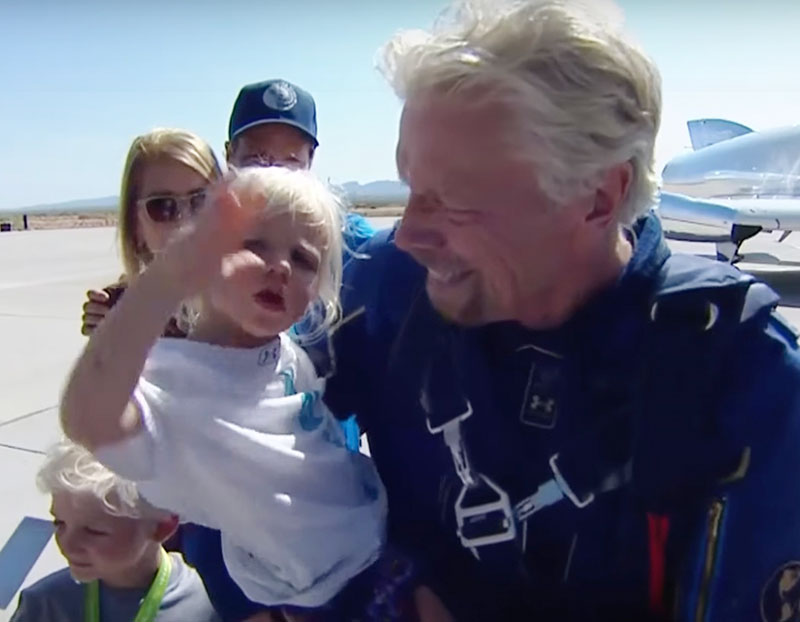 Branson shortly after his return from the record-making flight. Credit: Virgin Galactic