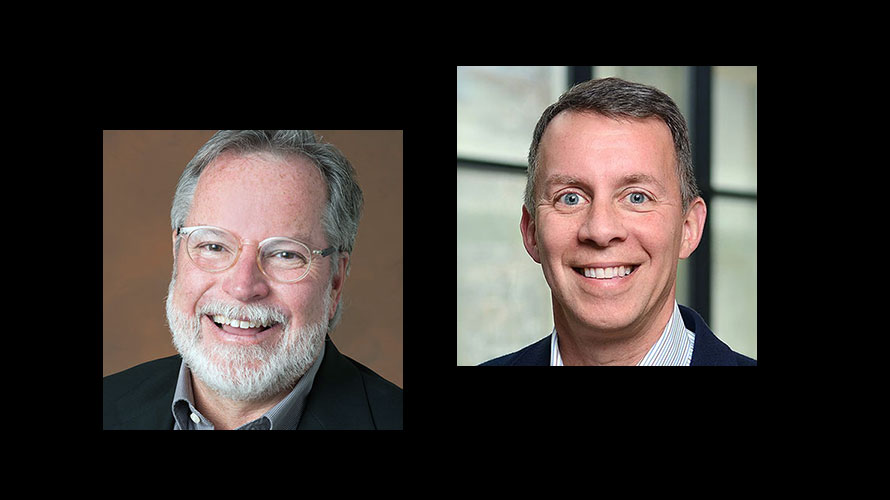 This Year’s Virtual Conference Streams Free to All Beginning Thursday

The National Space Society is proud to announce that Rob Manning, the Chief Engineer of NASA’s Jet Propulsion Laboratory, and Dr. Robert Braun, the lab’s Director of Planetary Science, will be awarded the NSS’s prestigious Space Pioneer Award at its annual International Space Development Conference®, which will be held virtually this year from June 24 through the 27th.

The Space Pioneer Award is presented in recognition of contributions to solving the problem of Entry, Descent, and Landing for the Mars rovers Curiosity and Perseverance. Landing these heavy probes on the Martian surface has been one of the most difficult challenges facing robotic exploration in the 20th century.

Rob Manning started working at JPL after receiving his graduate degree from Caltech in the early 1980s. He spent a decade working on spacecraft avionics and software on NASA’s outer planet missions, and in the early 1990s was tapped to be the chief engineer for the Mars Pathfinder project. Manning led the team that came up with the novel solution to landing the modestly-funded Pathfinder on the Martian surface using an untried airbag approach, which saw the spacecraft bouncing across the rocky plains by design, then successfully deploying its precious cargo. This approach was then utilized for the Mars Exploration Rovers Spirit and Opportunity in 2004. Manning then became the chief engineer for the Curiosity rover, leading the development of a completely new technology for that mission, called Sky Crane, that lowered the rover to the surface directly on its wheels. This was followed by years of work on the Low-Density Supersonic Decelerator program, which explored advanced deceleration techniques for landing on Mars. The Sky Crane approach was then used again for the Perseverance rover landing in 2021. Manning is now the chief engineer for JPL.

Dr. Robert Braun received a PhD in aeronautics from Stanford University before joining the faculty of the University of Colorado, Boulder, and eventually became the dean of the College of Engineering and Applied Science there. In 2010 he was selected as JPL’s first Chief Technologist in more than a decade, and was responsible for the development of NASA’s technology and innovation policy and programs, and led the implementation of a broad spectrum of technology programs. Along with Manning and their combined teams, Braun oversaw the development of the landing systems for JPL’s successful Mars rover missions. Braun is a member of the National Academy of Engineering, a Fellow of the AIAA and AAS, and the author or co-author of over 300 technical publications. He currently serves as the Director of Planetary Science at JPL and is the Bren Professor of Aerospace at Caltech.

The National Society’s Space Pioneer Award recognizes individuals and teams whose accomplishments have helped to “develop a spacefaring civilization that will establish communities beyond the Earth.” Previous recipients include astronauts Eileen Collins, Kathleen Sullivan, John Glenn, and Scott Carpenter. Other recipients include Elon Musk, writers Ben Bova and Ray Bradbury, and a host of other luminaries of spaceflight.

The International Space Development Conference is a four-day virtual event that will focus on key areas of space development: space settlement, space policy, space solar power, lunar development, and international space programs. It highlights areas of interest laid out in the National Space Society’s Roadmap to Space Settlement. Admittance to the first three days is free of charge, and no reservations are needed.

The ISDC can be viewed on Space.com, the NSS Facebook page, and on Roku, Amazon Fire, and a variety of other streaming services.