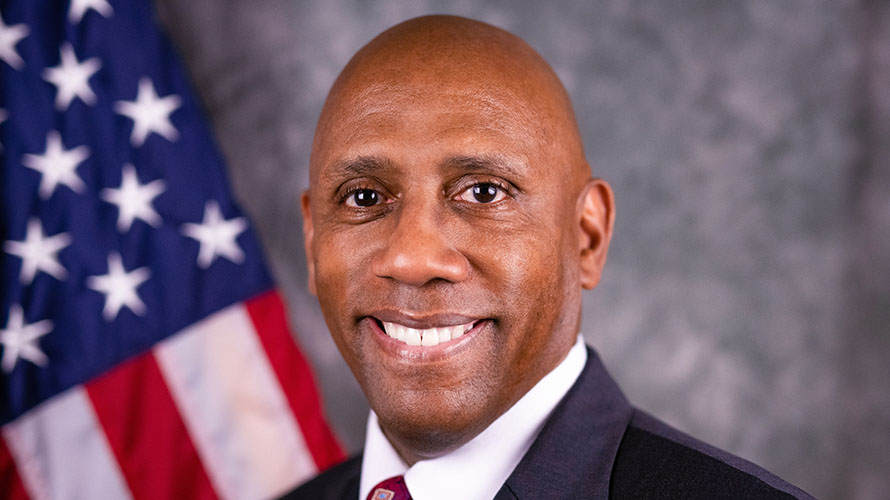 The Chairman of the National Space Society’s Board of Governors, Karlton Johnson, has been included in Savoy magazine’s 2021 Most Influential Black Corporate Directors. According to the publication, “Savoy magazine, the leading African American business, culture, and lifestyle publication, announced its list of 2021 Most Influential Black Corporate Directors…. This issue features Kenneth Chenault, former Chairman and CEO of American Express, and Kenneth Frazier, Executive Chairman of Merck.” NSS is proud to have the leader of its esteemed Board of Governors on this list for 2021.

“I’m both proud and humbled to be included in this list of gifted executives,” Johnson said. “This list is a testament to the enormous talent which can be tapped when organizations make diversity and inclusion as business priority. Highly specialized non-profits such as the National Space Society recognize this and have continued pushing the envelope to bring high quality professionals into prominent leadership roles. I want to personally congratulate all the leaders who were included in Savoy’s 2021 list, and I look forward to leveraging the power of diversity for space settlement.”

Michelle Hanlon, President of the National Space Society and herself Asian-American, said, “We who work closely with Karlton are not surprised by this recognition. Karlton is both driven and focused. His magnetic and motivating leadership abilities are crucial at this important juncture in the evolution of humanity into an inter-planetary species. NSS is fortunate to have him as part of our organization, and all humanity is fortunate to have a thought leader with a vision of a human future in space that does not just embrace, but actively promotes, diversity. This is a core value of NSS—that “every human being is allowed the opportunity to travel, live, and/or work in outer space.”

Johnson is the Chief Executive Officer of the DeLaine Strategy Group, a strategic advisory practice providing counsel to C-Suite leaders in the public, private, non-profit and government sectors. Prior to corporate life, Johnson served over 26 years as a highly decorated combat veteran with the United States Air Force, leading joint combat missions in hostile fire zones to build cyberspace capabilities across the globe. He served with distinction as the Senior U.S. military executive/CIO and lead cyberspace expert adviser to the 4-star Commander at United States Forces-Korea, Seoul, Republic of Korea, providing strategic oversight for all U.S. communications there and supporting 28,000 military personnel.

As Chairman for the NSS Board of Governors, Johnson is a key member of the  senior executive leadership of NSS. He advises and guides the high-achieving team that implements the NSS mission to promote social, economic, technological, and political change in order to expand civilization beyond Earth, to settle space and to use the resulting resources to build a hopeful and prosperous future for humanity.