Frederik Pohl, a long-time member and supporter of the National Space Society (NSS) and one of the great science fiction authors of the late 20th century, died Monday, September 2, 2013. He was 93.

Karen Mermel, Vice President for Development at NSS stated, “Fred often spoke at NSS chapter events and represented NSS on panels, including one with astronaut Jim Lovell to discuss the benefits of space exploration. Fred was a personal friend and a staunch NSS supporter who wholeheartedly believed in our goals and mission.”

Pohl was known as a dark humorist and satirist in novels such asThe Space Merchants (1953) and Gladiator-at-Law (1955). Both were written with frequent collaborator C. M. Kornbluth.

His long career included writing novels and short stories, editing, and being a literary agent for science fiction writers. He won three Hugo awards, was named a grand master of the Science Fiction Writers of America in 1992, and was inducted into the Science Fiction Hall of Fame in 1998.

Born November 26, 1919, in New York City, Pohl was an early science fiction fan who served as editor of Astonishing Stories and Super Science Stories in 1939-43; in the 1970s, he edited the magazines Galaxy and If.

1977’s Gateway was one of Pohl’s many books that explored human space exploration after overpopulation and the depletion of Earth’s resources; the Times called it an “adventurous, extrapolative, and insightful novel.” As far back as the 1950s, Pohl edited science fiction anthologies, something he continued to do throughout his life to bring attention to other writers’ work. He published a memoir, The Way the Future Was, in the late 1970s, and continued the story in the 21st century online with The Way the Future Blogs.

Elizabeth Ann Hull (Betty), Fred’s wife, says she’ll be planning a memorial for Fred in the next six months or so. That way all friends and fans will be able to attend. 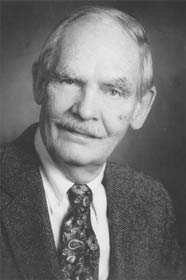