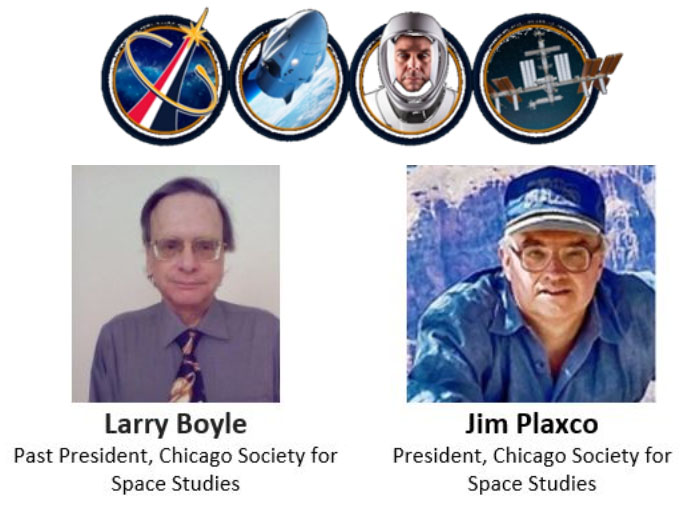 2021 was one of the most impactful years in space, based on the breadth and scope of the missions, both human and robotic. Unlike the 1960s and ’70s, space is no longer the provenance of only two countries. The players have expanded to include many other countries as well as private companies all attempting to “take longer strides” in space. In this informative presentation, Chicago Society for Space Studies Vice President Larry Boyle provides an overview of the global space activities that occurred during 2021.

Worldwide spending on space is estimated at over $446.88 billion a year. 72 nations have space programs and hundreds of private, for-profit, companies are working in outer space. Several nations have sent robotic probes to Mars. 2021 was the year of space tourism with the flights of Virgin Galactic, Blue Origin, and Inspiration4. The United States has a program called Artemis to return people to the Moon by 2025. And the Webb Space Telescope will be launching later in December. It’s been an exciting year and Larry will look at the highlights with some looking ahead to 2022. Don’t miss this comprehensive review of an amazing year in space.

Larry Boyle was the President of the Chicago Society for Space Studies between 1989 and 2002. He is now a Vice-President. The Society started in 1977. Larry was a reference librarian at the Franklin Park Public Library. This allowed him to research the events in the world’s space programs very easily. He is now retired. Larry has been interested in the space program since childhood. He went to the Kennedy Space Center to watch the Apollo 17 launch to the Moon in 1972. He has been to a space shuttle launch as well. Larry received his Library Degree at Rosary College and a BS from Loyola University in Chicago. Larry’s hallmark presentation has been his “Space: The Year in Review” program which he has been giving since 1979.

Register no later than Dec 2 at 8 pm EST.