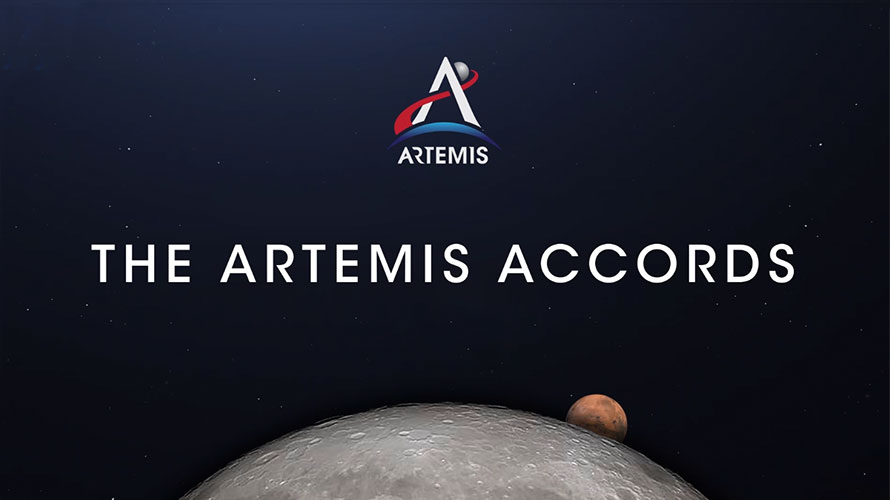 NSS has planned a special program, devoting two hours to explore and answer your questions about the Artemis Accords. I am honored to be joined by Dr. Andrea Harrington, Interim Dean of Space Education at Air University and former Chair of the Department of Spacepower at Air Command and Staff College, Gabriel Swiney, the head space lawyer at the U.S. Department of State, and Memme Onwudiwe, author of “Africa and the Artemis Accords.”

Join the discussion and bring your questions. Register at https://space.nss.org/isdc-sunday/

Why Are the Artemis Accords Important?

On October 13, 2020, the civilian space agencies of eight nations — Australia, Canada, Italy, Japan, Luxembourg, the United Arab Emirates, the United Kingdom and the United States – announced that they had agreed to 12 Principles for Cooperation in the Civil Exploration and Use of the Moon, Mars, Comets, and Asteroids, known colloquially as the Artemis Accords. The stated purpose of the Accords is to “establish a common vision via a practical set of principles, guidelines, and best practices, to enhance the governance of the civil exploration and use of outer space with the intention of advancing the Artemis Program.” The Artemis Program being, of course, the United States effort to “land the first woman and the first person of color on the Moon and herald a new era for space exploration and utilization.” Since October, an additional four nations have signed on to the Accords – Ukraine, South Korea, New Zealand and Brazil.

However, the Accords have not been entirely well-received.

Some see the Artemis Accords as a unilateral attempt to circumvent a fundamental debate about whether utilizing space resources violates international law obligations that prevent the claiming of territory in space. Others see them as a hegemonic attempt to unilaterally privatize and colonize space.  And indeed, whether in response to the Artemis Accords, or as a result of coincidental timing, in March 2021, China and Russia announced their own partnership to support the joint construction of the International Lunar Research Station, a permanent research center on the Moon.

All that certainly begs a wealth of questions:

And that’s just the tip of the iceberg!

Join us for the answers to these and other questions Sunday, June 27 at 1:00 PM Eastern time. Register here: https://space.nss.org/isdc-sunday/

Michelle Hanlon, President of the National Space Society, is Co-Director of the Air and Space Law Program at the University of Mississippi School of Law and its Center for Air and Space Law and the Editor-in-Chief of the Journal of Space Law, the world’s oldest law journal dedicated to the legal problems arising out of human activities in outer space. Michelle is also a Co-Founder and President of For All Moonkind, Inc., a nonprofit corporation that is the only organization in the world focused on protecting human cultural heritage in outer space. For All Moonkind has been recognized by the United Nations as a Permanent Observer to the United Nations Committee on the Peaceful Uses of Outer Space.