The 34th annual International Space Development Conference® (ISDC® 2015) is set for May 20-24, 2015 at the downtown Hyatt Regency in Toronto, Canada. The event is this year’s best opportunity to meet and learn from leaders on the cutting edge of concepts shaping the future of life on Earth and in space.

ISDC® is the yearly conference of the National Space Society, a nonprofit organization that has hosted the gathering since 1982. The Canadian Space Commerce Association is hosting ISDC® 2015. The International Space Development Conference® is unique in bringing together members of the general public with space activists, scientists, engineers, educators, astronauts, aerospace industry leaders, and government officials for one purpose: to explore humanity’s future in space.

An exciting array of distinguished guest speakers is set to share their experiences and insights with conference attendees, led by Apollo 11 astronaut and ShareSpace Foundation founder Buzz Aldrin. The second man to walk on the Moon, Aldrin also serves on the National Space Society’s Board of Governors.

A still-growing list of featured speakers at ISDC® 2015 includes: 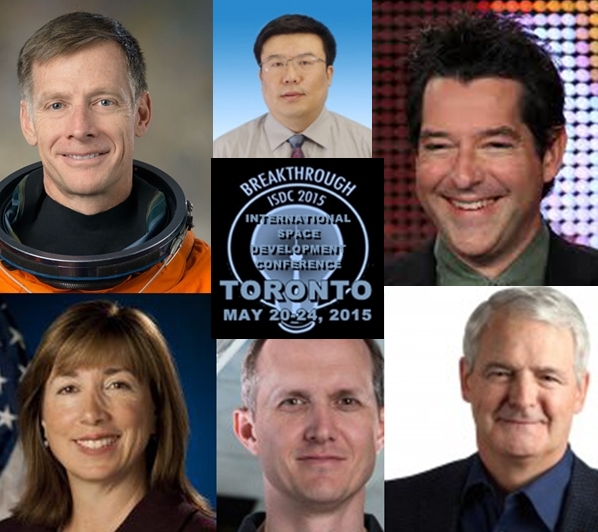