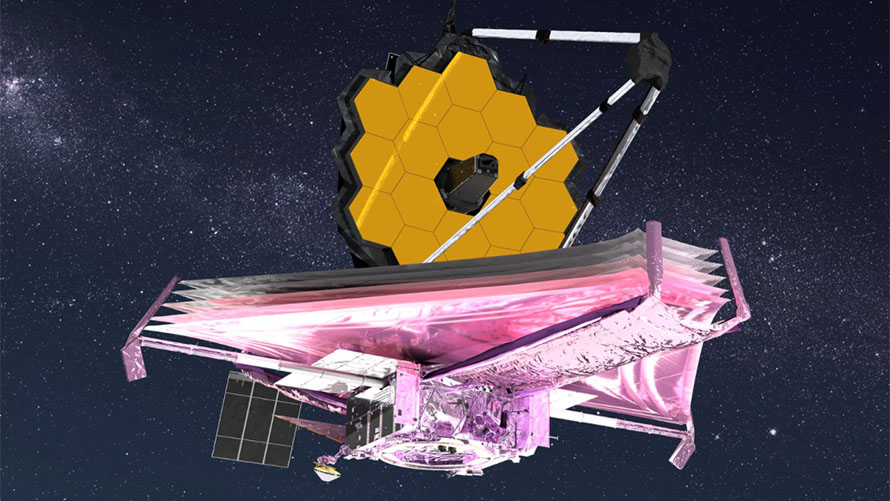 Stahl explained that the design of the WST required the invention of new technologies and fabrication processes. Due to the size of the WST (i.e., approximately a “two-story house”) and its sun shade (i.e., approximately a “tennis court”) compared to the size of the space vehicle, WST and the sun shade had to be folded for transport. For the mirrors, beryllium was chosen because it has a high-specific stiffness, which saves mass and money, and high conductivity below 100K, which offers thermal stability. Stahl said he was hired to ensure the mirrors were made to their specified shape. He described the mirror manufacturing process with blank fabrication, machining, polishing, and mirror system integration. He showed the complexity of the testing procedures and how solutions were found for them. He said that to test the telescope, the telescope wings were deployed, and the sunshade was opened and folded back.

In order to observe “light from the first stars,” Stahl explained that the WST has to operate in the infrared—because of redshift. Because the Universe is expanding, light from distant stars shifts from the blue and visible into the infrared due to space-time stretching. WST is optimized for a 0.6-28 micrometer wavelength in the electromagnetic spectrum. He said an advantage of WST being an infrared telescope is its ability to see within dust. He explained that “Aperture = Sensitivity” where sensitivity is measured by incremental improvement of visibility as compared to the eye. WST is designed to be six-times more sensitive, has more resolution, and a wider field of view than the Hubble telescope.

Stahl said WST must observe from space because the atmosphere of the Earth absorbs most of the infrared spectrum. He explained the benefits in lifetime of WST at the L2 location. The L2 location is gravitationally and thermally stable and is a huge area. Stahl showed the WST has four science instruments: Near Infrared (NIR) Camera, NIR Spectrometer, Mid-Infrared Instrument, and Fine Guidance Sensor.

He explained WST offers increased information per investment and timeline compared to the Hubble telescope: