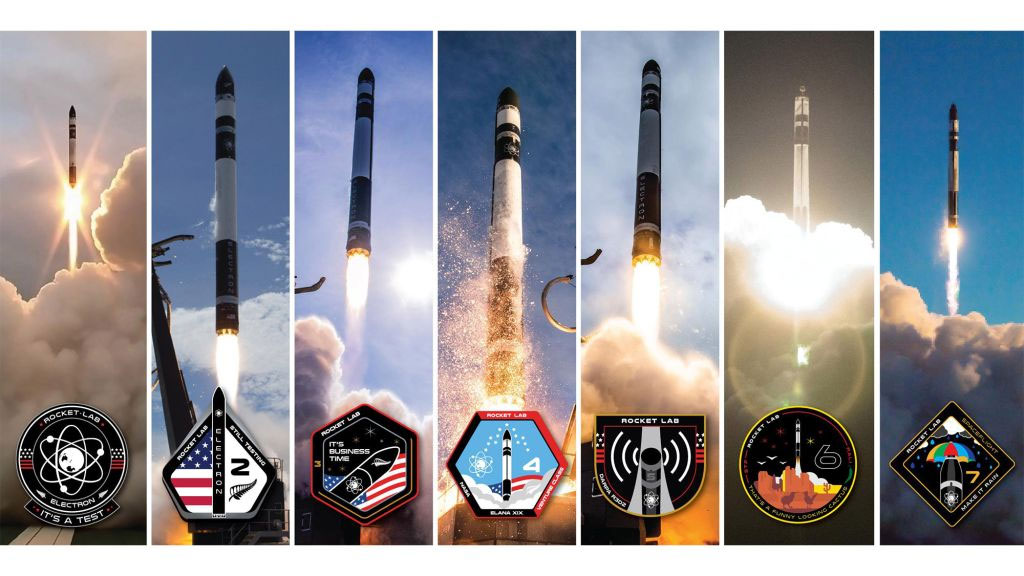 Rocket Lab had a great 2019, concluding with its 10th launch overall, with six in 2019 alone. All six launched from Rocket Lab’s LC-1 in Mahia Peninsula, New Zealand. All launches used the two-stage lox-kerosene Electron rocket, which typically delivers 150-225 kg to a 500 km sun-synchronous orbit. The first stage features nine Rutherford engines providing a peak thrust of 42K lbf (192 kN) and an ISP of 303 seconds. The 2nd stage has a single vacuum-optimized Rutherford engine sporting an ISP of 333 sec. Among Rocket Lab’s innovations are battery-powered electric pumps, “drop” batteries that fall away when drained, 3D printed engines, and an all-composite body. Prices for a lunch start in the $5M-$6M range. Although Rocket Lab does have government customers, all development costs were funded by private investors from a variety of leading venture capital firms, including Khosla Ventures, Bessemer, and Greenspring.

Rocket Lab is currently building two additional launch sites to expand capacity. LC-2 is located at the Mid-Atlantic Regional Spaceport near NASA’s Wallops Flight Facility in Virginia. This complex is expected to become operational in Q2 2020 with construction having been completed in December 2019. Rocket Lab is also constructing LC-1 Pad B near LC-1 Pad A in New Zealand. According to the Rocket Lab website, to date they have launched 47 satellites. They also supply a “Kick Stage” that is used to circularize payload orbits, followed by a self-deorbit process.

With a solid lead in the so-called “venture class” launch sector, Rocket Lab announced in 2019 that they would seek to re-use their first stage via parachute recovery with in-air helicopter capture, and the Dec. 6 “Running out of Fingers” launch marked the initial effort to test an Electron first stage instrumented to track stresses likely to be encountered during recovery.

To put the success of Rocket Lab in some perspective, consider the following data on number of 2019 launches :

First, if New Zealand was added to the USA, the total would be 27, ahead of Russia and not far behind China. Second, Rocket Lab by itself is matching Europe and India in launches if not in tonnage. This is pretty amazing. With Rocket Lab soon to be operating three launch pads, it is easy to see New Zealand moving comfortably into fourth place globally in 2020, well ahead of India and Europe, and even potentially surpassing Russia in number of launches. Since SpaceX is poised for a big year in 2020, and with Rocket Lab counted as part of the U.S. total, we can expect a battle royale between China and the U.S. for first place in total launches.

Taking a more detailed look ahead to 2020, we may see up to two launches per month from Rocket Lab, totaling 24. Capping 2020 with the recovery of a first stage is not out of the question. An interesting question is whether competition will slow Rocket Lab down. With SpaceX now offering rideshares as low as $1M, there has to be some impact on the Rocket Lab pipeline. Although venture class competitor Vector has bit the dust, we should see Firefly and Virgin Orbit launch in 2020. One thing that will be tested in the marketplace is whether there is one “Venture Class” market or several, as suggested by the table below:

The question of interest is whether Vega and Electron are really in direct competition. The other competitors appear to be seeking “sweet spots” between the Vega and the Electron in terms of capacity. At roughly $50M per launch, Pegasus is provided as a comparison to what was previously available, but is clearly a non-starter going forward. Exactly where SpaceX will fit in here remains TBD. I have not shown the Chinese rockets in this class since the real question is whether the Western nations will allow Chinese state capitalism and subsidized re-used ICBMS to destroy the nascent Venture Class commercial launch industry. Also, right now I don’t feel I understand the Indian launchers and the competitive landscape there well enough to comment, but at some point, I will add them in.

Regardless, we can expect that some but not all of these questions will be answered in 2020.  One thing is certain: Rocket Lab has the inside track and is lapping the competition outside of India and China.