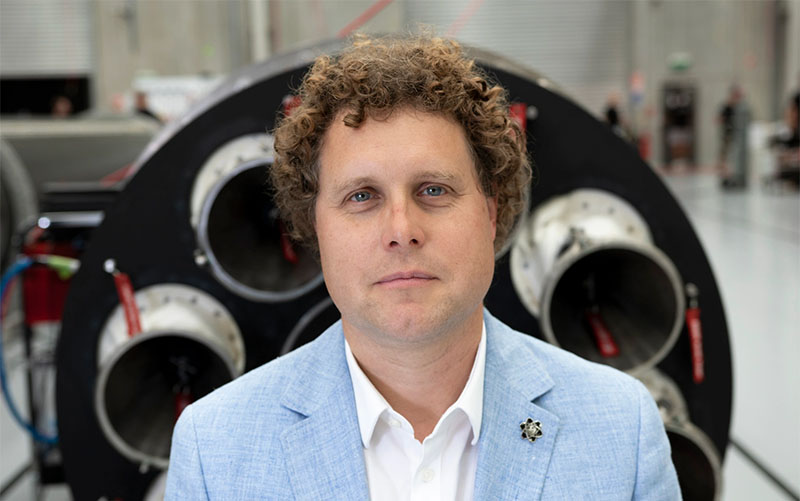 Will Receive the Prestigious NSS Space Pioneer Award for His Accomplishments

The National Space Society will host Rocket Lab CEO/CTO Peter Beck at its International Space Development Conference® (ISDC®) this May. Mr. Beck started Rocket Lab in 2006 after working a variety of jobs in smart materials, composites, and semiconductors starting in the late 1990s. Beck describes his experiences in working hands-on with these materials as “enabling me to learn more, or to provide resources to ultimately build bigger and better rockets.”

“Peter Beck has accomplished something remarkable,” said Dale Skran, Chief Operating Officer of the National Space Society. “In a relatively short period of time, and with only modest investment, he has built a small but transformational company that has created a launch capability for small payloads focused on delivery to specific orbits as requested by their clients. We applaud his achievements in this very competitive sector of the space business.”

Rocket Lab was the first company of its kind co-located in the Southern Hemisphere (New Zealand) and the United States. Over the past decade-and-a-half, they have developed and flown the Electron rocket to launch cubesats and smallsats, and are currently building the larger medium-lift Neutron rocket that will be capable of carrying up to 9 tons in its reusable mode and over 16 tons (without recovering the booster) to orbit.

The Electron started test flights in 2017 with commercial flights following in 2018. The Electron’s first stage is reusable and the Neutron will follow suit, resulting in lower costs in its market segment. In 2020 the Electron successfully delivered 29 smallsats to orbit on a single launch, and there have been 23 Electron launches to date lofting a total of 109 satellites to orbit.

Beck also drove the development of the Photon satellite bus, which is capable of delivering payloads to higher orbits and even to the Moon. The company has also demonstrated a new propellant, called a viscous liquid monopropellant, which is unique in that it behaves like a pseudo-solid material until a shear force is applied, then turning into a liquid. This type of propellant has a number of advantages over purely liquid fuels with regard to storage and handling.

Beck will accept the Space Pioneer Award at the NSS annual International Space Development Conference, which runs from May 27-29 in Arlington, Virginia, where he will also present a keynote address. He joins a long list of space luminaries in receiving the Space Pioneer Award, including Robert Manning, Chief Engineer at NASA’s Jet Propulsion Laboratory; astronauts Eileen Collins, Al Worden, and Kathryn Sullivan; NASA Flight Director Gerry Griffin; Caltech physicist Kip Thorne; astronomer and former chairman of the SETI Institute Frank Drake; and a host of others. The Space Pioneer Award recognizes individuals and teams whose accomplishments have helped to open the space frontier.

For more information and registration for the conference, see the ISDC 2022 website.