Sacramento Chapter 5th Breakfast on the Moon Event a Success 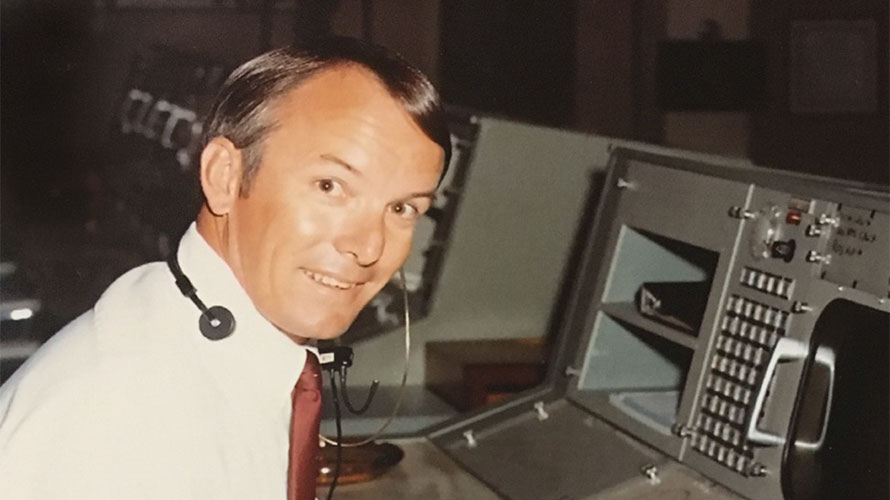 On August 7, 2021, the Sacramento L5 Society (SacL5) and the National Space Society (NSS) started their day with a hearty helping of the Apollo 15 mission for their 5th Breakfast on the Moon event. A complete video of the event is below.

These events are a celebration of the 50th anniversaries of Apollo missions. Zoom host Joseph Bland, president of the SacL5 Society, commented that at approximately this moment 50 years ago, Apollo 15 was 6 hours and 40 minutes from splashdown. Bland greeted people from around the world and introduced his two “breakfast guests:”

Paustian described the Apollo 15 mission as the first J mission, 9th crewed mission, and 4th landing. He asked Griffin, what was the meaning and difference of the J missions. Griffin said the J mission was the name used for the “last block of spacecraft,” Apollo 15, 16, and 17 vehicles. These vehicles were improved: more oxygen and safety with one-added and fixed oxygen tanks, longer extravehicular activities (EVAs), and the addition of the lunar rover.

Paustian asked about unique anomalies of the Apollo 15 mission. Griffin answered the most serious was the “service precaution system engine light came on,” which could have caused a “’no go’ for a lunar-orbit insertion.” Johnson Space Center (JSC) engineers and Rockwell personnel figured that it was a short in the switch and not a signal to the engine; the short was fixed. The biggest issue was that one of three parachutes did not open, making it a hard landing. The other issue was at the undocking from the S-IVB. On the lunar surface, astronaut David Scott had issues with but accomplished getting the drill into the surface. Another was that mid-course corrections were needed.

Paustian questioned what made astronaut Al Worden’s orbit different? Griffin answered because Worden was taking pictures from the Sim Bay, the orbit was changed from circular to highly-elliptical. Paustian said that The Guinness Book of World Records gave Worden the record of being “the most isolated human being ever.” Griffin vividly explained how Worden performed the first deep-space EVA to collect the film cannisters.

Paustian mentioned the transition of astronauts from test pilots to learning and doing their exploration duties. Griffin said that the Apollo 15 mission was a pivot point to focus on scientific Moon exploration. Apollo 15 was the first time that the S-IVB was intentionally crashed into the Moon such that it rattled the seismometers placed on Apollo 12 and Apollo 14, which gave scientist a look at the substructure.

Griffin explained how Scott studied and brought other professionals in NASA to study geology for the J missons. As trained, after landing during an EVA, Scott did a panoramic view “to see the major features and get the lay of the land.” Griffin acknowledge that Scott was asked to look for a specific rock, which he recognized when he saw it. This rock became known as the “Genesis Rock,” which was made of “material that had been ejected out of the Imbrium Basin and described the core and age of the Moon.

Scott gained approval to test and prove Galileo’s statement about objects in a vacuum would fall at the same rate if they had varying masses. Scott dropped a hammer and falcon feather (the falcon is the mascot of the Air Force Academy). Astronaut James Irwin and Scott recorded this experiment, which proved the feather and hammer to simultaneously hit the surface of the Moon.

Paustian proceeded with asking about the lunar rover. Griffin said the lunar rover had to be light to go on the mission, packaged small enough to be stowed in the side of the lunar rover, and unfolded as it came down. The lunar rover had the capability of going longer distances and carrying samples and tools. The front steering did not work for Scott, but the back wheels where maneuverable. Its broken fenders where fixed by clipping on replacements. The lunar module had a camera, which could be controlled by mission control personnel

Griffin gave other insights for future space missions and his contributing role for accuracies in space movies such as Apollo 13 and Contact. Bland complemented and completed this informative interview session with a satisfying question and answer session.