Sochi 2014 Winter Olympics, Made Even Better With Cosmonauts

The Russian National Anthem, presented Friday, February 7, at the Sochi 2014 Winter Olympics opening ceremonies. At about 1:45, cosmonauts Sergei Krikalev, Yelena Serova, Svetlana Savitskaya, Fyodor Yurchikhin, and Roman Romanenko step in to raise the Russian flag. Video originally presented by NBC – found via this link on YouTube.
So, many space watchers were pretty thrilled to see some of Russia’s best and most badass presenting the Russian and Olympic flags during Friday’s opening ceremonies. The cosmonauts present included important figures from the Vostok, Salyut, Mir, and International Space Station eras. Valentina Tereshkova, the first woman ever in space, made an appearance to hoist the Olympic flag.
For those interested in the activities of our cosmonaut friends, Russia’s pride in their space program during the opening ceremonies was lovely and refreshing to see. 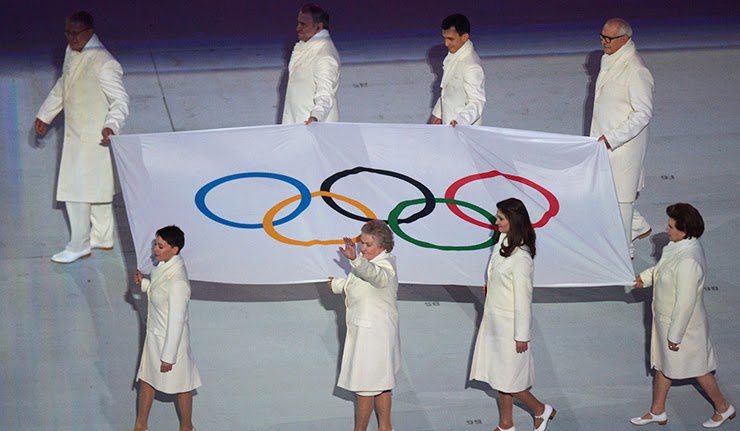 Valentina Tereshkova, first woman in space on 1963’s Vostok 6, carries in the Olympic flag. She is at the bottom, far right. Photo Credit:  RIA Novosti, found on the Voice of Russia website.