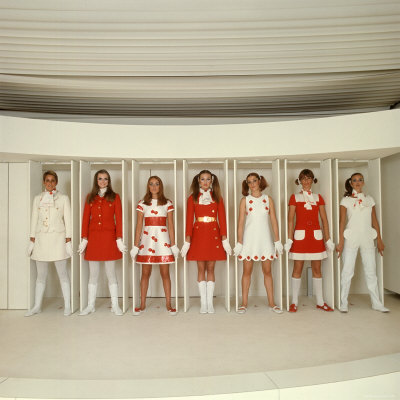 “Swigert, you can’t take these girls with you, CUT IT OUT” – Andre Courreges “Moon Girls” Collection, mid-1960s.
The blog “A Glimpse of Glamour” did a blog post last year during the 40th anniversary of the Apollo 11 moon landing which showcases the “space age” styles which were coming into vogue during the 1960s. In addition, more current space-influenced styles (think Rodarte remixing “The Little Prince,” one of the world’s most famous lunar-themed books) are also on display. I dig anything which combines space and expensive textiles…

“I See The Moon, The Moon Sees Me”