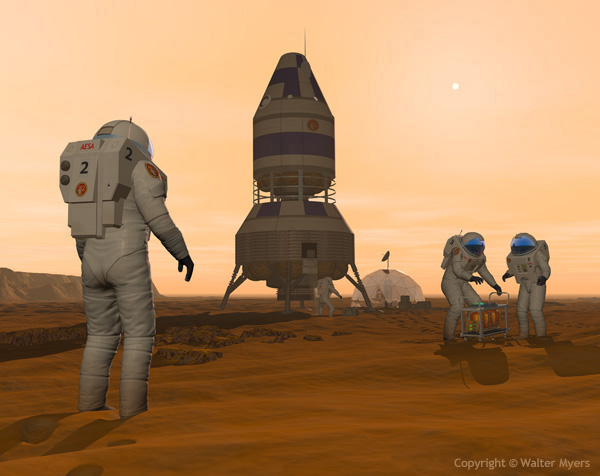 Martian Pioneers: The first human visitors to Mars would face an environment nearly as hostile as the Earth’s Moon. While Mars has an atmosphere, it contains no breathable oxygen and is so thin that the surface air pressure is about the same as the Earth’s 18 miles above sea level. To venture outside, humans would need hardy suits that would supply pressure, oxygen, moisture, warmth, and insulate them from the fine martian dust that may be both abrasive and chemically reactive. Even with these precautions, humans would still be vulnerable to radiation from solar storms and the continual rain of interstellar cosmic rays.