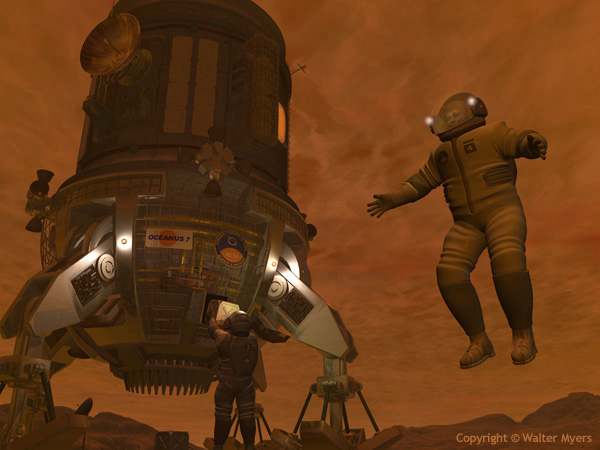 Tital Low-G: While Titan is one of the largest terrestrial worlds in the Solar System, larger even than any of the known dwarf planets, the pull of gravity at its surface is only 1/10th the Earth’s. A 150 pound astronaut with a 200 pound suit would weigh only 35 pounds on Titan. Titan’s surface gravity is lower than even the Moon’s (which is 1/6th the Earth’s), and yet Titan’s diameter is about 50% larger than the Moon’s. The reason for the discrepancy is because Titan’s interior is composed of roughly equal parts water ice and rock, while the Moon’s interior consists of denser silicates, and possibly iron at the core.