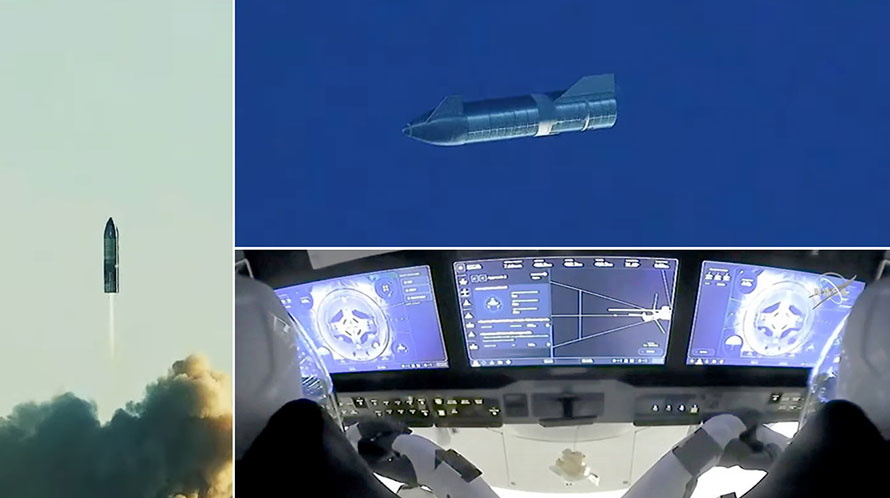 Given how generally terrible 2020 has been for most of us suffering under the yoke of the pandemic, it seems impolite to point out that SpaceX has somehow struggled through to pull off what can only be described as its best year ever. Early in 2020 there was talk of shutting down Commercial Crew testing and evacuating the International Space Station. Fortunately, NASA found the courage to continue, and has been richly rewarded with success from SpaceX.

Just briefly listing what is almost certainly an incomplete list of SpaceX 2020 achievements:

For comparison, in 2020 ULA launched six payloads. An obvious criticism of SpaceX is that most of their launches were for an internal customer, Starlink. However, the SpaceX commercial/military total alone equals the ULA launch total of six. Add to this six for NASA and 14 Starlinks, totaling 26, and we can see why it is fair to say SpaceX is the leading U.S. launch company. The 26 SpaceX launches total more than Russia (16), Europe (5),  and Japan (4) combined! Only China at 39 launches bested SpaceX.

A single disappointing area appears for SpaceX in 2020:  No launches of the Falcon Heavy, a deficiency that should be corrected in 2021.

This constitutes a remarkable record that any company could be proud of:

SpaceX also was named the winner by the Space Development Agency of a $149 million contract to build four satellites to detect ballistic and hypersonic missiles. This contract win is being disputed by the losers, but it indicates the SpaceX is encroaching into the traditional territory of the “aerospace majors.”

But that’s not all folks! SpaceX has been conducting an intensive development and testing effort in Boca Chica, Texas to bring to reality the Starship/SuperHeavy, a fully-reusable Saturn V class rocket of a totally new design based on the methane-lox Raptor engine. Major tests in 2020 included:

There is just no getting around it – SpaceX had a very good 2020, almost certainly the best ever for the company. 2021 holds out the potential to be even better, featuring:

But exciting as all of that is going to be, it’s the 2021 Starship/SuperHeavy milestones that I’ll be paying the most attention to:

I don’t expect to see a full up orbital Starship/SuperHeavy flight in 2021, but it would not surprise me if as the year closed the full vehicle was being stacked on the launch pad the first time. We can expect more fiery “landings” at Boca Chica during 2021, but fortune favors the bold, and SpaceX has the boldest rocket team of our time.

Given the impetus SpaceX brings forward from 2020 to 2021, probably the greatest potential for delay lies in a changing regulatory environment. Viasat is attempting to slow down Starlink via regulatory intervention, and the possibility exists that the FAA might require a new environmental impact statement to launch Starship/SuperHeavy at Boca Chica, potentially resulting in years of delay. SpaceX has proved nimble at overcoming obstacles in the past, and is even now hiring workers to build an off-shore platform to launch Starship/SuperHeavy, but we will have to wait and see.