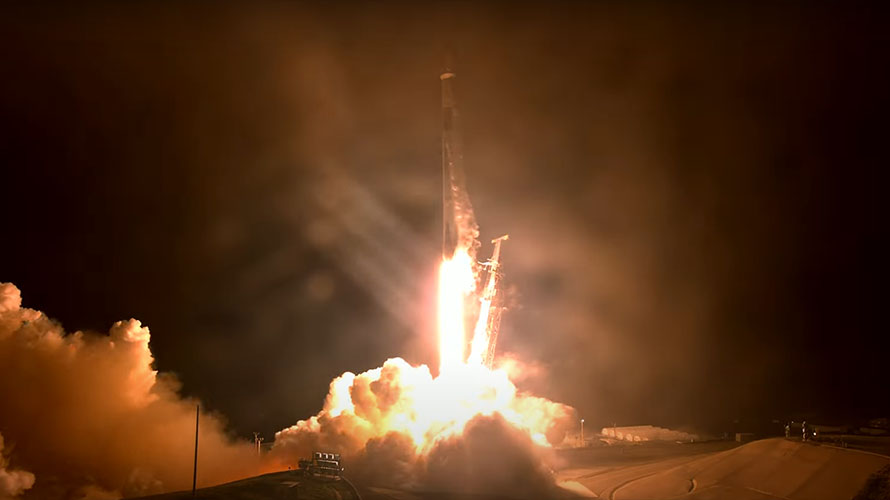 With the covid pandemic ebbing, the runway cleared for SpaceX to set some records at an entirely new level. Let’s take a look at the most significant SpaceX achievements for 2022 that involved the Falcon 9:

To grasp the scale of this achievement, a table is required (this table includes an additional Falcon Heavy flight so it totals 61):

For some context, here are some 2022 statistics:

This is what domination of the world launch market looks like. There can be no doubt that SpaceX has benefited from the exclusion of world customers from launching on Russian rockets due to the war in Ukraine, but even if this had not occurred, SpaceX would still be strongly leading. And yes, just more than half of SpaceX launches were for Starlink, but even subtracting the Starlink launches, SpaceX would still come close to their 2021 record of 31 launches with 27 non-Starlink flights in 2022.

Although SpaceX failed to launch a record number of Falcon Heavies in 2022, this large of a rocket returned to flight November 1, 2022 lofting USSF-44 toward geosynchronous orbit, and treating us to another picture-perfect simultaneous landing of two side boosters. It has been widely reported that the many issues slowing down FH launches lie in payload readiness, and not in any issues with the FH.

SpaceX also has its Transporter Rideshare program that is scheduled to launch 114 satellites on its Falcon 9 flight tomorrow, and has launched 436 payloads on five previous flights.

Listing all the contract wins for SpaceX in 2022 would be a tiresome task, but a few of the big ones include:

Overall, the SpaceX 2023 manifest is stuffed, with Elon Musk projecting 100 launches. Looking into 2023 in more detail, some of the big events planned include:

It certainly appears that SpaceX had a fantastic 2022. The only real glitch came with the February launch of Starlink 4-7. The launch itself was a complete success, but it was followed by the loss of 38 out of 49 satellites due to a geomagnetic storm in space. There was just one thing missing—any Starship/Superheavy flight. The Starship program clearly made a lot of progress, with a giant launch tower with the “chopsticks” used to stack this beast in full operation, and lots and lots of tank tests and static fires of both the booster and the ship. What appears to have happened is that after it became clear the FAA was going to move slowly in granting environmental permissions for orbital launches, SpaceX decided to virtually re-build Starship, and especially the Raptor, essentially moving to an entire new generation of technology. Finally, on June 13, 2022 the FAA formally issued a mitigated Finding of No Significant Impact (FONSI), which means that assuming SpaceX performs a list of mitigations, they will be allowed to make a limited number of Starship orbital launches from Boca Chica. This step is not the same as a launch license, but it is essential for a launch license.

When a launch license might be issued remains a matter for speculation, but since Elon has not been making a lot of noise about it, we can reasonably assume that he does not expect it to be the long pole in launching Starship to orbit. Also, NASA has made favorable noises about Starship progress, so this would be further evidence that NASA is not terribly concerned either. At this point, Starship is in the critical path for Artemis landing on the Moon, so my guess is that magically any permit needed to make Artemis work will be provided in a timely fashion.

As SpaceX moves to mass launching of Starlink 2s using Starship things may look different, but that is why SpaceX is pouring money into not one, but two Starship/Superheavy launch towers in Florida at KSC. The kind of environmental assessment that has so bedeviled SpaceX at Boca Chica was done a long time ago by NASA in Florida, so the way forward is clear on the Eastern front. The main issue in Florida is how close the Starship pad is to the pad SpaceX uses to launch commercial crew flights to the ISS. SpaceX has responded to NASA’s concerns by promising to make both Florida Falcon pads capable of crew launches.

So, the big question for 2023 becomes: which methane rocket will be the first to reach orbit? The contenders are:

There is enough business for all of them, so in this race, we may have four winners. Looking forward to an amazing 2023 in space!!!