While the Obama commercial space policy is the news, SpaceX continues to move forward toward the initial launch of its Falcon 9 rocket within the next 1 to 3 months. The latest milestone was getting the rocket vertical on the pad. 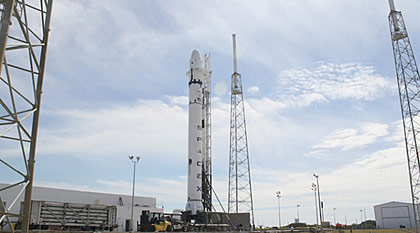 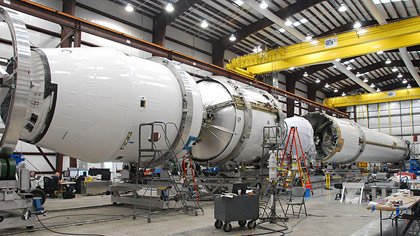 In December 2008, NASA announced the selection of SpaceX’s Falcon 9 launch vehicle and Dragon Spacecraft to resupply the International Space Station (ISS) when the Space Shuttle retires in 2010. The Falcon 9 is designed to carry 23,000 pounds to Low Earth Orbit.

The Dragon Spacecraft, initially for cargo only, is later planned to carry astronauts as depicted in this SpaceX video.