SpaceX “Level of Enthusiasm” as viewed by NASA 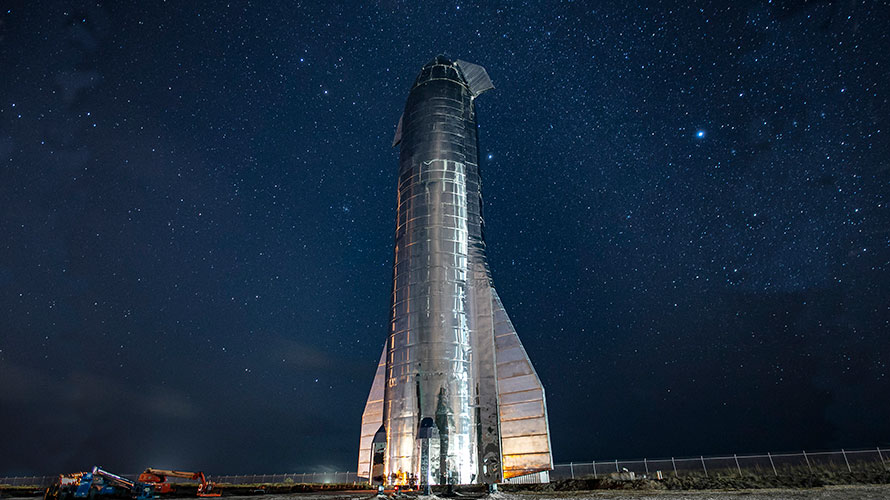 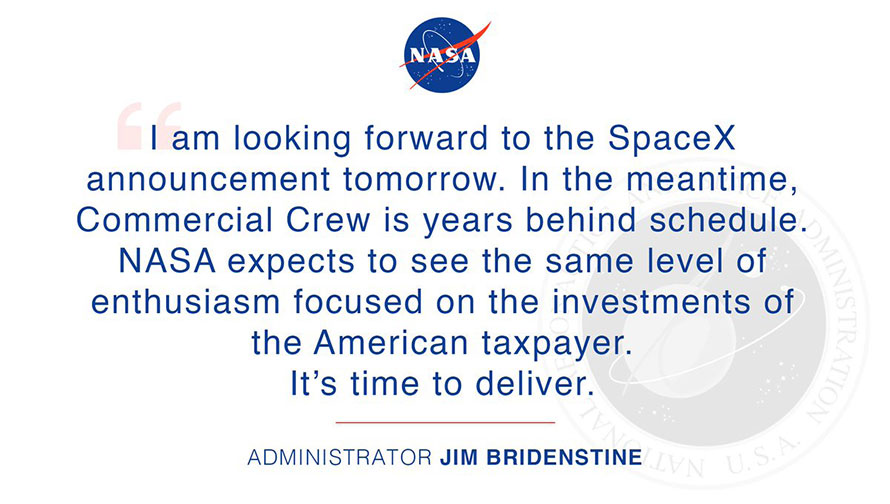 This statement left space advocates scratching their heads about what it might mean. There’s been a lot of speculation on this topic, but I don’t have much to add to that discussion. Musk responded during the Q&A after the Starship update that only about 5% of SpaceX resources were being devoted to Starship and the vast majority of resources were devoted to Falcon and Dragon, especially Crew Dragon.

Subsequent statements by Administrator Bridenstine suggest an authentic concern that Dragon 2 will not fly in time to prevent NASA from having to sign up for more (and more expensive) rides to the ISS on the Russian Soyuz. Without stepping into the tarpit, I observe that there are other projects at NASA that are at least as far behind, or further behind than SpaceX Commercial Crew, so it remains unclear why SpaceX is being singled out for attention that logically should be spread more broadly.

However, there is one sentence that merits a closer examination: “NASA expects to see the same level of enthusiasm focused on the investments of the American taxpayer.” This is most easily understood as a complaint that Musk and SpaceX are not sufficiently “enthusiastic” about Commercial Crew and Dragon 2, although precisely what Administrator Bridenstine is looking for here remains unclear.

This can be read another way, namely that NASA expects to see the space interested public as “enthusiastic” about Commercial Crew as they are about Starship. NSS, both by itself and as part of the Alliance for Space Development, has a long history of supporting Commercial Crew. Commercial Crew is important for many reasons, but here are few:

Commercial Crew is an extremely exciting NASA program, and NSS has gone to bat to support it in the face of Congressional budget cuts many times. That’s a lot to be excited about, and on another day in another year, Commercial Crew might be the major focus of the space interested public. But we don’t live in that alternate universe. We live in a universe in which Elon Musk and SpaceX are embarked on a “committed strike” to build a city on Mars. In the martial arts, a “committed strike” refers to an all-or-nothing move that will bring either complete victory or total disaster. And Starship/Superheavy is the linchpin of such an effort.

Having said all that, Starship/Superheavy will be a revolution that surpasses all current limitations on space activities and propels us in a sustainable, cost-effective way to the Moon, Mars and beyond. There is no rocket like it operating anywhere in the world, and no rocket in committed development comes close to its planned range of capabilities.

So, yeah, folks are enthusiastic about it.