The National Space Society takes great pleasure in awarding its 2014 Space Pioneer Award for the Entrepreneurial Business category to SpaceX President and Chief Operating Officer Gwynne R. Shotwell. NSS will present the Space Pioneer Award to Mrs. Shotwell on Saturday May 17, at NSS’s annual conference, the 2014 International Space Development Conference (ISDC).  The conference will be held at the Sheraton Gateway Hotel in Los Angeles, CA, and will run from May 14-18, 2014. 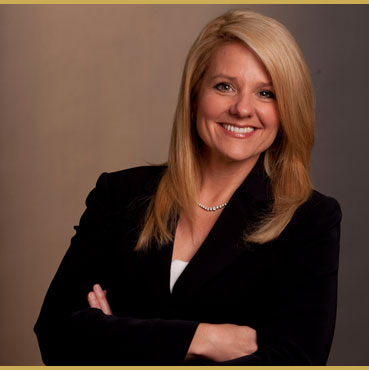 With this award we recognize Mrs. Shotwell’s immense service to the space community. We are honoring her specifically for her day to day management of SpaceX business, as an effective spokesperson, and in leading the sales of over $5B in launch services business to a global set of customers. She is also in charge of a wide array of other critical company operations. As the seventh employee of SpaceX in 2002, she has given over 11 years of her life to the fastest growing space company in history, contributing to its excellence in business discipline and restoring the US as a major space launch provider. Her two degrees (BA and MA) in mechanical engineering and applied math from Northwestern University, along with her undergraduate concentration in economics, have served her very well in working with SpaceX engineers and in explaining both the technical and the business details to customers, at conferences, and to the Congress. She previously worked at the Aerospace Corporation and Microcosm, Inc. During her career she has authored dozens of technical papers on spacecraft design, and also participates in STEM scholarship programs.

The work currently progressing at SpaceX has a high potential of finally allowing the long awaited economic breakout into space. The core mission of SpaceX is to lower the cost of accessing space by creating a system of reusable rocket boosters and spacecraft, with a policy of continuous improvement. The company was founded in 2002 by Elon Musk and Tom Mueller. It has grown to over 3000 employees and is now the world’s largest producer of rocket engines. The company has a manifest of about 50 launches, has already provided several resupply missions to the Space Station, recovering its Dragon capsule safely each time, and will be testing new hardware in 2014 leading to a reusable rocket first stage within a few years. The company’s long-range goal is to create a fully reusable space transportation system to allow large numbers of people to reach Mars.

About the Space Pioneer Award:

The Space Pioneer Award consists of a silvery pewter Moon globe cast by the Baker Art Foundry in Placerville, California, from a sculpture originally created by Don Davis, the well-known space and astronomical artist.  The globe, as shown at right, which represents multiple space mission destinations and goals, sits freely on a brass support with a wooden base and brass plaque, which are created by Michael Hall’s Studio Foundry of Driftwood, TX. There are several different categories under which the award is presented each year, starting in 1988.  The NSS Awards Committee has been chaired by John Strickland since 2007 and its members seek prestigious award candidates on a continual basis.

About the ISDC:  The International Space Development Conference (ISDC) is the annual conference of the National Space Society bringing together NSS leaders and members with leading managers, engineers, scientists, educators, and businessmen from civilian, military, commercial, entrepreneurial, and grassroots advocacy space sectors.