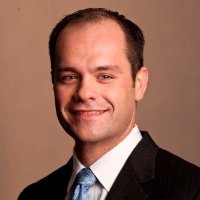 SpaceX is the winner of the National Space Society’s 2016 Space Pioneer Award for Science and Engineering. This award recognizes the company’s recent major achievement, the historic first landing of the Falcon 9 rocket on Dec 21, 2015, which was a major step toward fulfilling one of the major “holy grail” quests of the space community – reusability. This flight marked the first successful vertical landing by a large first-stage rocket, which reached space and whose second stage carried a payload into orbit. Creating reusable rockets is a fundamental requirement for spaceflight to be inexpensive enough for general and large-scale use. Josh Brost, Director of Government Business Development at SpaceX, will accept the award in the name of SpaceX on May 20 at the National Space Society’s 2016 International Space Development Conference® (isdc2016.nss.org). This will be the 35th ISDC and will be held in San Juan, Puerto Rico, at the Sheraton Puerto Rico Hotel and Casino. The conference, open to the public, will run from May 18-22, 2016.

The Space Pioneer Award consists of a silvery pewter Moon globe cast by the Baker Art Foundry in Placerville, California, from a sculpture originally created by Don Davis, the well-known space and astronomical artist. The globe, as shown at right, which represents multiple space mission destinations and goals, sits freely on a brass support with a wooden base and brass plaque, which are created by the greatly respected Michael Hall’s Studio Foundry of Driftwood, TX. NSS has several different categories under which the award is presented each year, starting in 1988. Some of the recent winners of Space Pioneer Awards include Elon Musk, Ray Bradbury, Robert Bigelow, citizen astronaut Anousheh Ansari, Dr. Kip Thorne, and the European Space Agency (ESA) Rosetta mission team.

SpaceX designs, manufactures, and launches the world’s most advanced rockets and spacecraft. The company was founded in 2002 by Elon Musk to revolutionize space transportation, with the ultimate goal of enabling people to live on other planets. Today, SpaceX is advancing the boundaries of space technology through its Falcon launch vehicles and Dragon spacecraft.