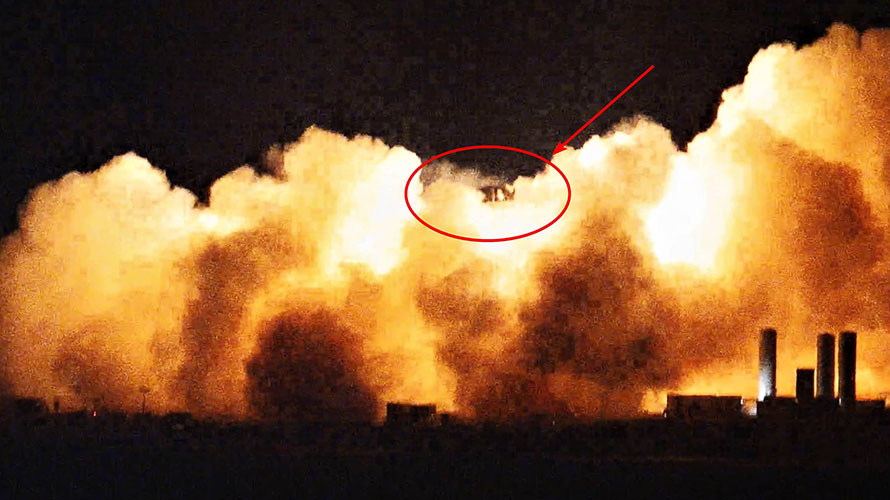 On July 25, 2019 Starhopper rose to an altitude of approximately 20 meters at the SpaceX McGregor Texas facility while also performing a pad translation. Starhopper is a low fidelity prototype, intended to test Raptor engines and control systems for eventual use in the Starship spacecraft and Super Heavy booster. Raptor is a high efficiency full-flow staged combustion (FFSC) engine, which combines both fuel engine gasses and oxidizer preburner gasses within the main combustion chamber (closed cycle). This is the first time an FFSC engine has ever flown although both the USSR and U.S. Air Force in the past have been involved in the development of this engine type. Another noteworthy point: Raptor is fueled by methane, unlike the commonly used RP-1 (refined kerosene) and liquid hydrogen fuels.

Not only was the flight itself impressive, but so was Starhopper’s rapid development pace. With SpaceX, apparently failure is an option: i.e. test, correct, re-test and so forth. In December of 2018 Elon Musk tweeted the Starship (later designated hopper) “hop test could start in early 2019.” The following January Starship Hopper was spotted with a trio of Raptor engines. In March Starhopper was moved to the launch pad and static tests began. In June Musk tweeted that a Raptor engine “liberated” an oxygen turbine stator during testing and would need updating. A rapid sequence of tests followed in July where problems relating to vibration and a leaking methane valve on July 24th created a fire which was widely reported in the media but did not damage the vehicle. All these problems were addressed and quickly corrected. The very next day, on July 25th, the successful 20-meter hop occurred only 7 months after Musk’s December announcement.

And there is more. According to Musk, these tests will lead directly into the first static fire and flight tests of what he deemed “Mk 1” Starship prototypes, two of which are simultaneously under construction in Texas and Florida. The Mk 1 flight tests could begin as early as September or October.