The Bell Tolls Again – Whither SLS/Orion? 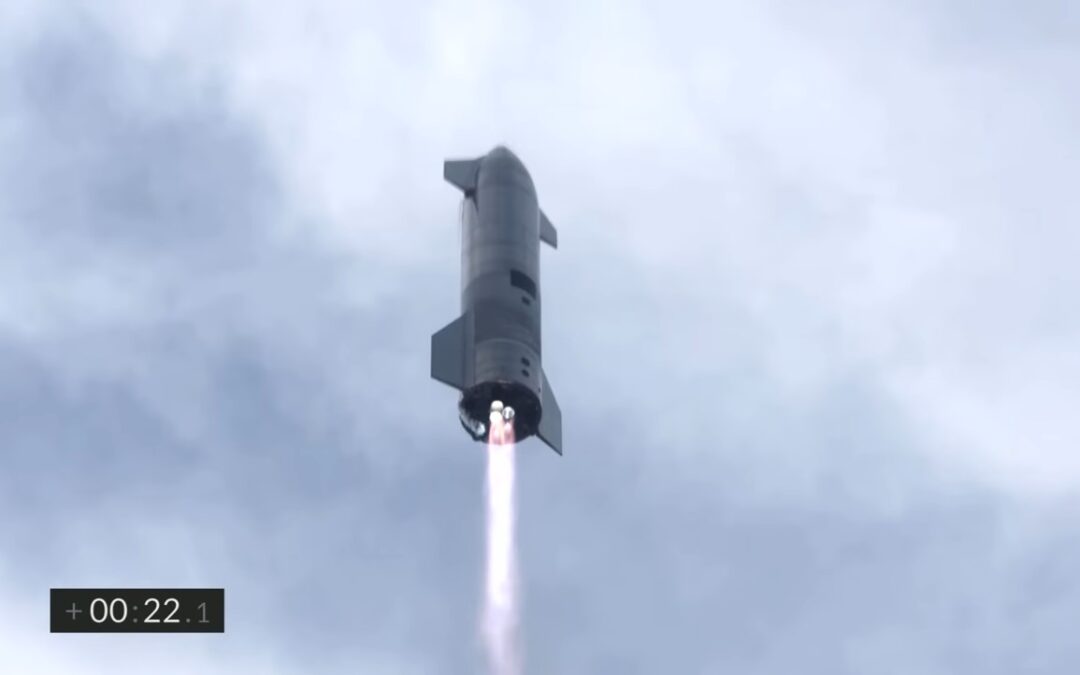 A bit more than a year and a half ago [August 28, 2019, to be exact], I wrote a blog post that examined what criteria would force even the most conservative space planner to abandon SLS/Orion. I don’t want to bore you by repeating the previous post, and instead will focus on updating those areas that need updating.

With SpaceX having recently lofted the first full crew on a Dragon 2 to the ISS, it would seem reasonable to check this box. However, since Boeing encountered significant issues with first Starliner test flight being unable to dock with the ISS, the Commercial Crew box can’t be fully checked. The uncrewed reflight of the first Boeing Starliner test is currently scheduled for April 2, 2021 (although an additional two week delay has been announced by NASA), with the first Starliner test crew in September 2021. It’s now looking like the first half 2022 before Starliner starts to seem really operational, by which time SpaceX may have flown as many as four or five crew Dragons, since commercial flights are now appearing in addition to the NASA flights. Two NASA crewed flights (April 20, 2021, and Sept 13, 2021) plus three commercially funded crewed flights (Axiom, Space Adventures, and Inspiration4) on Dragon 2 are in the hopper.

Although a really crazy conservative planner might wait for 2022, cutting back Commercial Crew at this point is off the table, and the dramatic success SpaceX has provided at least gives cover to discuss the future of SLS.

Where do we stand on the 10 consecutive Falcon Heavy flights?

Sadly, there were no FH flights in 2020. The pandemic may have something to do with that, but it is a “fact on the ground.” However, I note a subtle yet important change – the AFSPC flights are now USSF flights [United States Space Force], which is a milestone all by itself.

The manifest now looks like (and recalling that we are not counting the first FH flight as it used somewhat different hardware):

The good news is that 80% of the needed flights are under contract. Another piece of good news is that NASA has plans to use the FH for cargo flights to the Lunar Gateway, which, assuming the Lunar Gateway survives the new Congress, puts two more flights on the manifest. With the recent re-focusing of the Europa Clipper launch away from SLS, and SpaceX winning the launch contract for the first Gateway elements, it certainly appears that NASA is finally starting to embrace the Falcon Heavy, something that has been a long time in coming.

Perhaps more importantly, SpaceX won 40% of the National Security Space Launch (NSSL) contract, which will be an on-going source of flights for the FH. The NSSL contract is an especially juicy present for SpaceX since it includes “extra” funds to cover a larger fairing for the FH, as well as vertical integration for both F9 and FH. These extras should have a positive impact on the FH manifest over time.

The bad news is that all ten have not yet been flown, and that commercial interest in the FH has been limited. My prediction was that this goal could be plausibly achieved by the end of 2023, which is now looking like 2024.

The real danger to the FH, as we will see later, is that StarShip/SuperHeavy will supplant it before it hits ten flights.

When will a HLV other than the FH fly?

Vulcan recently saw its first flight of the Cargo DreamChaser delayed to 2022, leaving only a single flight still planned for 2021 – the Astrobotic lunar lander. Fortunately for ULA, the USSF has agreed to allow certification based on only two launches provided ULA provides a high degree of data transparency for the first two flights. A “fully functional” Vulcan is currently on the pad for a variety of tests, although the BE4 first stage engines are “fit test units” and are not flight ready.

The good news here is that ULA has manifested almost 10 Vulcan flights, with a reasonable chance of picking up at least a few more NSSL flights during the same period since ULA won 60% of the NSSL contract against 40% for SpaceX. I predicted the 10-flight milestone would be achieved in 2024, but now 2025 appears more likely, with delays in the BE4 engine and the pandemic the main culprits.

New Glenn still has a manifest for more than 9 flights, but 5 are with OneWeb, which has just come out of bankruptcy, so we have to regard these as soft. The solid support is that the BE4 engine will be ready in 2021, since it is also being used by Vulcan, and Vulcan appears to be on schedule for a late 2021 initial launch. Blue Origin announced February 25, 2021 that the first New Glenn launch slipped to late 2022.  This is a change from my projection, so New Glenn is looking at 2025 to hit the ten-flight milestone assuming 3-4 flights per year, oddly similar to when Vulcan should be ready.

The net is that there is a near certainty that we’ll end 2025 with three operational HLVs – FH, Vulcan, and New Glenn – ready to stand in for SLS. Perhaps of greater significance is that by 2022 [next year!] we will have two operational heavy lift alternatives to SLS, although with both still short of the ten-flight metric.

Status of New Projects for Marshall

A February 12 study from the National Academies “Space Nuclear Propulsion for Human Mars Exploration” endorses research and development for both nuclear thermal and nuclear electric population systems. Buoyed by strong Congressional support in the 2021 appropriations bill enacted in December 2020, NASA is required to spend $110M on NTP development, including for work leading to a flight demonstration. These events bode well for the future growth of NTP work at Marshall spaceflight center, an almost certain political necessity in the event of SLS cancelation.

What’s going on with StarShip/SuperHeavy?

As I hinted above, the real challenge to FH, as well as to Vulcan and New Glenn – is that posed by SS/SH. We’ve seen two wingless “grain silo” flight tests in 2020, and SN8 and SN9 have made high-altitude flights that demonstrated the aero surfaces and flight profile, but came up short in the landing. On March 3rd, SN10 “stuck the landing” but exploded on the pad ten minutes later. A vehicle assembly building for SuperHeavy (SH) seems basically completed, and work on the SH launch stand is well along. Parts and sections of the first two Super Heavies litter the ground at Boca Chica, along with a veritable fleet of StarShips in different stages of construction. Somewhat confusingly, the first SH is referred to by SpaceX as “BN1”. I anticipated the first StarShip landing before the end of 2020, and the first SuperHeavy flight/landing in 2021. While the second date is still barely possible, we did not see a Starship landing 2020. The good news is that a fully successful Starship landing is a high probability milestone for 2021.

2022 seems like the magic year for an orbital SS/SH flight, meaning that SS/SH could beat New Glenn [although probably not Vulcan] to orbit. The big difference between SS/SH and FH/Vulcan/New Glenn is that SpaceX is expected, once an orbital version with a working 2nd stage heat shield exists, to start launching a lot of Starlink satellites really fast. SS/SH might hit ten flights by the end of 2023, beating all of its competitors to the 10-flight milestone.

We could actually close out 2023 with FH close to ten flights, Vulcan at the 5-6 flight level, and New Glenn with a couple of flights to its credit, but with SS/SH having flown more than ten times. This is really bad news for New Glenn and Vulcan, but especially for New Glenn.

Meanwhile, back at the Ranch – how is SLS coming along?

The first uncrewed flight of SLS is currently expected in November 2021, with the next, crewed flight in 2023, replicating Apollo 8. With the various “Green Run” testing issues, at least a couple of month slip seems likely.

We could roll into 2023 with a single SLS on the pad at the Cape poised to repeat Apollo 8, with Falcon Heavy most of the way to ten operational lights, and with both Vulcan and New Glenn flying…but with StarShip/SuperHeavy launching 250 Starlinks every week at a very low cost compared to its competitors.

It’s a bit fuzzy what SpaceX will be focused on in 2023, but most probably SpaceX will be launching Starlink and testing orbital refueling. The most likely mission for a demonstration of orbital refueling would be an uncrewed DearMoon, delicately timed to allow Artemis 2 to happen first. Getting SS/SH “crew ready” for DearMoon will require test flights as well, but I anticipate SpaceX will find clever ways to parcel out the 1000 cubic meters of SS volume between paying customers and SpaceX DearMoon testing.

In this scenario, the successful return to Earth of an uncrewed DearMoon StarShip would be the final bell for SLS, probably in 2024 after the third SLS flight. SLS may struggle on a bit longer while SS/SH is crew certified, but the handwriting will be on the wall.

More speculatively, if Artemis 1 flies as planned in late 2021, but SS/SH reaches orbit soon thereafter, it is hard to imagine this not having a significant impact on space planners. Indeed, we are already seeing the drums start to beat for SLS cancelation – see drum1, drum2, and drum3.

As we’ve seen from the current pandemic, there are things going on the in the world that can – and do – impact space projects. Although the vaccine situation is starting to look promising, we are – and will continue to be in – a very high-risk situation at least through the end of 2021.

Recently Musk himself apparently tested positive for Covid-19, so the risk of major issues is real. With the coming of the Biden administration, one could image new, aggressive regulations shutting down Starlink, putting SpaceX in a tough spot. One could also imagine an implosion at Tesla distracting Musk. And so on.…

It’s risks like these that keep the conservative space planners of the world up at night, and often make them appear insanely conservative. Still, there is good reason to anticipate that during 2023 or 2024 the final bell will toll for SLS.