The Enduring Mystique of John Young 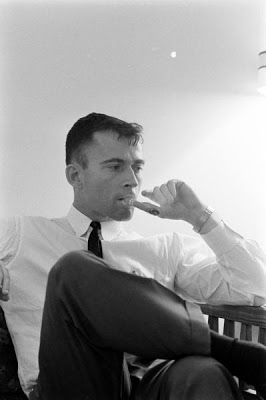 When smoke gets in your eyes: 1965 Life magazine photo.

In September, John Young’s autobiography Forever Young, edited by Neil Armstrong’s biographer James Hansen, was released at long last. So far, the biography has received mixed reviews – there are, alas, some factual errors in the book. Memory is fallible and John Young is 82 years old. However, there was one fact Young finally admitted to in the book that piqued my interest.

In the chapter discussing his childhood, Young remembered something from when he was merely five years old, which had to have taken place circa 1935 or 1936. One night, his mother was taken from the family’s home in a funny-looking nightgown. Years later, Young realized what the nightgown really was – it was a straitjacket.

John had no idea his mother had schizophrenia, a mental illness that is not understood well in 2012, much less in the mid-1930s. His mother, Wanda, was taken to Florida’s state mental hospital in Chattahoochee, which at best was a grim place; it was Florida’s only state institution until 1947. Despite having absentee parents (his father, Hugh, was away during most of his childhood due to World War II), John succeeded in school and would attend Georgia Tech, taking a US Navy commission upon graduation. The rest, as they say, was history; John Young ended up becoming a test pilot and one of the most iconic US astronauts. He made it all look incredibly easy, in retrospect.

Maybe I’m reading way too much into the admission that John Young grew up without a mother, but to me, this shed some light upon the enduring enigma that is his life. Young is rather famously shy and quiet about press attention and often looked fairly uncomfortable in the spotlight, starting as early as 1962 when he and his fellow New Nine colleagues were paraded around at various NASA press conferences. This shyness persisted through his last known public appearances in the last decade, around 2009. Even his Gemini 10 partner, Mike Collins, described him as “mysterious” in his 1973 book, Carrying the Fire. Collins made it clear that despite the hundreds of hours he spent with Young, he didn’t really “know” him.

Maybe John was nervous about people knowing too much about him and making judgments based on his family history. Maybe there was part of him slightly terrified of possibly being compared to his own mother, despite his calmness and noted reticence. Or maybe he just wanted some peace and quiet away from the glare of the flashbulbs. Who knows – as far as I know, John won’t be available to talk about these things. Despite the release of his autobiography, John Young is still a closed book. Perhaps that’s how he would have wanted it.

What I do know is that despite some of the errors in the book, Forever Young is essential reading for space buffs. John’s memories of Gus Grissom – an astronaut whose life was even more of a mystery, due to his untimely early death – are wonderful and deserve attention. It just strikes me that in a bid to get closer to the public – and with the admission of a somewhat flawed, less-than-perfect childhood – John Young remains more of a mystery than ever, even after setting down his life story on paper. What a way to say one final “goodbye” to public life. 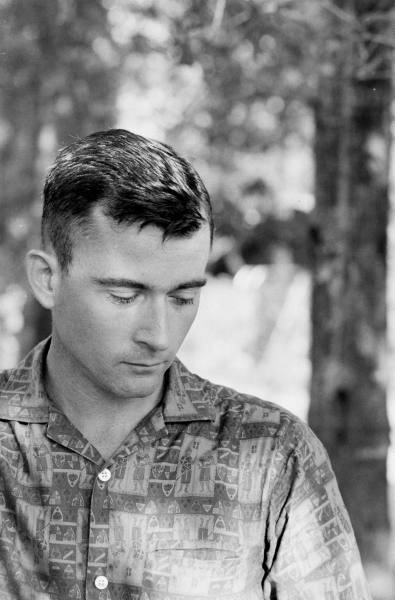